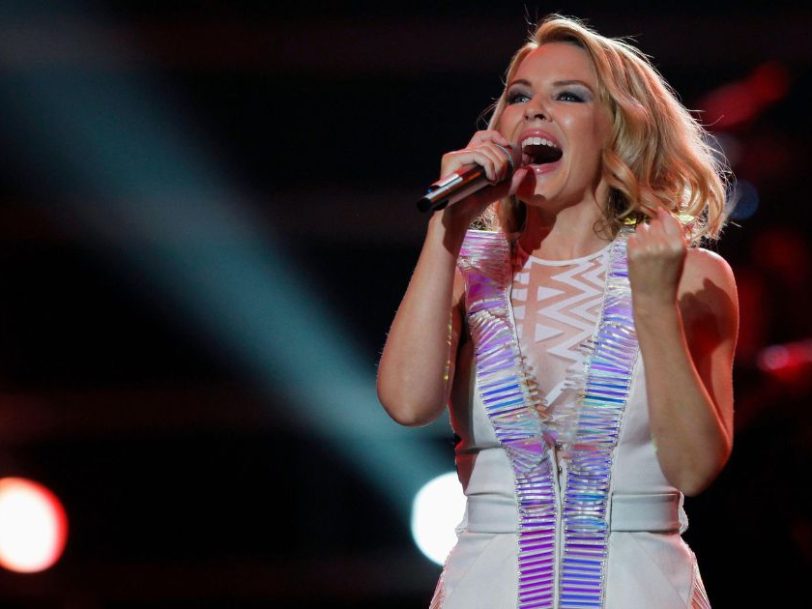 All The Lovers: The Kylie Minogue Song That United All Communities

The song that gave Kylie Minogue’s fan community its name, All The Lovers is also one of the Australian singer’s most celebrated singles.

Such was the pent-up demand for new Kylie Minogue material in 2010 that, on its advance release, a short clip of her song All The Lovers caused the singer’s website to crash.

The pairing of Australia’s biggest musical export and super-producer Stuart Price, best known for his work on Madonna’s disco revival Confessions On A Dance Floor, had been hotly anticipated and, when fans heard the 30-second instrumental clip of All The Lovers, there was a sense of keen expectation likely to be met. The short segment of the song’s hedonistic electronica had a blissful, dreamlike quality that matched the optimism of Kylie’s moment – she was recently revealed to be in a new relationship – and the music she was creating with Price and Jim Eliot, from electro-pop act Kish Mauve, appeared to be upbeat, celebratory and determined to put a difficult patch behind her.

“I felt confident with him. He allowed me to shine”

Kylie had been in recovery from cancer for a few years, and if 2007’s X album and an appearance on that Christmas’s Doctor Who episode had signalled a determination to get her professional life swiftly and determinedly back on track, sessions for her new record, Aphrodite, had been more leisurely. “I was so relaxed with Stuart,” Kylie said at the time. “We just did it on the studio mic; I wasn’t separated in another room. I felt confident with him. He allowed me to shine.”

Released as a single on 11 June 2010, All The Lovers had been one of the final tracks to be recorded for Aphrodite, but Kylie sensed immediately it should be the record’s lead single. “It sums up the euphoria of the album perfectly,” she said. Indeed, there is an effervescent sparkle to the track that echoes past glories such as 2004’s I Believe In You and, while the structural security of Kylie’s trademark dance sound remains, All The Lovers has a more textured, organic orchestration.

In 2010, Kylie was still routinely played on BBC Radio 1, and she chose the pop station to launch the single, which entered the UK charts at No.4 before peaking at No.3 in the coming weeks, with interest further fuelled by its iconic promo video. Directed by Korean-American filmmaker Joseph Kahn across two days in downtown Los Angeles, the clip sees Kylie emerging atop a flash-mob of writhing bodies locked in various states of passionate engagement. “It is a perfect and genuine expression of how I feel about sexuality and sensuality. I totally believe love should be for love’s sake,” the singer told The Melbourne Herald. “It doesn’t look I’m doing a lot in that clip,” she added. “But being held up and trying to balance in heels at the top of that thing, I ached at the end. It was like doing Pilates for 48 hours!”

Critics approved of the track, and it topped the US dance charts but, despite the generally positive reception, All The Lovers stalled outside the Top 10 in Kylie’s homeland, and any sort of impact on the Billboard Hot 100 proved frustratingly elusive once more. No matter. Kylie was beginning to realise US hits weren’t going to routinely come her way, and there was little time to dwell on what might have been; Aphrodite needed promoting and there were further singles to release. But it didn’t end there for All The Lovers. Songs as spirited as this can sometimes have a habit of securing their own afterlife…

All The Lovers naturally featured in the setlist for 2011’s Aphrodite: Les Folies Tour, but it has been picked again for live shows in subsequent years, including in a stunning part-acoustic treatment on the Golden tour of 2018 to 2019. In time, it became no exaggeration to claim All The Lovers among the best Kylie Minogue songs; in truth, it rather dominated Aphrodite, but every successful album needs a signature cut and, in this one, Kylie picked something pitch-perfect for the 12-track project that’s among her most celebrated, with the term “Lovers” even becoming established as Kylie’s pet name for fans. Now that’s some special legacy…