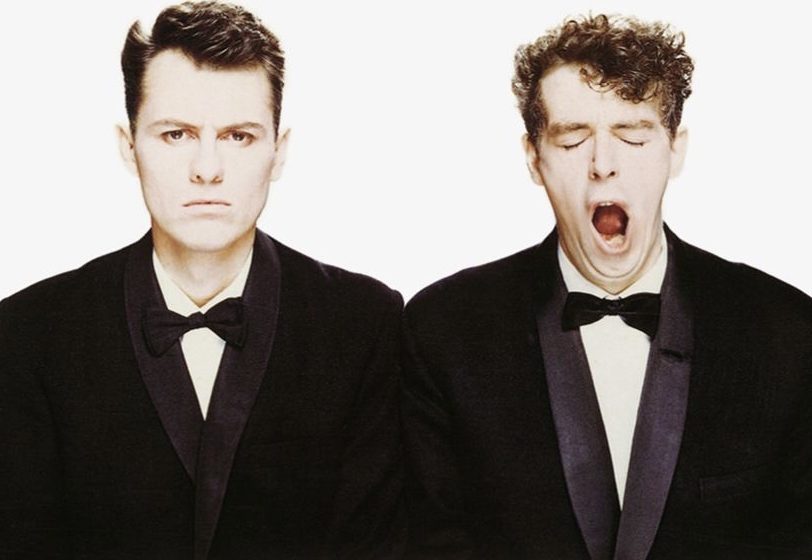 Determined to shape things their own way, Pet Shop Boys’ sophomore album, ‘Actually’, was an even bigger success than their first.

Second albums are supposed to be difficult but, of course, Pet Shop Boys have made a career out of doing things differently. Inevitably, then, Actually marks a commercial high-point in the duo’s lengthy recording career, and commanded a fair share of critical acclaim on its 7 September 1987 release, too.

“I felt we had the secret of pop music”

The contrary ten-track collection may lack the sort of thematic focus that characterised Neil Tennant and Chris Lowe’s approach to many later albums, but there’s a consistency in two simple things: great songs and the confidence that comes from a developing track-record of creating hits. “I felt at this time that we had the secret of contemporary pop music, that we knew what was required,” admits Neil. “We entered our imperial phase… It was very exciting.”

The reason behind this confidence perhaps lay in the decision to sidetrack the predictable but creatively damaging demands of an international tour. Instead of embarking on lengthy treks around the world, Pet Shop Boys channelled their efforts towards ubiquitous TV promotion (essential for chart success back then – unless you were lucky enough to be a US superstar) and the creation of projects such as Actually.

A landmark album, many of its songs had been around a while. What Have I Done To Deserve This? had been written in early 1985 with songwriter Allee Willis and was shelved until Neil and Chris could persuade Dusty Springfield to come out of retirement for this pop masterpiece, which peaked at No.2 on both sides of the Atlantic. Album opener One More Chance had been recorded with Bobby O, and had even been released as a single in that early form in in the US and Belgium in 1984. Re-recorded here with Julian Mendelsohn, it perfectly established Actually’s tone: intelligent pop-dance where melody and mood demands as much attention as the beat.

Shep Pettibone, later to famously work with Madonna on Vogue, was another remixer du jour drafted in to add a layer of cutting-edge production over the duo’s ambitious material. His work on I Want To Wake Up is among the most interesting of Pettibone’s early productions, nicely signalling his versatility at a time when he was more often found reworking tracks for the latest 5 Star 12”.

Breaking most of the rules

The decision to work with a range of producers certainly adds to the contrasting tones on Actually. The majestic King’s Cross, created with Stephen Hague – who had produced Pet Shop Boys’ debut album, Please – is as ambitious as any piece of musical theatre, with its damning observation of Thatcherism, and closes the album on a sombre note. It’s closest in character here to Rent, again written years earlier, and a surprise choice for single release in late 1987, peaking at UK No.8. The group would revisit the song two years later, when they produced Liza Minelli’s comeback album, Results.

Two other bigger hits are the UK chart-toppers Heart and It’s A Sin. The former is an unapologetic pop cut, once considered worthy of submission to Madonna and, more seriously, Hi-NRG icon Hazell Dean, but instead held back for this release. The latter, the band’s most celebrated dance stomper, started life in 1982 and wasn’t even going to be Actually’s first single until executives at EMI persuaded the band it was the most commercial track on the record. Recently inspiring the title of Russell T Davis’ essential AIDS TV drama, It’s A Sin’s legacy is secured – it remains one of the best Pet Shop Boys songs of all time.

With the charismatic but ever-so-slightly eccentric Shopping (can you imagine a more Pet Shop Boys song title?) a natural companion to the dance number Hit Music and contrasting with the more reflective It Couldn’t Happen Here and I Want To Wake Up, the high-concept light and shade of 80s culture is brilliantly imagined on Actually. Pet Shop Boys’ cinematic ambition was soon seized upon by the band’s backers, with the It Couldn’t Happen Here film (reissued in 2020, after years of being out of circulation, on Blu-ray and DVD) setting the music from Please and Actually to a storyline co-written by the duo.

By simply breaking most of the rules the industry set around them, Pet Shop Boys claimed a commercial sweet spot that didn’t demand creative compromise. In the 80s, out-and-out revolutionaries could come in the most surprising of forms.