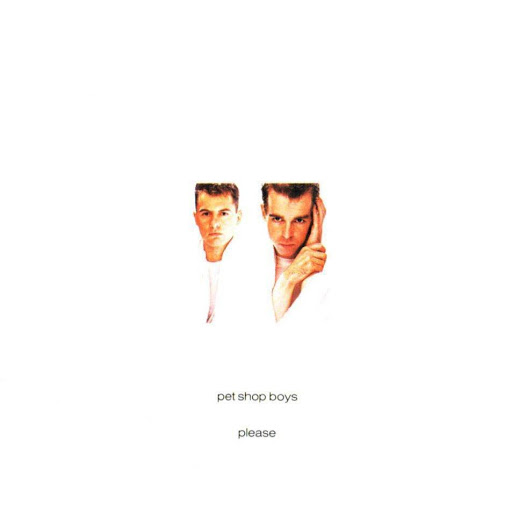 Please: Why We Should All Give Thanks For Pet Shop Boys’ Debut Album

By the mid-80s, the bright Technicolor of new-pop had dimmed and the Second British Invasion was losing ground. US icons such as Bruce Springsteen, Madonna and Prince now dominated the charts, and even veteran rock royalty was resurgent, fuelled by the charitable pomp of Live Aid in the summer of 1985. It seemed the moment for intelligent electronic music had long passed, so the international success of Pet Shop Boys’ West End Girls, released as the first single from their debut album, Please, took everyone by surprise – not least of all Chris Lowe and Neil Tennant.

Theirs had been a relatively modest ambition: to have a 12” single sold from the import racks inside one of London’s trendier record shops. When Smash Hits journalist Tennant was sent to New York to interview The Police in 1983, he seized his moment and played dance producer Bobby O a selection of the demos he had been working on with Lowe for the past 18 months. O’s subsequent work on a first pass at West End Girls led to an underground dance hit and fuelled enough interest to issue a second cut, One More Chance. Building sufficient momentum to secure a deal with iconic British record label Parlophone, Pet Shop Boys’ first major release was Opportunities (Let’s Make Lots Of Money). It failed to enter the UK charts, but Tennant had enough confidence to quit his day job and start working full-time with Lowe on an album.

Pet Shop Boys’ manager, the late Tom Watkins – later to also score success with Bros and East 17 – suggested the duo work with fledgling pop powerhouse Stock Aitken Waterman, but Tennant and Lowe held out for their first choice: Stephen Hague, who had recently enjoyed an influential hit with Malcolm McLaren on Madame Butterfly. Hague’s input on a newly recorded West End Girls, which had started life as a straight-up rap, was considerable. He slowed the track down and layered it with atmospheric orchestration, weaving in Helena Springs’ classic vocals. It took a week to record, but that was time well spent: after an agonising leisurely crawl up the British charts, the song finally made No.1 in January 1986.

The Italo-disco influence on follow-up single Love Comes Quickly is obvious, and its haunting melody has ensured its long-running place among the best Pet Shop Boys songs. Hague scored a writing credit for his efforts to deepen the song’s musical structure, its fluttering handclaps neatly positioning the midtempo ballad closer to the dancefloor in an example of melancholy hedonism that offers early evidence of the pair’s signature style.

While Love Comes Quickly failed to emulate its predecessor’s success on the charts, it set Please up nicely for its 24 March 1986 release. The ten-cut album made No.3 in the UK just as West End Girls started its most unexpected journey – a climb to the top of the US Billboard chart in May (Please would hit No.7 stateside later in the year). Everything was in place, and the album’s minimalist cover – a shot rescued from a Smash Hits photo session by Eric Watson – is the genesis of Pet Shop Boys’ careful visual curation of their material and the beginning of a long-standing collaboration with acclaimed designer Mark Farrow.

Opening the record with Two Divided By Zero was a bold move; there are more accessible moments on Please, but Tennant believes it’s the album’s best-sounding track, its robotic vocal adding a layer of haunting monotone to the frenzied dance electronica. The re-recorded Opportunities (Let’s Make Lots Of Money) at last made the charts and served the first evidence of the duo’s reputation for mannered observation. Intended as an attack on the music establishment, the Hague re-recording was issued as the album’s third single, in May 1986, peaking at UK No.11.

Suburbia was Please’s final single, issued in the autumn of the same year and returning Pet Shop Boys to the UK Top 10 for the first time in nearly 12 months. The album version was re-recorded for single release with Julian Mendelsohn, who layered it with soundtrack effects and richer orchestration, but the original – allegedly rushed through as sessions for Please ran out of time – already offers enough cinematic scale to signpost it an obvious hit.

With Tonight Is Forever – almost issued as a single but reconsidered after a fated live appearance on The Tube – there’s again that familiar thread of melancholy in a midtempo track: lyrics speaking of a flash of romantic possibility that fails to fully take flight. It would have made a worthy follow-up to the band’s first chart success. Elsewhere, moody electro-ballad Violence echoes the work of earlier synth pioneers Soft Cell and was the last track to be written for Please. Guest vocalist Helena Springs again works so well here, demonstrating how effectively Tennant’s voice complements other singers’.

The album’s final stately ballad, Later Tonight, showcases a gay narrative that, back then, went largely unnoticed by the wider public; today, one can’t help but be surprised by how much people missed. I Want A Lover is a slab of relatively unrefined Hi-NRG, familiar in the 80s as the sound of the gay dance scene, while the album’s closing track, Why Don’t We Live Together?, is a pop-dance romp and the cut most obviously calling out for the Stock Aitken Waterman treatment the group turned down. Like Don’t You Want Me, which closed The Human League’s Dare half a decade earlier, it’s a melodic, accessible digestif and certainly the Please single that should have been.

It’s telling just how many great songs were written for Please but set aside for a later date – It’s A Sin among them. There’s nothing remotely hesitant or experimental about Pet Shop Boys’ debut album – its rich electro-pop tapestry is confident and assured. Whether or not Tennant and Lowe truly knew this at the time, they had found a formula that would see them eventually crowned Britain’s most successful music duo. Pet Shop Boys might have adopted a mannered politeness, but theirs was a steely manifesto of powerful pop-art right from the start.