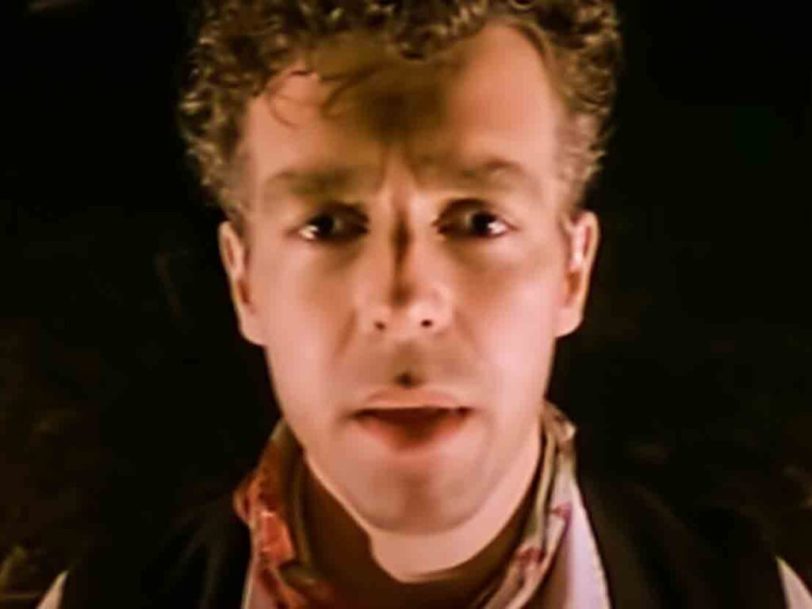 The song most associated with Pet Shop Boys, It’s A Sin has become an anthem for a new age all over again.

The renaissance of one of Pet Shop Boys’ best 80s singles in 2021 is largely down to one man – Russell T Davies, the celebrated TV maverick behind hits such as Queer As Folk and the revival of Doctor Who. When he was searching for a new name for his seminal AIDS and HIV drama It’s A Sin (after its working title of The Boys had been seized by an Amazon show) his inspiration came from a classic 1987 No.1 song that had been written five years before its eventual release.

One of Chris Lowe’s keyboard riffs, created in a recording studio in Camden, London, seemed to Neil Tennant to have an almost religious tone. He created a set of lyrics for the music in just a few minutes, and the pair could sense its potential from the get-go. “Having thought of the phrase ‘it’s a sin’, I thought, What’s a sin? And, having been brought up a Catholic, you thought everything was a sin,” says Neil. “You’re told that thinking about it is as bad as doing it. The song was meant to be kind of big and funny and camp.”

An early demo of the track, created with Bobby O in New York, at sessions that led to the first release of West End Girls, goes heavy on the cowbells so popular at the time in the boystown dance scene, but the search for the right producer wasn’t without its problems. The maverick trio of Stock, Aitken & Waterman became early favourites for the task until Pete Waterman decided he didn’t care for the tune that much after all. Hopes then turned to Ian Levine (in those days the more obvious Hi-NRG hitmaker), but he passed on a plan to record it with Miquel Brown, who had recently enjoyed a huge club smash with He’s A Saint, He’s A Sinner. Levine decided the song’s theme would revisit too-familiar ground for Brown, and a third option of getting Divine to cut it also went nowhere.

No surprise, then, that the troublesome number didn’t make the pair’s debut album, Please, recorded after the surprise global triumph of West End Girls in early 1986. With the duo famously reluctant to commit to a tour, they turned their thoughts to recording a follow-up (in between gruelling promotional duties for hits from their first record). It’s A Sin was an obvious candidate for the album that became Actually, but the band were still struggling to create a recording everyone was happy with. Australia’s Julian Mendelsohn was finally tasked with making the song work – and, even then, Neil and Chris weren’t entirely satisfied (Neil later claimed his vocals weren’t good enough). They asked Please’s producer, Stephen Hague, to remix the track and, with vocoders added and orchestration removed, this time it passed muster.

With such a provocative title (for all its flamboyance, the 80s was a doggedly conservative time), and perhaps because of its somewhat stop-start genesis, Pet Shop Boys decided to release Heart as Actually’s first single – until their then manager, the late Tom Watkins, told them that executives at Parlophone, the duo’s record company, were actually much keener on It’s A Sin. Plans were rearranged and the single debuted at No.5 on the UK charts the week ending 27 June 1987, and made it to the top of the pile just seven days later for a three-week run. Despite their success so far, this was another major gear-change for the band.

The fuss the record caused perhaps proved inevitable. Tabloid featured attacked what was perceived as a veiled criticism of Neil’s religious upbringing and, most notoriously, accusations about the song’s origins. With later court damages paid to Pet Shop Boys and passed on to charity, the point was well and truly made: where there’s a hit, there’s a writ.

An anthem for a new age

What followed for Britain’s most successful musical duo after It’s A Sin was what’s widely regarded as the peak of their imperial era, from which many of the best Pet Shop Boys songs emerged. With artists such as Derek Jarman keen to collaborate (he would direct It’s A Sin’s promo video and work on the group’s eventual debut tour in 1989), the band would enjoy two further UK chart-toppers within a year, including the coveted UK Christmas No.1 with Always On My Mind.

When Russell T Davies’ TV show aired in early 2021, it made a huge star of its leading man, Olly Alexander, from hit band Years & Years. After his own stripped-back rendition of It’s A Sin won critical acclaim, Alexander teamed up with Elton John to perform a version at the BRIT Awards. The duet featured a blend of Olly’s torch-ballad treatment and the more familiar synth-pop ballast, with Neil and Chris’ contributions to the project remaining behind the scenes.

The song perhaps most associated with Pet Shop Boys, It’s A Sin is the perfect time capsule of high-production 80s drama – and, thanks to an inspired piece of thinking from the UK’s most celebrated screenwriter, an anthem for a new age all over again.

Check out our best Pet Shop Boys songs to find out where It’s A Sin ranks.