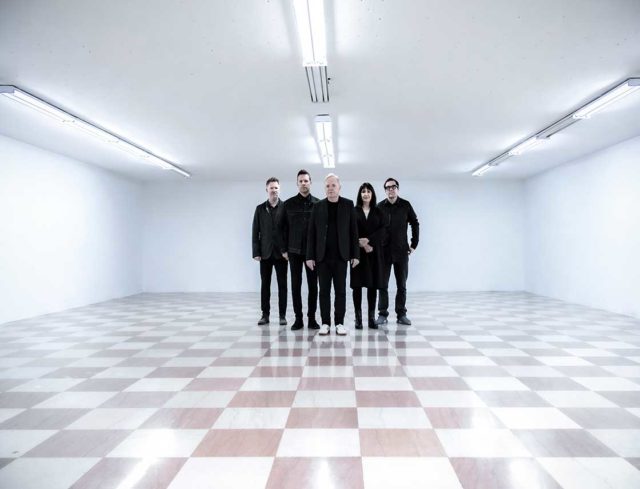 New Order have announced the release of Education Entertainment Recreation. A special performance, their only UK show of 2018 (November 9) at London’s Alexandra Palace and the first live show released on Blu-Ray from the band’s now established line-up of Bernard Sumner, Stephen Morris, Gillian Gilbert, Phil Cunningham and Tom Chapman.

Education Entertainment Recreation (Live At Alexandra Palace) will be released on 7th May and spans 2 hours 20 minutes. Opening with Singularity from Music Complete, they eased back in time to 1993’s Regret, to Love Vigilantes from 1985’s Low-Life to Ultraviolence from 1983’s smash hit, Power, Corruption and Lies. The set mixed New Order classics, as well as their latest acclaimed album (2015’s Music Complete) and covers of Joy Division’s finest songs.

Education Entertainment Recreation will be released on 7th May on various formats: 2CD audio, 2CD audio plus the film on BluRay, 3LPs and a limited-edition box set featuring all formats with a book and art prints.

The 22-song set spanned their entire career and blended eras and genres in the only show the band performed in the UK that year, before they headed off on a tour of Latin America.

The band announced the release on the two year anniversary of the gig – 9th November 2020, and shared a video on their Twitter account of what fans could expect.

On this day in 2018 the band performed a sold out show at @Yourallypally. The full concert will be released on multiple formats in April next year, in the meantime, here’s a little something to tide you over until then.

But now the wait is nearly over, as fans can pre-order the set ahead of its release in May.
It will also be something to watch and enjoy ahead of their next live concert, with the band planning a homecoming show in September this year at Manchester’s Heaton Park.