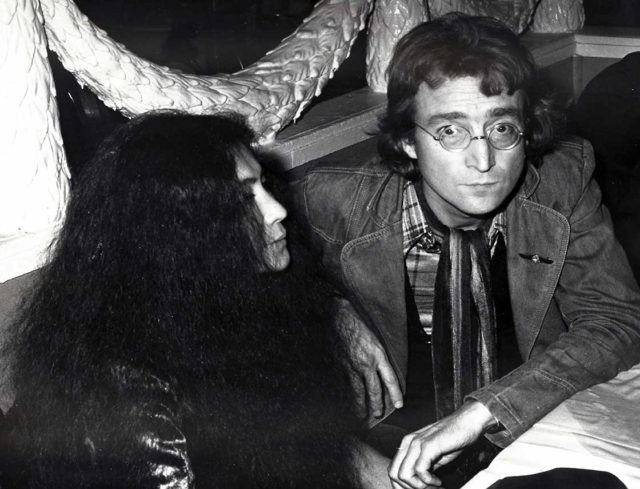 The copy of the Yoko Ono and John Lennon album, Double Fantasy, that was signed by John Lennon to Mark Chapman hours before Chapman murdered John Lennon is going up for auction.

This will be the third time since 1998 that the record has been auctioned, and the bidding is opening at $400,000. The record is being sold via Goldin Auctions and the auction house state that, “Lennon’s signature is in blue pen on the neck of the image of Yoko Ono on the front. Lennon also inscribed ‘1980’ below his signature. The numbers above Lennon’s signature in black marker are police evidence markings. On the back of the album on the upper right corner to the left of the song listings, handwritten in blue pen are other police markings that reads ‘Det M. Struk #7247 20 DET Sqd 1330 Hrs 12/9/80′”

John Lennon signed the album sleeve for Mark Chapman outside The Dakota, the apartment building Lennon lived in in Manhattan, New York on the 8th December 1980. John Lennon signed the record at around 5pm, when he left with Yoko Ono to go to the Record Plant Studio and when he returned at roughly 11pm he was shot and murdered by Chapman.

The record will be sold with a letter of authenticity and housed in a Plexiglass holder for protection.

In September this year, Mark Chapman apologised to Yoko Ono, nearly 40 years after the event. Attending a parole hearing, he apologised for crime, adding “I have no excuse. This was for self-glory. I think it’s the worst crime that there could be to do something to someone that’s innocent.”

“He was extremely famous. I didn’t kill him because of his character or the kind of man he was. He was a family man. He was an icon. He was someone that spoke of things that now we can speak of and it’s great.”