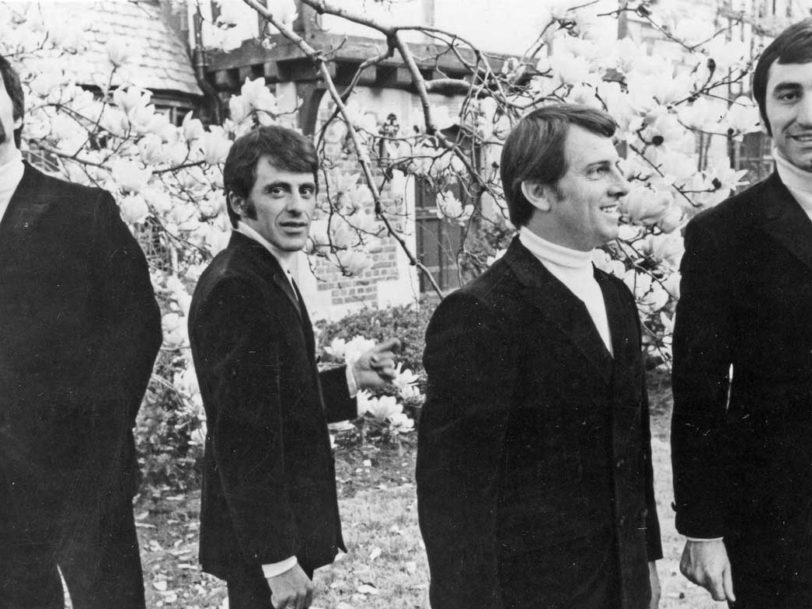 December, 1963 (Oh, What A Night): The Four Seasons’ Enduring Classic

A uniquely nostalgic coming-of-age song, The Four Seasons’ December, 1963 (Oh, What A Night) can still hypnotise and mesmerise.

The groovy opening of The Four Seasons’ 1975 hit December, 1963 (Oh, What A Night) instantly transports you back to the time of dagger collars, parachute pants and roller skating with friends. A timeless classic guaranteed to get anyone dancing, the song remains the soundtrack to unforgettable nights the world over.

Released, fittingly, on 1 December 1975, December, 1963 (Oh, What A Night) marked a distinct shift in styles for Frankie Valli And The Four Seasons, as the group moved away from their falsetto-soaked hits of the early 60s – Sherry, Big Girls Don’t Cry, Walk Like A Man – and embraced a more mature sound for a perfect coming-of-age tale.

The story of the song’s conception begins with producer and songwriter Bob Gaudio. An original member of The Four Seasons, Gaudio initially wrote it as a celebration of the repeal of prohibition in the US on 5 December 1933. The original lyrics mentioned flapper girls, parties and alcohol, but The Four Seasons couldn’t relate to the subject matter.

With some changes, the song took the form we all know and love today – December, 1963 (Oh, What A Night). Judy Parker (who later became Gaudio’s wife), suggested he rewrite it as a coming-of-age story in the form of a young man’s “first experience” – down to not even knowing the woman’s name, and the whole thing ending “much too soon”. While the song could easily be set in any year, it’s fitting that Gaudio’s rewrite took it to 1963: the early 60s was the most successful period in The Four Seasons’ career, while the late December setting calls to mind cosy fireplaces, twinkling lights and the torrid affairs of “cuffing season”.

December, 1963 (Oh, What A Night) attracted backlash, with some parents sending letters to both The Four Seasons and the radio stations that played the song, expressing their concerns that its subtext would rub off on their teenagers. After all, The Four Seasons had initially found commercial success as a clean, all-American group who sang innocent lyrics on 60s pop hits; this new single marked a shocking transition from the polite lyrics of Sherry, in which the girl “better ask your mama” if she can go out dancing.

The line-up that recorded December, 1963 (Oh, What A Night) wasn’t the original Four Seasons, but they brought the same high energy and unique blend of doo-wop-style vocals that fans had come to expect. Drummer Gerry Polci sang lead, unfolding the story as he effortlessly kept time with his hands and feet, while proving himself just as deft with the vocal melody. Frankie Valli performed the bridge – about the “funny feeling” felt when the woman “walked in the room” – perfectly with his vocal quivers. Around the time the group recorded the song, Valli had been suffering from otosclerosis, which meant that he was losing his hearing and had to begin singing from memory. Despite this, he blended seamlessly with the other voices. Meanwhile, the intermittent part that begins, “I felt a rush like a rolling ball of thunder,” was sung by The Four Seasons’ bass player, Don Ciccone. As a member of 60s pop group The Critters, Ciccone had written the song Mr Dieingly Sad, a minor hit in 1966. Hitting the highest notes in December, 1963 (Oh, What A night), Ciccone picked up on the disco trend of singing a falsetto in a syncopated rhythm, creating a bouncy vocal that would sit well alongside late 70s hits from Earth, Wind And Fire and Bee Gees.

While sex informs most disco lyrics – think of Donna Summer’s Love To Love You Baby –what sets December, 1963 (Oh, What A Night) apart is its uniquely nostalgic point of view. Reflecting on the simpler times of youth allows listeners of all ages to relate to the song, to think of all the paths they could have followed and the endless possibilities of what might have been. The poignant line “Why’d it take so long to see the light?” perfectly captures those wistful thoughts of carefree times when life seems to have fewer responsibilities and more fun.

The song’s instrumentation has all the staples of a mid-70s production: a funky bassline, punchy horns, chicken-scratch guitar and a synth solo that finds keyboardist Lee Shapiro quickly running up and down the keyboard. The Four Seasons’ voices are as impeccable as ever, but December, 1963 (Oh, What A Night)’s truly defining factor is the music: upbeat, catchy and just plain fun. The nonsensical “do-do-do, do-do”s sung at the end capitalise on the whimsical nature of the lyrics, which don’t need to be understood for the song to enliven the listener.

December, 1963 (Oh, What A Night) topped both the US and UK charts and became the most successful single in Frankie Valli And The Four Seasons’ lengthy career. Its popularity helped them become one of the only US groups to have topped the Billboard charts before, during and after British Invasion of 1964. Two decades years after its release, in 1994, December, 1963 (Oh, What A Night) charted once again, thanks to a remix by Dutch DJ and producer Ben Liebrand, which, after going gold in The Netherlands, went Top 20 in the US. With added percussion, Liebrand’s update introduced the song to a whole new generation of listeners, proving that it endures on a global scale.

Marking The Four Seasons’ place in popular music history, December, 1963 (Oh, What A Night) became an instant classic. The song continues to surface everywhere from sports matches (it is often performed by marching bands at NFL games in the US) to TV shows (notably in a 2014 episode of the BBC’s Sherlock, starring Benedict Cumberbatch) and, of course, Broadway, where it is a central part of Jersey Boys, the stage adaptation of The Four Seasons’ story. So many nights have been and gone, but that rhythm section can still hypnotise and mesmerise

Listen to the best of Frankie Valli And The Four Seasons