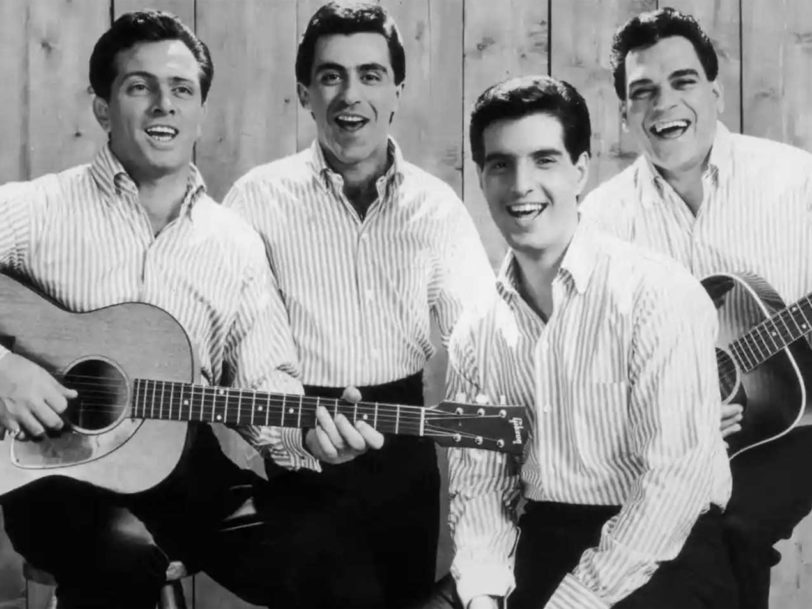 With all the hallmarks of The Four Seasons’ classic sound, Big Girls Don’t Cry has become a part of popular culture.

The story of The Four Seasons – Frankie Valli, Bob Gaudio, Tommy DeVito and Nick Massi were its original members – is widely known, thanks to the runaway success of the Broadway musical Jersey Boys, which became a global hit, thanks in no small part to the songs that powered its soundtrack, among them Walk Like A Man, Sherry and Big Girls Don’t Cry.

“It was taken from a Clark Gable movie”

In October 1962, the brilliantly inventive, vocal-based Big Girls Don’t Cry followed the group’s blistering hit single Sherry – both taken from their debut album, Sherry & 11 Others. Memory can play tricks on all of us, but the cinema inspiration for the song’s title and lyrics – co-written by pianist and singer Gaudio and the song’s producer, Bob Crewe – has been credited to three different films. In 1998, Valli was asked by the Honolulu Star-Bulletin newspaper where the title came from. “It was taken from a Clark Gable movie, when he tells a girl he’s leaving and says that big girls don’t cry,” Valli replied.

According to Gaudio, however, he was dozing off while watching a Ronald Reagan movie, called Tennessee’s Partner, when he was jolted awake by the on-screen noise of John Payne slapping Rhonda Fleming, whose character replied, “Big girls don’t cry.” Gaudio, who also co-wrote and produced an entire album of songs for Frank Sinatra and produced six Neil Diamond albums, claimed he immediately wrote down that iconic line on a scrap of paper, before falling asleep again. When he found the note the next morning he started writing the song. The main problem with his story is that the line simply does not appear in that film.

According to Crewe, he was also dozing off, in his Manhattan home with the television on, when he awoke to see Payne attacking Fleming. He said he had seen this disturbing sequence in the movie Slightly Scarlet, in which the line does actually appear. Gable was in neither movie.

All the hallmarks of The Four Seasons

Whatever the mysterious inspiration behind Big Girls Don’t Cry, it is beyond dispute that after the words and music were completed, the band cut the famous version that appears on Sherry & 11 Others. The quartet, who dropped their original name of The Four Lovers in order to adopt the name of an East Coast club (“because it sounded like a great name for a group”, said Valli) were fans of Sinatra and the folk-jazz group The Four Freshmen.

The two-and-a-half-minute Big Girls Don’t Cry, released on the Vee-Jay label with a B-side called Connie-O, had all the hallmarks of The Four Seasons’ popular sound: brilliant doo-wop vocalising, led by Valli’s soaring falsetto, and tight four-part modern harmonies, arranged by Massi. Valli described Massi as his “musical mentor” and said his arrangements “amazed musicians who had studied for years”. The quartet also contributed a pulsating hand-clap beat that blended wonderfully with the percussive work of David “Panama” Francis, a veteran jazz drummer who’d been given his nickname when he played with trumpeter Roy Eldridge in the 30s.

A part of popular culture

The song became part of popular culture. It was used regularly in the 70s television comedy Happy Days, playing on the jukebox at Arnold’s diner, and it is heard in the opening scene of the 1987 movie Dirty Dancing (which is set in 1963), playing on the car radio when the Houseman family are driving. The film prompted the song to return to the UK charts for the first time in 25 years.

Nick Massi died in 2000 and Tommy DeVito died in September 2020, after contracting COVID-19, leaving Gaudio and Valli as the sole surviving members of the hit group. Valli, who turned 86 in May 2020, is still going strong: a few years ago he appeared in an episode of Hawaii Five-O.