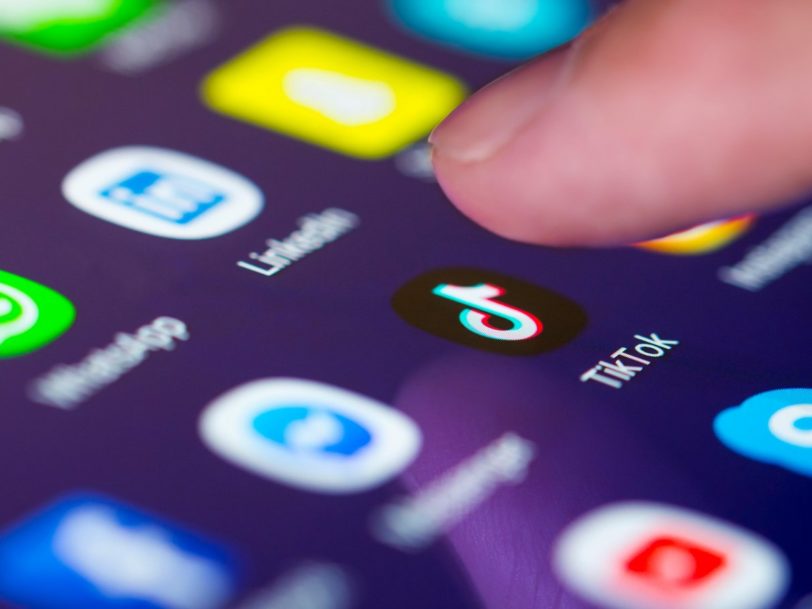 Why Albums Still Matter In A Streaming Age

In an era of ever-changing playlists and surprise drops, one thing remains constant: albums still matter. Here’s why…

In an age of TikTok videos and audio streaming, it feels as though the single has had a resurgence. Here’s easy access to one song. Here’s the ability to craft your own playlist of your favourite tunes. Here’s an automated list of songs you might like because of the one you just listened to. But here’s something else to consider: albums still matter.

There’s something magical about listening to an album all the way through; an experience that is easy to forget given how simple it has become to hear exactly what we want, whenever we want, wherever we are. Listening to an album, particularly if it isn’t one you know inside-out, requires a certain amount of dedication, especially in today’s fast-paced world.

Now is the time to listen

Perhaps one of the few benefits of the global pandemic is that it has allowed those of us spending a lot of time indoors to slow down and to take stock. To find comfort in the things that we have around us, and to either re-engage with the things that brought us joy, or to commit some time to the things we always thought we would get round to focusing on, but never did.

If ever there was a time for sitting down and rediscovering why the album still matters, perhaps it is now. Whether it’s a CD you bought and treasured years ago, a vinyl you still haven’t opened, or going for a long walk and queuing up an entire album instead of just selecting your favourite songs, listening to a full album demands a level of attention that we can really give it now.

An experience the artist intended

The beauty of the album is that every song is there for a reason and that its placement in the tracklist is carefully decided. By listening to an album as a whole piece of work, you get to experience the record the way the artist intended.

There are some albums where this feels particularly special. In 1967 and 1968, bands began to really push themselves to see what they could achieve with an album. Gone were the handful of cover songs and the round-up of singles; in their place were weird and wonderful experiments. Take The Beatles’ Sgt Pepper’s Lonely Hearts Club Band: a whirlwind of ideas in under 40 minutes. There’s that opening track, with the sound of an orchestra warming up, before Paul McCartney bursts in, introducing “the band”; there’s sampled laughter, brass, rock’n’roll, applause… before it shifts into With A Little Help From My Friends. There’s the beautiful Within You Without You, with its Indian influence; a reprise of the title track and the phenomenal A Day In The Life, with its iconic sustained chord ending, repetitious babble and dog whistle. It marked a shift in The Beatles’ creative output, and set a bar for other artists to experiment with their own records. As an album, with layers of detail and songs that run seamlessly into one another, it demands a listener’s full attention.

Thinking outside the box

Other acts were also thinking outside the box with their approach to the album. The Who offered up The Who Sell Out, a weirdly wonderful concept album that interspersed fake commercials and public-service announcements with songs. The album also featured a locked groove ending, in a nod to Sgt Pepper. Small Faces also took a similar path, with 1968’s Ogdens’ Nut Gone Flake, which weaved together a variety of songs, from the cockney delight of Lazy Sunday to the thundering Afterglow. Come the second half of the record, the comedian Stanley Unwin adds his nonsensical “Unwinese” language to accompany Small Faces’ story of Happiness Stan and his journey to find the missing half of the moon.

All three of those albums – Sgt Pepper, The Who Sell Outand Ogdens’ Nut Gone Flake – were also packaged beautifully. Sgt Pepper’s sleeve, a collage designed by Sir Peter Blake, set the standard for album cover art with its inclusion of stars ranging from Marilyn Monroe to Bob Dylan, and featuring The Beatles on the sleeve twice, once in the grey suits and bowl cuts of their early years, and then again in the flamboyant satin suits of the Lonely Hearts Club band. Inside, there was also a cardboard sleeve with cut-out decorations of a moustache, epaulettes and the fictional Sgt Pepper himself, among other things. The Who, meanwhile, posed on the front of The Who Sell Out with oversized items, including Roger Daltrey rubbing a large stick of Odorono deodorant into his armpits and Pete Townshend sat in a bath of Heinz baked beans. The first five hundred of the mono and stereo vinyl copies of the album also contained a “free psychedelic poster” of a butterfly. Ogdens’ Nut Gone Flake took this a step further: parodying the packaging of a real product, Ogden’s Nut-Brown Flake Tobacco, the album came in a circular tin in a nod to the loose-leaf tobacco.

For the late 60s and beyond, album artwork would prove just as important to the artists as the music within, making the best album covers an exciting purchase for fans.

Certain musicians are entirely across every aspect of their image. Joni Mitchell, for instance, would not only write and produce her own music, but her album covers often depicted her own paintings. Her records are perfect examples of why albums still matter; nothing on them feels easy to listen to in isolation. Her songs, with their complex and unusual musical structures, her unique singing voice, and her songwriting, with its fantastical narrations, demand your full attention – from her early outings as a singer-songwriter, through her jazz period and into her later recordings. It’s testament to how assured Joni Mitchell was in her albums that it is only now, in 2020, that she is officially releasing demos and alternative takes for fans to hear the recordings when they were works in progress.

But if we’re talking about artists owning their image, and being across all the visuals for their music, then we need to mention Prince, an artist whose shelved albums (such as The Revolution collaboration Dream Factory and an intended solo album, Camille, performed as his female alter ego) inspire as much excitement in fans as his official releases. As he said at the 2015 Grammys, “Albums, like books and black lives, still matter”, and whether performing under his own name, using the “Love Symbol”, or being referred to simply as The Artist, Prince’s records were innovative and staggeringly original, his vision for their release always completely mapped out. Purple Rain, for instance, which soundtracked the film of the same name, gave Prince a No.1 album, film and single simultaneously. Following his death, in 2016, an array of posthumous releases have shown the sheer amount of music Prince created, and expanded editions of his albums, such as 1999 and Sign O’ The Times, offer exciting insights into how the final albums came to fruition.

Streaming and beyond: why albums still matter

In recent years, musicians have been rethinking what it means to make an album, and have used them to channel some incredible artistic developments. Beyoncé, who released her fifth studio album, Beyoncé, in a surprise drop on 13 December 2013, developed it as a “visual album”, and the songs were accompanied by videos that would allow fans to see the entire vision she had for her record and its themes.

Beyoncé’s decision to drop the project with no prior warning also had a huge effect on the concept of the album – she disrupted the template most artists stick to, of releasing two to three singles ahead of the album’s release and running adverts well in advance. Instead, Beyoncé was a ready-made release, with all involved managing to keep the elaborate project a secret for its entire recording process.

Countless albums since have been “dropped” by other acts, keen to capture the same element of surprise. The album-with-video-accompaniment is also something that has really taken off since Beyoncé. Beyoncé herself released Lemonade in 2016 – another visual album, accompanied by a 65-minute film. Frank Ocean also released the visual album Endless that year, as well as Blond, which was sold alongside a limited fanzine, Boys Don’t Cry, that was only available in a small number of shops. It sent fans rushing out to stores. Even as recently as September 2020, Fleet Foxes released their latest record, Shore, in a surprise announcement, and with an accompanying film.

What the album looks like may be constantly changing, but one thing remains sure – it’s always an exciting thing to behold. Listening to one new single, or making a mix of your favourite songs, will always be enjoyable, but hearing an entire project from start to finish by your favourite musicians remains the most thrilling listening experience. Maybe it is an album that is more than it first seems, like Kendrick Lamar’s DAMN., which fans realised they could listen to in reverse order for a different narrative. Maybe it was issued at midnight by surprise, with a full video accompaniment and limited-edition merchandise. Or maybe it is just a record that you used to absolutely love, and you’re going to dig it out, put it on, and listen to it all the way through. No skipping, no distractions.

Whatever the reason, albums still matter; they remain beautiful and important products, even to this day.

Take a look at our favourite 80s albums