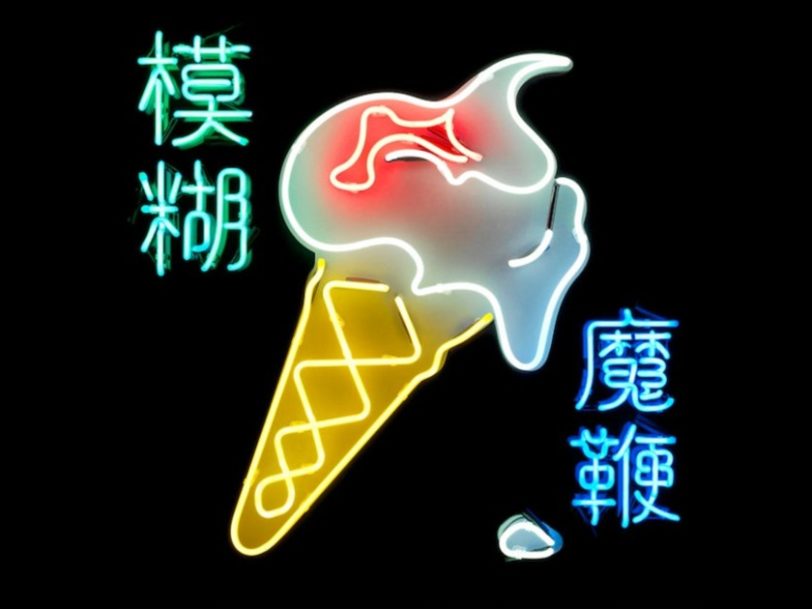 ‘The Magic Whip’: How Blur Achieved Closure With Their Surprise Album

A happy accident and the commitment of Graham Coxon led to ‘The Magic Whip’ being released as Blur’s reunion album.

Blur fans have the cancellation of a Japanese music festival and the determination of guitarist Graham Coxon to thank for the band’s unexpected eighth album, 2015’s The Magic Whip.

There had already been hints that Blur’s story wasn’t quite over. After 2008’s reunion shows, the four-piece had performed together sporadically and even released a pair of excellent standalone singles, Fool’s Day (2010) and Under The Westway (2012). But a full album – which would prove their first since 2003’s Think Tank, and the first with guitarist Graham Coxon fully on board since 1999’s 13 – wasn’t in Blur’s immediate plans… That is, until the band found themselves with some unexpected free time on their hands.

Listen to ‘The Magic Whip’ here.

“We can do it without telling anyone, it’ll take the pressure off”

While on tour in May 2013, the group had been lined up to play Japan’s Tokyo Rocks festival and, when the event was cancelled, found themselves with five free days in their schedule. Frontman Damon Albarn insisted the time was spent productively, and Blur were booked into Hong Kong’s Avon Studios with a view to seeing what happened.

Armed with only fragments of song ideas from Albarn, they worked up 15 new tracks, with the relaxed nature of the sessions working in the band’s favour, as Coxon later told Beats. “We were in Hong Kong, we didn’t even know we were going to record,” the guitarist explained. “We just thought, Well, we can do it without telling anyone, it’ll take the pressure off. We didn’t really know what to expect, we just did it. We’d been playing with each other quite a lot since 2009, we were used to each other again, and it seemed like an obvious thing to do.”

“It may be one of those records that never comes out”

While the sessions went well, the songs were left unfinished, and looked as if they might stay that way. “The annoying thing is, if I’d been able to write the lyrics there and then about being there, we’d have finished the record,” Albarn told NME in the summer of 2014. “But sometimes, if you can’t do it all at once, it dissipates really, and I don’t know what I’d sing about now with that record. There’s some great tunes on there, but it may just be one of those records that never comes out.”

Enter Graham Coxon. As 2014 progressed and Albarn immersed himself in other projects, Coxon found himself thinking about those Hong Kong sessions. The guitarist had left Blur in acrimonious fashion during the making of Think Tank, and a new Blur album was a chance to make amends, as he told The Quietus in 2015: “I just knew if there was going to be one more chapter with the band Blur, I wanted to be the one making it happen.”

“When I heard all that stuff transformed, I was blown away”

In November 2014, Coxon enlisted the help of Stephen Street, who’d produced much of Blur’s 90s output, to work on the Hong Kong tapes, calling upon bassist Alex James and drummer Dave Rowntree to embellish their parts as the album progressed. Speaking to The Quietus, an emotional Rowntree remembered hearing the music again: “When I think about Graham and Stephen locked in a room for a month, doing their magic… and when I heard all that stuff transformed, I was blown away. Gobsmacked. To rescue a great album from such a big, tangled mess of ideas, I was absolutely…” His voice cracking, Rowntree couldn’t finish the sentence.

After four weeks of working on the tapes, Coxon presented them to Albarn. Keen to preserve the original feel of the sessions, Albarn returned to Hong Kong to work on the lyrics. “After he listened to what Stephen and I had done, he went to Hong Kong, filmed, made notes, wrote lyrics about this idea of dislocation,” Coxon told The Quietus. Albarn’s vocals were completed towards the end of January 2015 and, by mid-February, Blur’s unlikely new album was finished.

“I think the gods were smiling down on us”

Eventually released on 27 April 2015, The Magic Whip might have been put together in an unusual way but, from the crunching first chord of opening track Lonesome Street, there was no mistaking the band behind it. Despite its lengthy gestation, and belying the time that had elapsed since they’d last made an album together, the chemistry of the four bandmates shone through.

“It goes from being something really experimental to a really soul-type song, to a real abrasive, kind of upbeat punky type thing, and it’s great that it still sounds like Blur,” Stephen Street told Beats of Lonesome Street. “I think the gods were smiling down on us, they knew there had to be at least one more Blur record.”

While the dub ballad New World Towers, the stately Pyongyang and the claustrophobic march of There Are Too Many Of Us were inspired by Albarn’s observations of Hong Kong, the album’s core songs concern themselves with inter-band dynamics, with the beautiful My Terracotta Heart and the lilting, Gorillaz-like Ghost Ship seemingly inspired by Albarn and Coxon’s relationship. “Really this record is all about Graham. It’s all about him. Not necessarily all the subject matter… but My Terracotta Heart is,” Albarn admitted to The Quietus. “It’s about a grown man singing about another grown man there’s nothing wrong with that.”

Elsewhere, the lairy singalong of Ong Ong, I Broadcast’s rapid punk blast and the scuzzy groove of Go Out all provide respite from heavier subject matter while harking back to some of the best Blur songs. Providing an enigmatic diversion, the star-gazing epic I Thought I Was A Spaceman felt like something new for the band.

A critical and commercial hit, The Magic Whip gave Blur another UK No.1 album while also reaching No.24 on the Billboard 200, their highest-ever placing in the US. Most importantly, perhaps, it provided some closure for the group… though hopefully it’s not the last we’ll hear from them.

Visit the Dig! store to buy Blur vinyl and more.