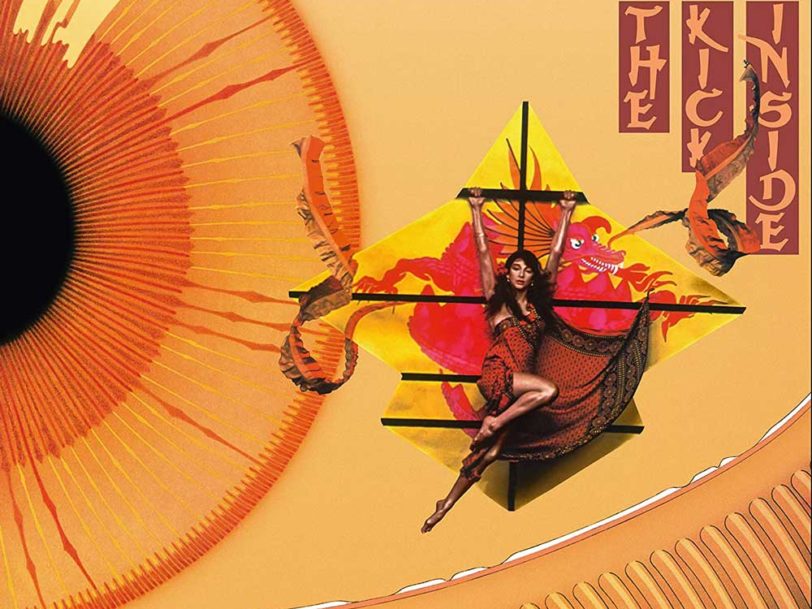 The Kick Inside: How Kate Bush Birthed A Magical Debut Album

Years in the making, Kate Bush’s debut album, ‘The Kick Inside’, saw the 19-year-old singer arrived fully-formed to make an instant impact.

Few artists have ever made as immediate an impact as Kate Bush. The exquisite drama of her debut single, Wuthering Heights, wasted little time in captivating the British public: hitting No.1 within weeks of release, it stayed at the top of the charts for four weeks, breaking down barriers and making Kate the first female artist to have an entirely self-written chart-topper. Before long, she was capturing imaginations worldwide, hitting the Top 10 across most of Europe and landing at the top spot in Ireland, Italy, Australia and New Zealand. Both Wuthering Heights and the debut album that followed in its wake, The Kick Inside – also a commercial and critical smash hit – kick-started a phenomenon; gifted with innate musicality, possessing a four-octave vocal range that demanded listeners’ attention, and unafraid of using her theatricality to tell vivid and unusual tales, Kate Bush became an instant star.

Listen to The Kick Inside here.

A period of artistic development

In truth, she’d been preparing for the spotlight since childhood. Coming from a musical family, Kate had fallen in love with music at an early age and had shown an early flair for poetry, with beyond-her-years poems published in her school magazine at the age of just 11. The budding star abandoned violin lessons when her father, Robert, showed her the C scale on the piano, after which she began setting her poetry to music. By 1972, Kate had written at least 60 original songs, including The Man With The Child In His Eyes, an emotionally sophisticated depiction of a relationship with an older lover that, six years later, would appear on The Kick Inside.

Kate’s family began sending tapes of her compositions to music publishers. They had little luck until Ricky Hopper – a friend of Kate’s brother, John Carder Bush, with music-industry connections – was enlisted to help. Hopper persuaded an old university friend, Pink Floyd’s David Gilmour, to listen to the demos, and the guitarist was intrigued enough to visit Kate’s family home in 1973, in order to see her perform for himself. Impressed, Gilmour arranged for Kate to record a professional demo session in August that year, for which Kate was backed by her new mentor, along with members of 70s rock band Unicorn.

Again, the demos failed to rouse much industry interest, and, for the next two years, Kate concentrated on her education. Eventually leaving school with ten O levels, her focus turned once more to music. Entering London’s AIR Studios with Gilmour, in June 1973, Kate set out to produce a three-song demo that could be shopped to prospective labels, and came out with recordings of Saxophone Song (then titled Berlin), The Man With The Child In His Eyes and Moving – the first two of which were good enough to be used on The Kick Inside. Gilmour took the tape to EMI’s Bob Mercer, who was excited enough by the material to offer Kate a record deal.

A move to London followed, and with it there came a period of artistic development – Kate wrote and practiced her material, studied dance with David Bowie’s former mentor, Lindsey Kemp, and began to play gigs, backed by the newly formed KT Bush Band. Having honed her songs and her performance skills, Kate returned to AIR Studios in July 1977 to record The Kick Inside.

A feat of imagination and daring

The time spent developing her material and building momentum served Kate well. From the off, The Kick Inside is a feat of imagination and musical daring that laid the foundation for a remarkable career. Opening track Moving begins – as no other debut album ever has, before or since – with the sound of sampled whale song, making it clear within seconds that this artist was very much dancing to the beat of her own drum. The song proper begins with Kate immediately the centre of attention – a swooping and swooning vocal, utterly assured and fearless. There are no signs of pressure; a huge part of the album’s appeal is its sense of play, as Kate revels in finally sharing her gifts with the world. Just listen to the glee with which she sings the dizzying “It’s in me/It’s in me” refrain of Saxophone Song: it’s as if she’s realising the true extent of her abilities, even as the song unfurls. Then there’s the unbridled jubilation in the head-spinning Kite, on which she uses her full range to inhabit different characters and tell their stories.

That flair for storytelling informs everything on The Kick Inside, from the melodramatic wonder of Wuthering Heights through to the title track, in which she inhabits a tragic figure with an incredible sense of empathy for someone so young. Throughout, Kate speaks of intimate things – desperate love, burgeoning sensuality, fantasies – with an eye for relatable detail and utter conviction. It’s no wonder that listeners all over the world fell for her so quickly and absolutely.

And she was only just getting started. The Kick Inside is a daring and magical debut, but, most importantly, it effectively give Kate Bush carte blanche for an ever-more-daring career defined by artistic restlessness and self-preservation. It all started here.

Find out which Kate Bush album tops our list of the best 80s albums of all time.