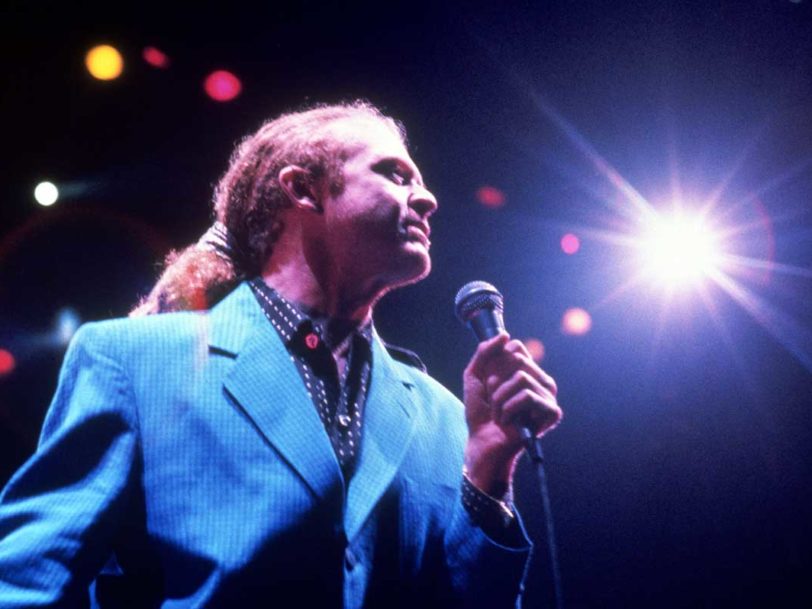 Looking to the sky for inspiration, Simply Red’s hit single ‘Stars’ explored the nature of fame and skyrocketed the band to cosmic heights.

With his eye on the cosmos, Mick Hucknall’s songwriting ambitions for Simply Red’s 1991 album, Stars, sought to take the group to pop’s upper reaches. Shooting into view like a comet, the album’s title track and stellar second single blazed a trail visible for the whole world to see, becoming one of the best Simply Red songs and going down in history as the band’s biggest international hit to date.

“Looking up there fulfils so many questions and answers in itself”

Released on 18 November 1991, Stars was a spiritual pop-soul ballad that marked a significant evolution in Hucknall’s songwriting style. Written during a time when the singer spent “a lot of time outside on summer nights in hot countries looking up at the stars”, there’s an obvious astrological dimension to the song.

Not only was Stars inspired by Hucknall’s affinity with the European flag – he even got a tattoo in tribute to its circle of gold stars – but it also reflected the songwriter’s love of star-gazing while on tour. “The thing about looking up there,” he explained, “is that it fulfils so many questions and answers in itself. It’s the future, it’s the past, it’s mythology, it’s science, it’s romance, it’s anything you want it to be.” Seeking deep answers to philosophical questions through his music, Stars is as far-reaching as any deep-space satellite, inviting Hucknall to open up new sonic horizons with his soulful voice.

“There’s a theme of being famous and what that means”

Keen to broaden his vocal range to encompass deeper tones as well as his trademark falsetto, Hucknall enlisted producer Stewart Levine to help realise his vision. “He insisted that we did it in this key and, as you can hear, the vocal is rather low,” Levine later said. “When it comes to the chorus, that’s where he was able to raise it and sing in his more natural higher range, so the contrast was very effective.”

Throughout the years, Hucknall has given many interviews offering another angle behind the inspiration for Stars. “There’s a theme of being famous and what that means and how do you keep yourself normal,” the singer has said. “I had this fixation with stardom and what that does to a person.” Given that he was already one of the biggest pop stars in the world at the time, Hucknall used the song to explore his views on stardom by reflecting on love as a means of bringing him back down to earth (“I wanna fall from the stars/Straight into your arms”). Speaking of its lyrics and his relationship with fame, Hucknall admits that Stars is really “just all about sort of escaping from that”.

On the surface, it may seem as though Stars is yet another romantic ballad among Simply Red’s stunning oeuvre, but it gains extra depth when you see it as Hucknall’s reflection on stardom itself. “During the period free from touring I got the chance to look at a few other stars,” he explained. “The Eric Claptons, the Elton Johns. You know, I admire them and I’ve learnt a lot from that generation.” The lessons he learnt certainly paid off – with the planets seemingly aligned, Stars’ success would quickly propel Simply Red into the stratosphere.

“It just seemed we could do no wrong”

The music video for Stars played a huge role in making the song so iconic for early-90s audiences. Provided with her first opportunity to direct a promo clip, Simply Red’s longtime photographer Zanna looked to the 1931 anti-fascist German film Europa for inspiration. Originally intending to shoot on location in the Sahara desert, the team eventually settled for a town called Baker near the California border, between Los Angeles and Las Vegas.

Recalling how a Hells Angels rally meant they had to go deeper into the desert to capture footage of undisturbed sand dunes, Zanna remembered shooting at night and having to add visual effects afterwards. “At the time it was exciting, even when we had to put in a fake sunny sky,” Zanna said. “In fact it was nominated for a BRIT Award and, at the end of the day, everybody was happy.” Max Hole, then Managing Director of Simply Red’s label East West Records, spoke warmly of Zanna’s work. “The Stars video was great,” he said, “and it just seemed we could do no wrong.”

The success of Simply Red’s Stars album was unprecedented, with its eponymous single quickly becoming a radio favourite and launching the band to even greater heights. Reaching No.8 in the UK and No.44 in the US, the single sold 400,000 copies in the group’s homeland and became an astronomical hit across the world, particularly in Europe. Considered to be Simply Red’s commercial peak, the single helped the parent album become the UK’s best-seller of the year in 1991 and 1992, and aided its way towards picking up three Grammy nominations in the US.