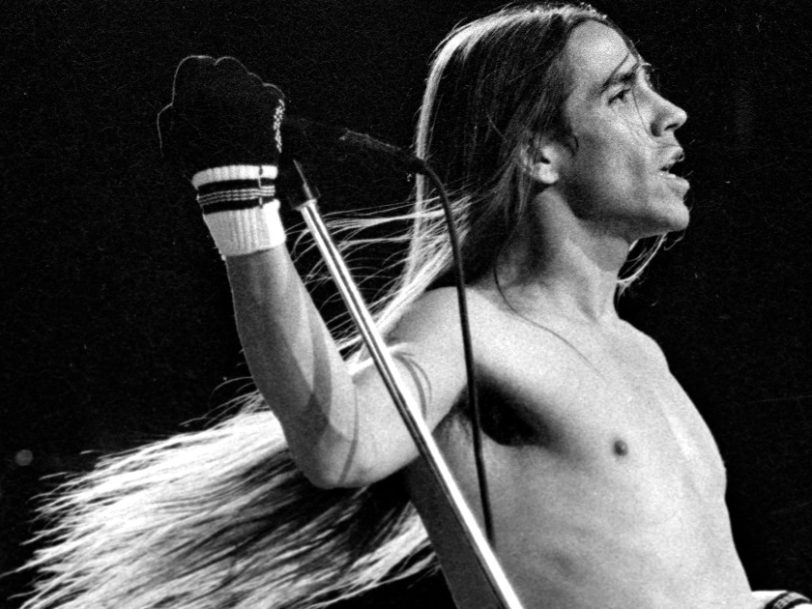 In the mid-2000s, Red Hot Chili Peppers were one of the biggest bands in the world. Then they supersized on the ambitious ‘Stadium Arcadium’.

By the turn of the millennium, Red Hot Chili Peppers had established themselves among rock’s leading protagonists. Their funk-metal sound of the 80s and 90s was largely discarded in favour of the laidback summery vibes of 1999’s Californication and its 2002 follow-up, By The Way. The latter cycle culminated in three massive sold-out shows at London’s Hyde Park, which at the time stood as the highest-grossing concerts ever to be held at a single venue. With those two albums having racked up 25 million sales between them, the Chili Peppers had reached U2 levels of mega-stardom. As if acknowledging their status and their increased ambition, their next album would be a career-encapsulating double whose title reflected both: Stadium Arcadium.

“Everyone felt more comfortable than ever”

As the Los Angeles rockers entered the next phase of their phenomenal career, they were getting along better than ever. “Everybody was in good moods,” Frontman Anthony Kiedis told VH1 in 2006. “There was very little tension, very little anxiety, very little weirdness going on, and every day we showed up to this funky room in the Valley where we write music, and everyone felt more comfortable than ever bringing in their ideas.” And, it seems, nothing was off the table.

Originally conceived as a triple-album release, the Chili Peppers pared down 38 fully formed and recorded tracks to a more digestible 28, settling in at Rick Rubin’s “The Mansion” for the process. Owned by their long-time producer, the Laurel Canyon house was where they had laid down their breakthrough album Blood Sugar Sex Magik in 1991.

“There were beings of higher intelligence controlling what I was doing”

Legend has it that apparitions populate the dwelling – a feeling that wasn’t lost on guitarist John Frusciante throughout the writing and recording of Stadium Arcadium. As he revealed to Total Guitar, “There were beings of higher intelligence controlling what I was doing, and I didn’t know how to talk about it or explain it… it was very clear to me that the music was coming from somewhere other than me.”

All of this sounds like a recipe for bloated self-indulgence, whatever realm it may have been delivered from. From lesser bands it may well have been. But in the hands of the Chili Peppers, it was the work of a band reaching full bloom. The idea of the “double-album” will forever conjure up images of overblown concepts and elaborate themes – and, yes, Stadium Arcadium’s two discs themselves are respectively named Jupiter and Mars – but the group remain amazingly restrained throughout their ninth album, instead focussing on delivering a collection of the best songs they could muster.

“Finally, you have found yourself”

Despite each bandmate having equal footing in the songwriting stakes, egos were checked at the door, with everyone working as a fluid whole rather than any one member fighting to dominate the mix. Even Flea’s frenetic bass slapping and popping grooves, masterfully virtuosic as ever, were tamed into skilful restraint. The sheer scope of a double-album also gives Frusciante the space to stretch his metaphorical legs. More used to a stripped-back, less-is-more style of playing, here he encompasses all influences – from prog noiseniks The Mars Volta to legendary guitarists Tony Iommi, Eddie Van Halen and Jimi Hendrix, and even the sprawling hip-hop collective Wu-Tang Clan – while also exhibiting some of the punk and new wave flourishes first heard throughout his early tenure in the band on the album Mother’s Milk. And yet for all the styles and chops thrown into the mix between himself and Flea, there is a sense of cohesion throughout, perhaps held together by the swing-infused timekeeping of drummer Chad Smith.

At the heart of Stadium Arcadium is the Chilis Peppers’ consolidation of every one of their eras. Sure there are the stadium-sized choruses of Dani California and Snow (Hey Oh), but there’s also a return to the funkadelic grooves on which their foundations were built, but which had become noticeable by their absence from 1995’s One Hot Minute album onward. Tell Me Baby is a popping funk whirlwind, while Charlie could sit comfortably alongside Give It Away on Blood Sugar Sex Magik, with Wet Sand further echoing the tender vulnerability of that album’s Under The Bridge.

A masterstroke double-album worthy of every track

The days of tube socks adorned by each – ahem – member were consigned to the history books, but that didn’t mean the veteran funk rockers were above bringing the party vibes on Hump De Bump. And yet with it came a whole new level of maturity. Kiedis’ lyrics were more reflective of the band’s grown-up roles as fathers and husbands (Hard To Concentrate’s “All I want is for you to be happy, and/Take this moment to make you my family, and/Finally you have found something perfect, and/Finally, you have found yourself” was written for bandmate Flea and his girlfriend). Any references to parties on female genitalia were – mercifully – left in the past.

As is always the risk with double-albums, Stadium Arcadium could have been a patchy affair best edited into a stronger single-disc record. But with their opus, Red Hot Chili Peppers celebrated their wide-ranging past without ever sounding like a parody of themselves. When the album was released, on 9 May 2006, it offered a distillation of the standout musical styles and hit singles that elevated them to one of rock music’s most accomplished bands – an incontrovertible fact underpinned by the project’s five Grammy wins out of seven nominations. It was ambitious without being self-indulgent. It was varied in style without sounding muddled. And by focussing on their mission to simply write a collection of great songs, the Chili Peppers pulled off a masterstroke: a double-album worthy of every track on it.