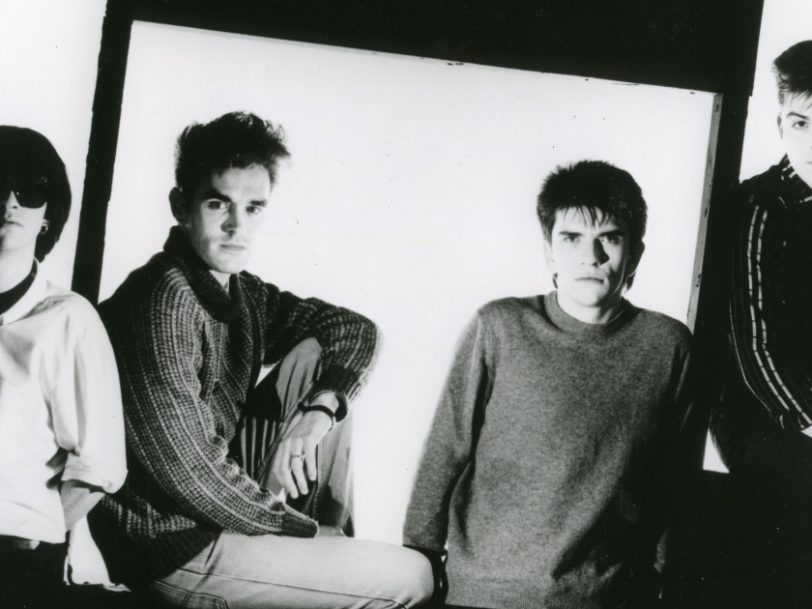 It was only released as a single in Germany, and it was rarely performed live, yet The Smiths’ song Some Girls Are Bigger Than Others has that indefinable something which elevates it above mere “album track” status. Seemingly without trying too hard, it has become an acknowledged cult classic, much loved by fans and critics alike.

“Some things just drop out of the heavens, and Some Girls was one of them”

Speaking to NME in 2011, guitarist Johnny Marr revealed the song’s genesis: with Morrissey living just a couple of miles away, Marr would often scoot round on his motorbike and drop off cassette recordings of new ideas for the singer to work on. “I’d ride round there on my Yamaha DT 175 and post them through his letterbox, Marr said. “Some Girls Are Bigger Than Others was done that way. All the music for that came in one wave while I was watching telly with the sound down.

“Some things just drop out of the heavens, and Some Girls… was one of them,” he added. Now sitting among the best Johnny Marr guitar riffs, the song remains “a beautiful piece of music” written, Marr recalled, on “a Rickenbacker 330 with a delay and a [Fender] Strat for the outro. A lot of chorus and delay, I think.”

What Morrissey’s bandmates weren’t expecting, however, was for their frontman to put such a seemingly frivolous lyric to Marr’s haunting tune. The words he came up with partially paraphrased US singer-songwriter Johnny Tillotson’s 1962 single Send Me The Pillow That You Dream On and also referenced the 1964 comedy film Carry On Cleo – most memorably with the second verse’s wonderfully camp, “As Anthony said to Cleopatra/As he opened a crate of ale: ‘Oh, I say/Some girls are bigger than others.’”

Morrissey revealed more about why he was suddenly inspired to pen a lyric about body sizes in a 1986 interview with the NME.

“I’m realising things about women that I never realised before”

“The whole idea of womanhood is something that to me is largely unexplored,” he confessed. “I’m realising things about women that I never realised before and Some Girls Are Bigger Than Others is just taking it down to the basic absurdity of recognising the contours of one’s body. The fact that I’ve scuttled through 26 years of life without ever noticing the contours of the body are different is an outrageous farce!”

The Smiths laid down the definitive take of Some Girls Are Bigger Than Others during the sessions for their classic third album, The Queen Is Dead, at Jacobs Studio, in Farnham, Surrey, during the winter of 1985. The recording went smoothly and the song was performed with consummate ease by the band – though engineer Stephen Street was thinking outside the box when it came to capturing the song’s distinctive intro.

“The song, as it was, just faded in, so I thought we had to do something a bit more interesting,” Street recalled in Simon Goddard’s Songs That Saved Your Life: The Art Of The Smiths 1982-87.

“Basically, I put all the reverb on the drums up so it sounded like it was coming in from some large hall, and then faded it down really quickly. Then I took all the reverb back off and faded it up again. The effect was supposed to be like the music’s in a hall somewhere, it goes away, then it comes back and it’s nice and clean and dry. A bit like opening a door, closing it, then opening it again and walking in.”

“A hypnotic musical travelogue that verges on the transcendental”

Though The Queen Is Dead was widely hailed as The Smiths’ masterpiece from the off, Some Girls Are Bigger Than Others initially drew criticism from some quarters. Most of this centred around the band daring to sequence what some saw as a rather lightweight track as their magnum opus’ concluding statement – especially as the song followed in the wake of the towering There Is A Light That Never Goes Out.

With hindsight, though, placing Some Girls Are Bigger Than Others as The Queen Is Dead’s denouement absolutely feels like the right call. The song’s beguiling quality shines through on its own terms, and, after a few listens, it becomes increasingly hard to envisage The Smiths’ landmark record winding down any other way.

“As an album with humour never far from its surface, it is fitting that The Queen Is Dead should conclude with the clipped, undulating frivolity of Some Girls Are Bigger Than Others,” NME’s Adrian Thrills wrote in June 1987. “It would have made another classic Smiths single.”

In fact, it did, albeit solely in Germany, where it was given a standalone release in June 1986, backed with The Draize Train on 7” and bolstered by a third track, Frankly, Mr Shankly, for a 12” release.

“Morrissey’s muse and Marr’s musical setting collide marvellously, the track illuminated by some lovely slide guitar from the latter,” Thrills observed, asserting that Some Girls Are Bigger Than Others is “a hypnotic musical travelogue that verges on the transcendental”.