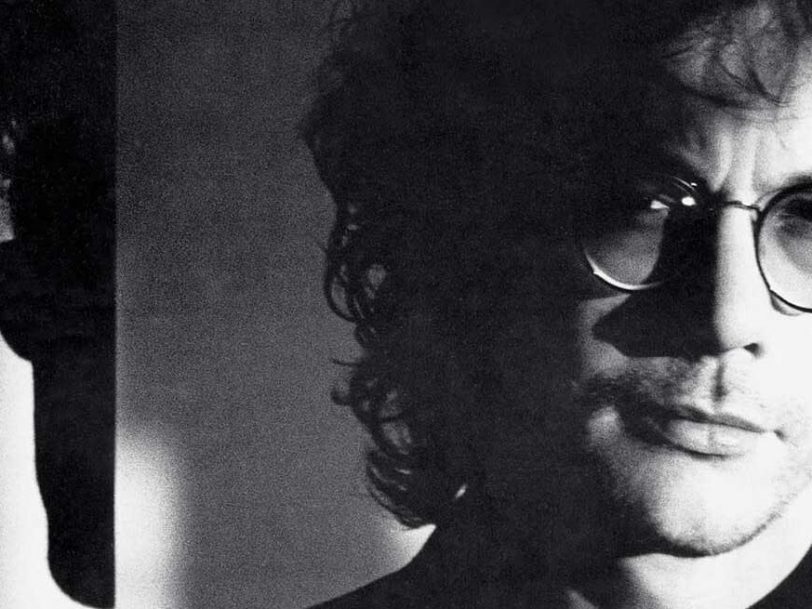 Sentimental Hygiene was released on 29 August 1987, when Zevon, who’d turned 40 that year, was trying to bounce back with his first album in five years following The Envoy. The mainstays of the backing musicians for his new album were R.E.M.’s Peter Buck (guitar), Mike Mills (bass) and Bill Berry (drums), with singer Michael Stipe turning up for one small contribution, performing backing vocals on Bad Karma. Zevon had got to know R.E.M. in the past couple of years, and Buck, Mills and Berry readily agreed to his request to play on Sentimental Hygiene, an album that was mainly recorded at Record One in Los Angeles, with some additional work at Cheshire Sound Studios in Atlanta, Georgia.

Buck’s searing guitar work adds to the potency of Boom Boom Mancini, a song about a boxing bout between Ray Mancini and former world champion Bobby Chacon. The Factory, also written solely by Zevon, is the bleak tale of an industrial worker in Pennsylvania who has taken over his injured father’s job in an asbestos-ridden plant. Dylan played harmonica on the track, much to Zevon’s delight. “When I walked into the studio and they said, ‘Bob Dylan’s here,’ I said, ‘Why?’ Zevon recalled to the New York Times. “‘To see you.’ That’s worth a million records to me.”

“You don’t wanna go back to Detox Mansion”

After Trouble Waiting To Happen, a song, co-written with old pal JD Souther, which joked about his own mentions in Rolling Stone magazine, the first half of Sentimental Hygiene closed with the tender ballad Reconsider Me, one of the best Warren Zevon songs of the 80s, and one he originally offered to Stevie Nicks (her version came out 11 years later). Zevon adds sweet harmony vocals to a song about a man pleading with an estranged lover to return, and would later say that Reconsider Me was one of the most personal songs he’d ever released, adding sardonically that, even though a former lover might be “impressed” with the song, “they don’t come back. They’ll tell their friends.”

Detox Mansion, co-written with Jorge Calderón, was inspired by a comment from his long-term collaborator, who told former addict Zevon, “I see you’re drinking Coca-Cola. I guess you don’t wanna go back to Detox Mansion.” The tongue-in-cheek lyrics joke about undertaking cleaning tasks with Liza and Liz (Minnelli and Taylor). Likewise, Even A Dog Can Shake Hands deals with the problems of celebrity, though Zevon’s witty lyrics are occasionally buried by loud guitars.

Heartache, the penultimate song on Sentimental Hygiene, features some lovely acoustic guitar from Waddy Wachtel and honeyed backing vocals from Warnes, as Zevon compares losing love to “shadows falling in the noonday sun”.

The album’s closing track, Leave My Monkey Alone, was about the Mau Mau uprisings in Kenya, when the country was still controlled by the British Empire. With the help of funk pioneer George Clinton and Red Hot Chili Peppers bassist Flea, Zevon turned the song into a synthesised dance number. When it was released as a single, it reached No.18 on the Billboard Dance chart (the album itself went to No.63 in the US). It was also given a music video, overseen by Paula Abdul and complete with an awkward-looking Zevon shuffling to the music. The photograph for the album’s cover was taken by fashion photographer Herb Ritts, who died of complications from pneumonia in 2002 (a year before Zevon himself passed), aged just 50.

Zevon initially talked about being “very excited” at having his new album released on Virgin, but later joked that he was dropped by the label after its executives “woke up one morning, looked around and said, ‘Who’s this guy again? Did he come with you?’ And the other one said, ‘Isn’t he like Jackson Browne with novelty hits?’” Zevon went on to make other fine albums, including Mr Bad Example and Learning To Flinch, but Sentimental Hygiene remains an interesting, important part of his canon.