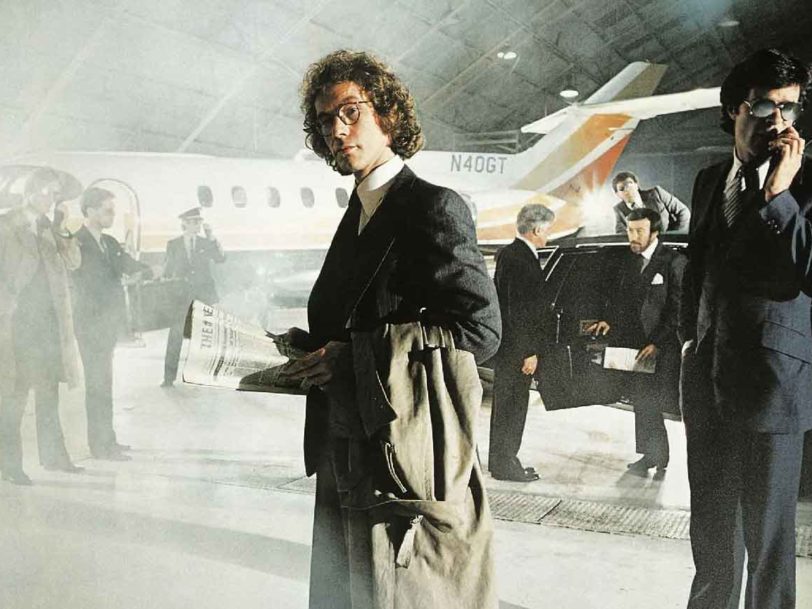 Warren Zevon admitted that his 1982 album, The Envoy, was a challenge to himself, to test “whether he can pull off art, as well as life, straight”, as he put his producer hat on to sing and play on songs he had composed during a recent tour of Europe.

Listen to ‘The Envoy’ here[Linkfire].

“My envoy is a self-disciplined James Bond”

Zevon’s then 12-year-old son, Jordan Zevon, provided backing vocals on The Hula Hula Boys, a wry song about a man whose wife is cheating on him with the valets during a holiday in Maui. The song included the droll lines “I didn’t have to come to Maui/To be treated like a jerk/How do you think I feel/When I see the bellboys smirk?” For added authenticity, Porcaro played the Tahitian log drums on the track.

Jordan Zevon went on to become a solo musician and recalled: “My relationship with Dad had very little to do with music. We didn’t sit and play songs together or anything, but he liked my voice. I was his go-to David Crosby, so I was happy to come in and lay down the high harmonies.”

Zevon opened The Envoy with its title track, which was about the shuttle diplomatist Philip Habib, who had been recently promoted by President Ronald Reagan to act as a Middle East intermediary following the US military action in Lebanon. New Yorker Habib, known for his work in peace-brokering with Israel, was in the news a lot at the time, and his efforts to bring peace sparked Zevon’s imagination. “My envoy is a kind of workmanlike, self-disciplined version of a James Bond-style agent, because he’s a problem-solving kind of guy, and because I need his kind of control,” Zevon told Rolling Stone magazine.

In the song, Zevon lists all the threats to world peace, from nuclear arms to the CIA, adding sardonically that “The Syrians are mad at the Lebanese/And Baghdad do whatever she please”. Asked later whether he had heard from Habib, the unnamed hero of the song, Zevon joked that he’d also written a song about Elvis Presley – the lovely acoustic ballad Jesus Mentioned, about a pilgrimage to Gracelands to “dig up the King” – and had not heard from him, either.

“We work pretty hard on records”

For a change of pace on his fifth studio album, Zevon played a lot of synthesiser – using it on The Envoy and on the tracks Let Nothing Come Between You, Ain’t That Pretty At All, Charlie’s Medicine and Looking for the Next Best Thing.

He also continued his habit of working with authors he admired, and co-wrote The Overdraft with Tom McGuane, but wrote solo on The Envoy’s powerful and moving closing song, Never Too Late For Love, which featured the acclaimed Russ Kunkel as the drummer.

Originally released on 16 July 1982, when the album was reissued on CD, in 2006, four bonus tracks were added, including an alternative version of Let Nothing Come Between You, a love ballad that charted at No.24 on the Billboard rock chart when it was released as a single. As well as an instrumental called Word Of Mouth and a love song called The Risk, Zevon also recorded a version of Wild Thing, the Chip Taylor song that was a huge hit for English rock band the Troggs.

Though Zevon fans embraced The Envoy, the album was not a huge commercial success, prompting the musician to say that he was “a little discouraged” after its release. “We work pretty hard on records, and it would be nice to achieve some comparable measure of success,” he reflected. After taking a five-year break, Zevon returned with Sentimental Hygiene. Four decades later, The Envoy is now recognised as an impressive part of a wonderful musician’s back catalogue.

Check out our best Warren Zevon songs for more from his incomparable body of work.