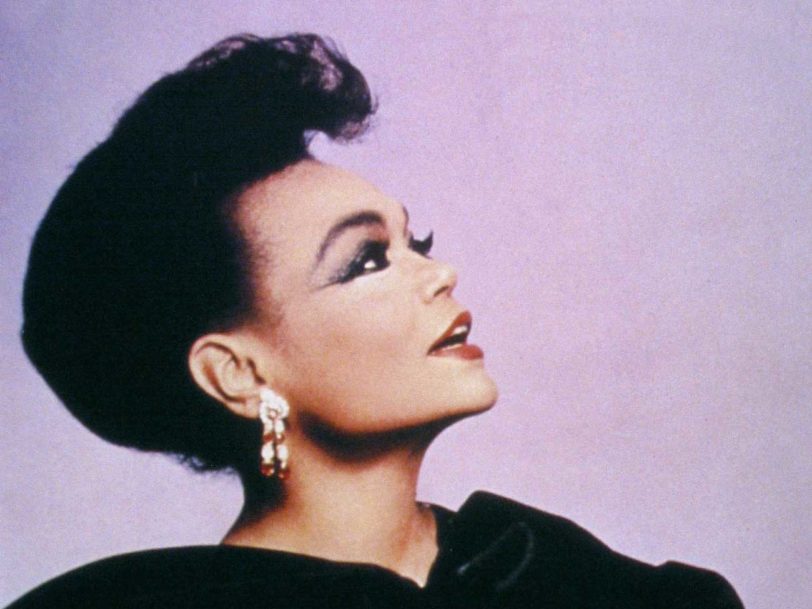 The Hollywood hero Orson Welles famously called Eartha Kitt “the most exciting woman in the world”. So it might have been inevitable that the sophisticated chanteuse and actress would cause outrage with her Christmas song for 1953, Santa Baby, whose teasing delivery and blatant consumerism were regarded by some listeners as too hot for the snowy season.

Santa Baby may seem tame by today’s standards, but it was banned in some southern states of the US. This may have been party down to racism – the provocative lyric was one thing, but black female sexiness and the song’s tongue-in-cheek appeals to greed were certain to drive certain “moral guardians” to insanity, baby. Here was Eartha presented as highly acquisitive and materialistic, as well as sexy. It may be hard to believe today, but Santa Baby walked the borders of what was acceptable in the early 50s.

Sex and a duplex

Santa Baby was written by New York writing team Philip Springer and Joan Javits, who had been commissioned by Kitt. She wanted a Christmas song to cap her highly successful 1953, a year in which she’d scored a huge hit with one of her signature pieces, C’est Si Bon. Springer claimed it took him ten minutes to write the music, but Javits, the lyricist, required some persuasion to accept the commission, saying she was too busy.

Springer was not happy with the resulting song, admitting to his publishing company: “This isn’t really the kind of music I like to write.” However, Javits had craftily included references to furs and luxury cars, which Kitt had previously purred about in C’est Si Bon. The vocal seductress loved it, and her provocative interpretation, credited to Eartha Kitt And The Henri René Orchestra, made No.4 in the US chart, its sales driven by Kitt’s declaration that she had been an “awful good girl” in a voice that suggested anything but. Santa Baby was witty, sexy and knowing – a distinctly grown-up depiction of seasonal rituals for mid-century America. Which girl didn’t want a sable, a yacht and a duplex back in ’53? But this parody of Christmas greed was built to last.

It took some time for Santa Baby to return to prominence, but as society became more acquisitive and openly sexualised in the 80s, the song inevitably came to the attention of one of the decade’s biggest stars: Madonna. It was little wonder that pop’s self-declared Material Girl found that Santa Baby suited her in 1987. Though there had been several covers

before she adopted it for a charity album, A Very Special Christmas, Madonna’s version cemented the song’s status as one of the world’s best Christmas songs. She delivered it in a voice like a pushy Brooklyn showgirl over a silky yet automatic-sounding orchestral swing backing. Santa would have needed a to summon up a certain amount of bravery to shimmy down this man-eater’s flue, but the recording was right for the time and has sold strongly ever since.

Santa Baby needed another pop icon to return it to its original playful tone, and Kylie Minogue had the light yet confident touch to do just that. Released on 11 November 2000, Kylie’s version, smoothly emulating the jazzy cabaret sounds of the early 50s, first appeared as a B-side to Please Stay, but continues to chart frequently across the world. Santa Baby is one of the highlights on her 2015 album, Kylie Christmas, and the song became her 50th UK Top 40 hit in 2017.

Eleven years after Kylie recorded Santa Baby, Michael Bublé performed a neat transformation of the song to make it Santa Buddy, amending the song’s Christmas wish list to make it a little more masculine. The singing pianist wasn’t shooting for a sable stole: he wanted a Rolex and tickets to see the Vancouver Canucks (well, ice hockey is seasonably chilly). His version was a strong seasonal seller, particularly in the US.

Over half a century since Eartha Kitt recorded it, Santa Baby continues to shine; versions by Ariana Grande, Taylor Swift, Gwen Stefani, Emma Bunton and Trisha Yearwood have added to the song’s glitter. It was a predictable pick for the on-off recording career of original screen sex bomb Mae West; Miss Piggy, whose personality was apparently based at least partly on Ms West’s, delivered it for The Muppets in 2006. Her version was no less parodic than RuPaul’s amusing deconstruction of the song’s chiffon-thin veil of respectability in 1997 – the album it appeared on was called Ho Ho Ho; what else? And there has been more than one lampoon of the song along the lines of Santa’s Baby. Eartha Kitt may have been outrageously seductive in 1953, but compared to those unseemly tales of unplanned New Year pregnancies, clearly her Christmas stockings – and the rest of her haute couture seasonal costume – remained firmly on her hourglass-shaped body.

Amazingly, Santa Baby has never topped the charts. Check out our complete run-down of Christmas No.1s to see which songs have.