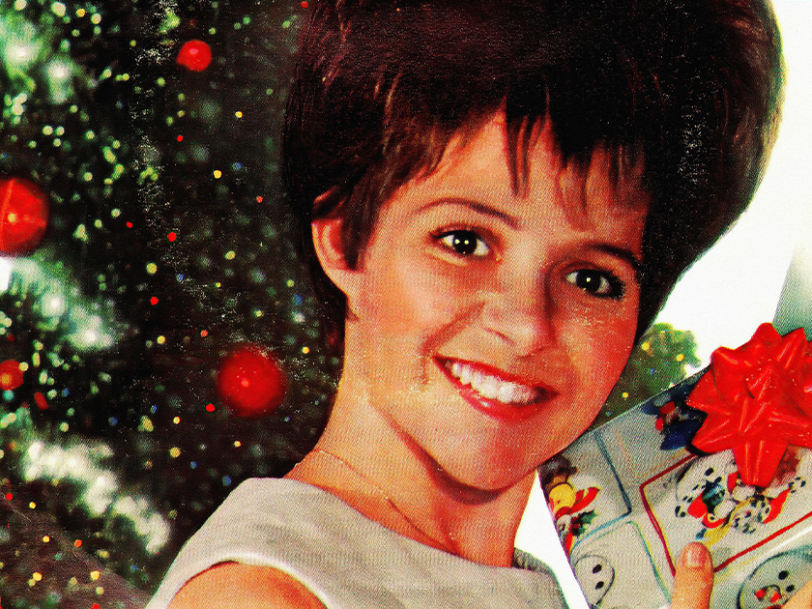 Rockin’ Around The Christmas Tree: The Story Behind The Classic Song

An evergreen Christmas song, Rockin’ Around The Christmas Tree is a shiny Yuletide bauble that has inspired a sleigh-full of cover versions.

Almost 400 recorded versions exist of Rockin’ Around The Christmas Tree, a catchy holiday-themed rockabilly-style song that was first recorded in 1958 by Brenda Lee, a 13-year-old pop sensation dubbed “Little Miss Dynamite”. Though the record wasn’t Lee’s first Christmas single (two years earlier she had cut a song called I’m Gonna Lasso Santa Claus, backed with Christy Christmas), Rockin’ Around The Christmas Tree eventually became the diminutive Atlanta singer’s biggest-selling record and, by 2008, was estimated to have shifted over 25 million copies. It also has the distinction of being the fourth best-selling Christmas song sold in the digital download format – quite a feat for a record that remains one of those surprising Christmas songs to never reach No.1 in either the US or UK, but which managed to top the Lithuanian charts as recently as December 2021.

Who wrote Rockin’ Around The Christmas Tree?

Rockin’ Around The Christmas Tree was just one of many Christmas-themed gems from the pen of the noted New York City tunesmith Johnny Marks (1909-1985), who had previously written and enjoyed commercial success with the immortal Rudolph The Red-Nosed Reindeer, originally cut by country singer Gene Autry, and A Holly Jolly Christmas, as sung by Burl Ives. Despite his penchant for writing cheerful, upbeat holiday songs – he churned out 27 in a fertile 20-year period between 1949 and 1969, many of which still rank among the best Christmas songs of all time – and the fact that he had his own publishing company, St Nicholas Music, Marks did not celebrate Christmas, as he was Jewish. (Among his other well-known Christmas jewels are I Heard The Bells On Christmas Day and Run Rudoph Run.)

Though Brenda Lee’s original rendition of Rockin’ Around The Christmas Tree is regarded as definitive, the singer re-recorded her signature song in 1991 – staying faithful to the arrangement – for her seasonal album A Brenda Lee Christmas. To date, Lee’s newer version of the song has racked up over 61 million streams on Spotify.

Lee’s success with Rockin’ Around The Christmas Tree wasn’t immediate – the song didn’t take off until its re-release in the early 60s – but once it was in the charts and on the public’s radar, it triggered an avalanche of cover versions; the most notable came from the UK, when British singer Kim Wilde teamed up with comedian Mel Smith (as Mel & Kim) to record it for a Comic Relief charity single in 1987. Their memorable version, which was accompanied by a humorous video, went to No.3 in the UK.

Who has sung Rockin’ Around The Christmas Tree?

Since then, there have been myriad interpretations of the song, many coming from some of the youngest pop stars of their day, among them Miley Cyrus, Jessie J, Justin Bieber, Kelly Clarkson and country doyenne Kacey Musgraves, who teamed up with R&B singer Camila Cabello for a duet version in 2019.

Michael Bublé – the singer who could be said to “own” Christmas, having put 20 different Christmas songs into Billboard’s Holiday 100 – also put his silky stamp on the tune, recording it for the bonus-edition version of his multi-platinum album Christmas, where he reconfigured it as a duet with his Canadian compatriot Carly Rae Jepson.

More recently, in 2022, the Tamil-Swiss pop singer Priya Ragu (of Good Love 2.0 fame) recorded Rockin’ Around The Christmas Tree for the soundtrack to the Amazon Prime Video Christmas romcom Your Christmas Or Mine? That same year, Sir Cliff Richard, who’s scored a remarkable four Christmas UK No.1s in his 80-plus years on Earth, also recorded a version of Brenda Lee’s classic, for his Yuletide album Christmas With Cliff.

The perfect song for evoking a celebratory holiday mood

Rockin’ Around The Christmas Tree has enjoyed a charmed life since its arrival in the late 50s. Over half a century since it was first recorded, the popularity of Brenda Lee’s version still seems to be growing; between 2018 and 2021 it has risen to the No.2 spot in the US charts each Christmas. Perhaps that’s not surprising: it’s the perfect song for evoking a celebratory holiday mood, and Christmas doesn’t seem like Christmas until you’re rockin’ around the Christmas tree yourself.