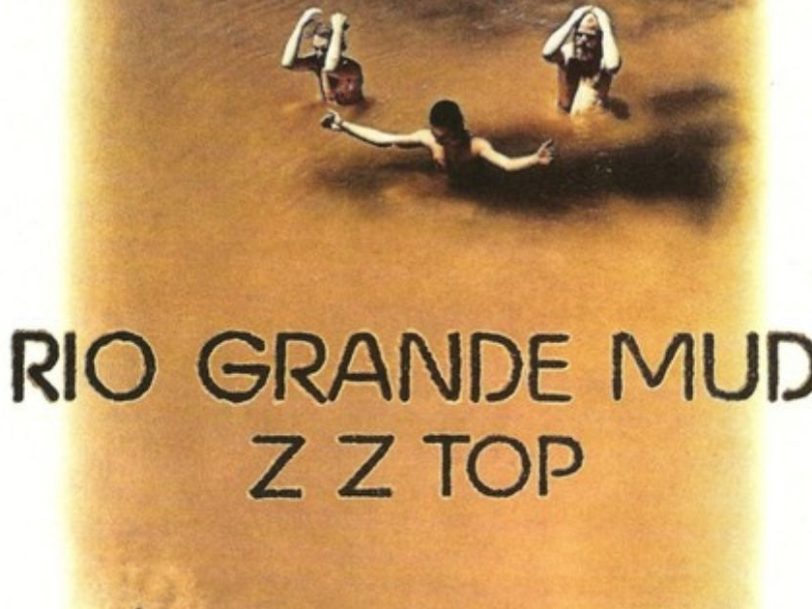 Named in honour of the mighty river that runs the border between Mexico and their beloved Lone Star State, ZZ Top’s second album, Rio Grande Mud, wasn’t a major commercial hit, but it was an important staging point on the group’s steady rise to becoming the “little ol’ band from Texas” that took over the world.

Though their origins are traceable back to 1969, the band’s self-explanatory ZZ Top’s First Album didn’t appear until January 1971, after the Houston-based trio signed with London Records. Mixing elements of blues, boogie and Southern rock with a liberal dash of the group’s innuendo-laden humour, ZZ Top’s First Album made for a no-frills debut, but it drew up an effective blueprint for what was to come.

Recalling the album for MusicRadar in 2013, frontman Billy Gibbons said: “We had been together for about six months and were knocking around the bar scene, playing all the usual funky joints. We took the studio on as an extension of the stage show. The basics were all of us playing together in one room… To give our sound as much presence and support as possible, we became a little more than a three-piece with the advantages of overdubbing.”

In the sense that it was still relatively free of embellishments, Rio Grande Mud wasn’t a quantum leap forward from the group’s debut. Yet, as Gibbons has since noted, it benefitted greatly from the time ZZ Top spent on stage, promoting their first record in any club, barroom or roadhouse that would have them.

“We started documenting events as they happened to us”

Rio Grande Mud was “the first record that brought us into step with the writing experience”, Gibbons told MusicRadar. “We started documenting events as they happened to us on the road; all of these elements went into the songwriting notebook. As we went along, we were keeping track of skeleton ideas as they popped up. The craft was certainly developing.”

The album’s contents certainly bear this out. Full of Rolling Stones-style swagger, Francine (featuring a rare lead vocal from bassist Dusty Hill) ensured the record got underway in style, while the likes of Bar-B-Q, Chevrolet and the tongue-in-cheek Ko Ko Blue (“Ice cream, you know what that means/I think I got a flavour you’ll like”) suggested Gibbons, Hill and drummer Frank Beard were rapidly developing into the most bad-assed boogie merchants south of the Mason-Dixon Line.

Elsewhere, ZZ Top’s inherent love of the blues shone through on Apologies To Pearly and the down-home, Lightnin’ Hopkins-esque workout Mushmouth Shoutin’. Even the album’s potentially draining seven-minute ballad, Sure Got Cold After The Rain Fell, didn’t outstay its welcome, with the three musicians riding the song’s slow, sorrowful groove with the economy of Free in their prime. And though Gibbons’ talent as a guitar-slinger was apparent throughout, he excelled himself on the album’s signature song, the lean’n’hungry Just Got Paid.

“That one was inspired by Peter Green’s opening figure in [Fleetwood Mac’s] Oh Well,” Gibbons revealed in a 2015 Rolling Stone interview. While studying art in Los Angeles, the future ZZ Top frontman had been sitting on the steps of an apartment when he got caught in the rain. “I couldn’t go anywhere, so I was trying to learn the figure from Oh Well,” he explained. Green’s guitar work “got all tangled up and it stayed tangled” with Gibbons’ own, eventually coming out as Just Got Paid.

“The underlying comfort factor was that we were recording in Texas”

With hindsight, Gibbons also felt that Rio Grande Mud came out better than ZZ Top’s First Album because the band were gaining in confidence in the studio, and had found themselves a sympathetic engineer in Robin “Hood” Brian.

“The underlying comfort factor was that we were recording in Texas,” he said in 2013, adding that there was “a tremendous amount of shared understanding” with Brian, who owned the studio they were recording in. “Being a musician himself, he had a lot of empathy for anybody who wandered into his place. He knew how to make everyone feel at home.”

Released on 4 April 1972, before Billy Gibbons and Dusty Hill had cultivated their trademark beards, Rio Grande Mud suggested ZZ Top were already well on their way to becoming the cat’s whiskers. Yet while adverts claimed they had “literally exploded throughout the South and Southwest”, the album was a relatively minor hit on the Billboard 200. Nevertheless, it set the group up to score the breakthrough they so richly deserved with their next record, 1973’s Tres Hombres.

Acknowledging that ZZ Top could “churn out sizzling electrical blues in a style not far removed from John Mayall’s original Bluesbreakers and early Fleetwood Mac”, Rolling Stone’s review of Rio Grande Mud somewhat prophetically noted that all the trio needed was “wider airplay and a little promotion” and they would soon end up where their name always maintained they would be.

Check out our best ZZ Top songs and find out which ‘Rio Grande Mud’ track cleaned up good.