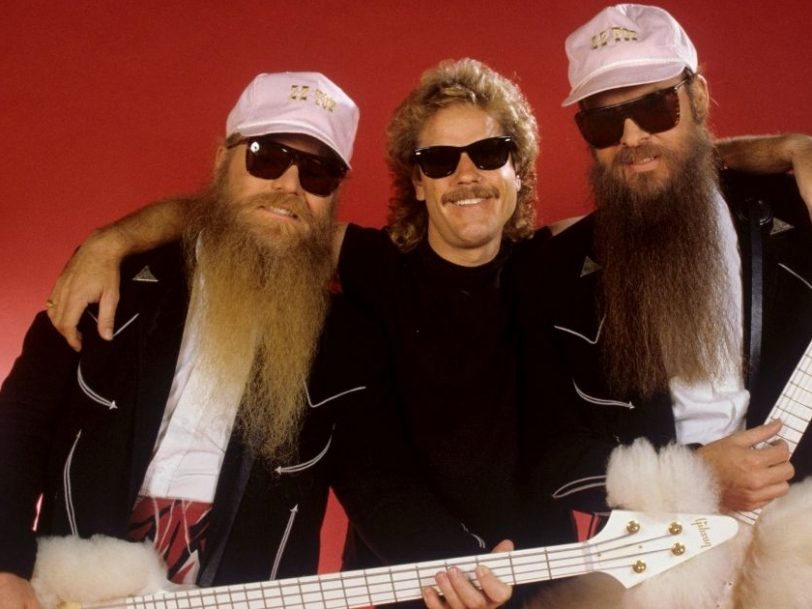 ZZ Top frontmen Billy Gibbons and Dusty Hill’s famous chest-length beards have long shown that everything really is bigger and bolder in the Lone Star State of Texas. Indeed, with help from drummer Frank Beard, these guys cranked out some of the meanest rock music known to man since they first burst outta Houston in 1970. Despite Hill’s passing, in July 2021, the band is still very much together, and the ten best ZZ Top songs prove just why these hirsute Texans are the cat’s whiskers…

Listen to the best of ZZ Top here, and check out our best ZZ Top songs, below.

Having established themselves as the most badass boogie merchants in the business during the 70s, ZZ Top updated their sound to startling effect by adding synths and sequencers to the mix on their 80s smashes, Eliminator and Afterburner. Recorded in Memphis, their next album, 1990’s Recycler, was something of a hybrid, with tracks such as My Head’s In Mississippi and 2000 Blues harking back to the band’s traditional sound, while the likes of Concrete And Steel and the anthemic Doubleback stuck to their tried and tested formula of hard rock embroidered with synths and electronic beats.

Recycler’s lead single – and arguably its high point – Doubleback also appeared in a different guise in director Robert Zemeckis’ Back To The Future Part III, in which ZZ Top performed a radically stripped-back country version of the song during their brief but memorable celluloid cameo.

Guitarist Billy Gibbons’ desire to marry his band’s Southern-fried boogie with the then popular new wave/synth-rock aesthetic hit paydirt on ZZ Top’s eighth album, Eliminator, which eventually moved a whopping 20 million copies worldwide. In addition to sprucing up their sound, however, the Texan trio also shrewdly harnessed the power of MTV by producing a series of memorable videos for the album’s singles.

Eliminator’s biggest hit, Legs, was an unstoppable earworm that would probably have been a sizeable radio hit in any case. However, when allied to its MTV Music Video Award-winning promo (in which a much-hassled young female shoe-store assistant takes revenge on her oppressors, and the band rock out with their famous sheepskin guitars), Legs adroitly somersaulted its way into the Top 10 of the Billboard Hot 100, and it still stands as one of the best ZZ Top songs of all time.

ZZ Top were blending guitars and electronica with an almost New Order-esque precision by the time their ninth album, Afterburner, lit up the charts in pursuit of Eliminator’s success. Once again, the record benefitted from rock-solid single choices, the first of which, Sleeping Bag, equalled Legs’ No.8 peak on the Hot 100 and went all the way to the top of Billboard’s Mainstream Rock chart.

Following the release of 1976’s Tejas, ZZ Top took a much-needed break after five albums and as many years of incessant touring. In the interim, frontman Billy Gibbons spent some time in Europe and discovered punk, bringing some of that genre’s aggression into his band’s sound on their Warner Bros debut, 1979’s Degüello.

The record’s title (which translates from Spanish into “no quarter” in English) was fitting, as Degüello was a tough yet tasty album which could clearly handle itself if things kicked off. Despite that, its best track was a surprisingly clean and faithful version of Sam And Dave’s Isaac Hayes-penned hit, I Thank You, which provoked one of Gibbons’ most heartfelt vocal performances.

ZZ Top’s fourth album, Fandango!, consisted of a first half of exhilarating live tracks and a second of all-new studio recordings. The latter concluded with the band’s first Billboard Top 20 hit, the light-hearted (if less-than-PC) Tush. The ideal vehicle for a rare Dusty Hill lead vocal, this irresistible 12-bar blues boogie in G will always rank among ZZ Top’s best songs, yet – astonishingly – it was written in little more than ten minutes during a soundcheck.

Recalling the song’s rapid creation, Billy Gibbons later told Spin magazine, “We were in Florence, Alabama, playing in a rodeo arena with a dirt floor. We decided to play a bit in the afternoon. I hit that opening lick, and Dave Blayney, our lighting director, gave us the hand [twirls a finger in the air] and told us to, ‘Keep it going.’ I leaned over to Dusty and said, ‘Call it Tush.’”

The story goes that Dusty Hill and Billy Gibbons allegedly grew their famous beards without each other’s knowledge prior to the recording of Degüello. Whether their newly acquired facial hair improved their musical ability is a matter for conjecture, but we can say with certainty that Degüello was ZZ Top’s most potent and adroitly-executed set to date at that point, with the likes of She Loves My Automobile and the band’s heartfelt cover of Sam And Dave’s I Thank You among the many songs to savour.

Another killer track was Billy Gibbons’ paean to his budget shades. Their use as a hangover cure (“When you wake up in the morning and the light hurts your head”) may have been written from painful experience, but his band’s performance was anything but punch drunk. Indeed, Cheap Sunglasses was the sound of ZZ Top at their swaggering, imperious best.

Though not as successful on the US charts as the preceding Gimme All Your Lovin’, Sharp Dressed Man is still unquestionably one of the best ZZ Top songs. That’s no surprise, as it’s got all the hallmarks of a classic rock anthem, with its wickedly catchy, stripped-back guitar riff layered over a quintessential chugging rhythm and a throaty Billy Gibbons vocal. Throw in the third of the three brilliant, MTV-friendly videos made to promote Eliminator’s trio of classic singles, and you have a rock anthem that’s as perfectly tailored for success as its titular hero.

Though their roots are traceable back to 1969, ZZ Top’s classic line-up fell into place when Billy Gibbons and drummer Frank Beard recruited bassist Dusty Hill and started gigging in earnest early in 1970. Their self-explanatory debut, ZZ Top’s First Album, appeared in 1971, but the trio really hit their stride with the following year’s Rio Grande Mud. A significant advancement in terms of both playing and production, it was filled wall-to-wall with ferocious, blues-tinged rockers, but is surely best embodied by Just Got Paid: a euphoric ode to the joys of a well-stuffed wallet on payday.

Unlikely as it may seem, Billy Gibbons’ interest in new-wave music and the era’s emerging synth-pop bands such as Depeche Mode shaped the sound of ZZ Top’s biggest-selling album, Eliminator, and one of the very best ZZ Top songs to come from it: Gimme All Your Lovin’. Arguably the group’s signature tine, this sure-fire smash went Top 10 on both sides of the Atlantic and planted the band in the wider public consciousness.

“We had dabbled with the synthesiser, and then all this gear was showing up from manufacturers,” Gibbons recalled of writing Gimme All Your Lovin’ in 2015, telling Rolling Stone, “We threw caution to the winds. This was one of the first tracks that started unfolding.”

Having successfully fused their down’n’dirty Texan boogie with sleek electronica, the band’s bid for global acceptance was given a further push by the song’s highly memorable video, in which a gas-station attendant gets taken for a ride by a trio of women driving the band’s vintage Eliminator car – a customised 30s Ford Coupe, which Gibbons had been trying to finance since 1976.

“We were shooting in California, but I still owed the builder $150,000,” the singer later recalled. “I went to the accountant: ‘It’s on the album cover. Can I get a write-off?’ ‘Yeah, you’re promoting your business.’ I scared up the dough and paid it off.”

Recorded primarily at Memphis’ renowned Ardent Studios, ZZ Top’s third album, Tres Hombres, rewarded the group with their commercial breakthrough, peaking at No.8 on the Billboard 200 and significantly raising their profile. As Pitchfork put it in a retrospective, the record was “a masterful melding of complementary styles, cramming Southern rock and blues boogie through the band’s own idiosyncratic filter”, and its standout moment was the ageless La Grange: a suitably raunchy tribute to a brothel on the outskirts of La Grange, Texas, which later became the subject of the Broadway play (and its subsequent film adaptation) The Best Little Whorehouse In Texas.

Though the song’s monumental groove was based on two blues classics – John Lee Hooker’s Boogie Chillen and Slim Harpo’s Shake Your Hips – La Grange was simply awesome on its own terms. Indeed, these days, it’s a regular in lists celebrating the best rock songs, and its reputation among the the very best ZZ Top songs is likely to remain unchallenged.

It’s topped our list of the best ZZ Top songs, now see where La Grange ranks among the best rock songs of all time.