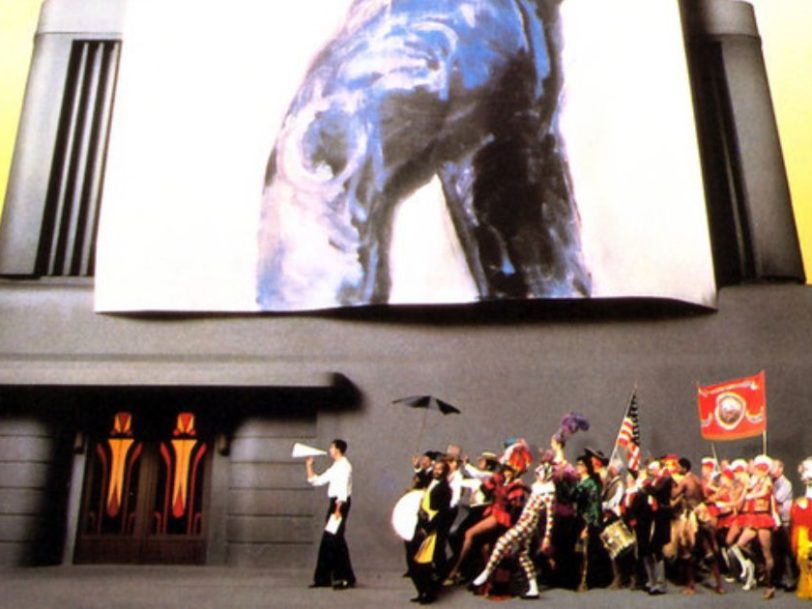 Spandau Ballet were at peak fame for the ‘Parade’ album, which signalled a new approach for the former New Romantics turned soul balladeers…

There was a focused efficiency to the follow-up to Spandau Ballet’s most successful album, True. For 1984’s Parade, the five-piece regrouped with producers Tony Swain and Steve Jolley to polish off an eight-track collection that would prove to be almost as successful as their previous record. There was, of course, a natural pecking order to the chart hierarchy at the end of that year, with Duran Duran the leaders of the pack stateside, and Spandau Ballet reigning supreme across Europe, leaving Culture Club and Wham! strong just about everywhere (especially in Asia). But things were starting to change, as more muscular, rock-oriented acts started to dominate radio airplay. The lighter, synth-centric atmosphere of New Pop was slowly starting to diffuse.

“We were all beginning to prefer this louder version of ourselves”

Spandau Ballet had taken notice, with songwriter Gary Kemp aware that the group’s very survival had thus far depended on an ability to innovate and move with the times. The Londoners had been wise to transform from New Romantics (on 1981’s Journeys To Glory and the following year’s Diamond) to sophisticated soul boys for the multi-platinum True. Now it was time to change again.

Parade was an album conceived for a huge global tour. “Since writing the last album, we had become a live act; in fact, we were all beginning to prefer this louder version of ourselves,” Kemp recalled in his 2009 autobiography, I Know This Much. “Where with the True album, I’d only be concerned with the sound of the record, now the songs would be written for the stage, and this time those stages would be arenas.”

Following lengthy rehearsal sessions in England, Parade was recorded in Munich’s Musicland studios in approximately six weeks, and it’s a punchy, no-filler triumph. Lead single – and arguably the album’s most familiar hit – Only When You Leave is a robust, hook-heavy slab of pop-rock that did great business in Europe, peaking at No.3 in the UK but proving to be the band’s last hit stateside, with a highest position of No.34 in September 1984.

By then, the standard formula of issuing multiple single releases had seen the dignified, midtempo I’ll Fly For You land inside the UK Top 10, while the jittery rock-dance cut Highly Strung was waiting in the wings, with evocative ballad Round And Round also scheduled for a Christmas release. With four of the album’s eight tracks earmarked for issue as single, you might be forgiven for thinking sales of Parade would be compromised. Far from it. Standard 80s marketing saw each single supported by a lavish video that only seemed to fuel the parent album’s momentum.

For Parade, which peaked at No.2 in the UK following its release, on 22 June 1984, the videos were off the scale – Only When You Leave and Round And Round are largely plush, studio affairs, but I’ll Fly For You was filmed on location in New Orleans, and Highly Strung had the then British colony of Hong Kong as its colourful backdrop.

“There was a real energy about the band at that time and a strong, collective spirit,” recalled lead singer Tony Hadley. “We’d had our first No.1 and a successful tour behind us; we had proved ourselves. I think there was a genuine sense of surprise among those critics who’d written us off as little more than clothes horses that we were capable of playing and performing live to such a level.”

On album tracks such as the atmospheric Nature Of The Beast there are echoes of the more theatrical, mannered act that Spandau Ballet had been, while the dance influences of Revenge For Love and Always In The Back Of My Mind offer a chunky, pop-rock reset on the soulful production that was typical of much of Swain and Jolley’s work on True and with their other acts, such as Imagination and Alison Moyet. The single-that-should-have-been, With The Pride, is a sweeping stadium singalong that proved a highlight of the global tour that followed the record’s release (the 2010 special-edition reissue of Parade included a recording of a great Wembley Arena concert staged that Christmas).

“I was happy with my voice,” Hadley recalled in his 2004 autobiography, To Cut A Long Story Short. “The standard of playing was getting better and better, and the newly rehearsed songs Gary had written had shaped up extremely well, too. Parade is still my favourite Spandau album. At that point, the band was a fantastically stable ship.”

Choppier waters lay ahead, but Parade arguably marks the high-water mark for Spandau Ballet, the pop-rock chameleons determined to stay one step ahead of the fiercely competitive 80s chart pack.