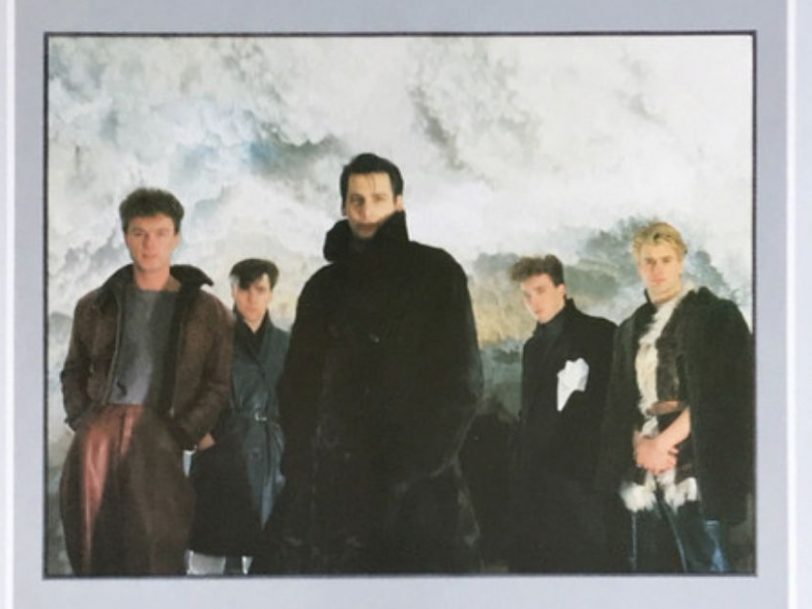 ‘Diamond’: Rough And Uncut, This Is Spandau Ballet’s Glittering Jewel

More than a majestic time capsule, Spandau Ballet’s ‘Diamond’ album captured the group developing into one of the 80s’ most successful bands.

Most acts find second albums notoriously difficult but, when work started on Diamond, the follow-up to Spandau Ballet’s debut album, Journeys To Glory, there was plenty of cause for optimism. Chant No.1 (I Don’t Need This Pressure On) had proved an enormous UK hit in the summer of 1981, positioning the New Romantic poster boys closer to the energetic euphoria of the British dance scene and even creating ripples in the US. Songwriter Gary Kemp sensed that the urban dance sound offered the most obvious channel for a new musical direction without entirely abandoning the group’s early Blitz Club inspiration.

“We never sat down and decided where the album was going”

Released as a follow-up single that November, Paint Me Down was formed from a palette then common in British nightclubs: horn-heavy and featuring those collective vocal hooks favoured by jazz-funk giants Beggar And Co. However, with an ambitious artistic storyboard overexposing the boys in a then controversial video (though fans lapped up the loincloth sequences), the clip was all but banned from children’s pop TV programming, all but ensuring its unexpected stall at No.30.

Kemp later admitted to feeling some uncertainty over where the band were pitching themselves. “We’d never sat down and decided where the album was going,” he wrote in his 2009 autobiography, I Know This Much. “I – in my bedroom – was allowed to ramble.”

How the group’s first single of the new year, She Loved Liked Diamond, landed outside the Top 40, however, remains something of a mystery. Easily one of the best Spandau Ballet songs, it’s a strong, melodic Europop stomper with a widescreen movie-theme ambition. History records that Diamond’s final single, Instinction, turned things around, thanks to a high-voltage remix from production wizard Trevor Horn. Spandau Ballet made it back into the UK Top 10, and the band’s career was saved (they would soon scale global peaks with the megahits True and Gold, both following in 1983).

While Instinction’s original Richard James Burgess production hints at what the song would become on its March 1982 single release, it’s perhaps the most pop moment of a demanding but fascinating album. Across just eight tracks, Diamond’s four singles sit slightly at odds with a denser, more considered presentation; Coffee Club’s juddering hooks are accessible enough, but the closing trio of tracks push things to a far more demanding place. Pharaoh is a funk-oriented experiment that draws on the hooky intensity of Chant No.1, and while singer Tony Hadley was still in the process of mastering his voice, there’s no doubting the emerging depth of his delivery.

Elsewhere, Diamond signposts the musical ambitions the group would come to fulfil. There’s a rich melody lurking within Innocence And Science, showing that the group were readying themselves for further pop complexities; the album’s closing cut, Missionary, has the epic sweep of the best Spandau Ballet theatre, the group’s terrific potential becoming clearer with each repeated listen.

Originally released on 5 March 1982, Diamond is the rewarding sound of a band testing the boundaries and starting to flex their muscles. It offers that trademark Spandau Ballet drama, some strong vocals (particularly on She Loved Like Diamond), the hooks that made them dancefloor draws in their early years, and the obvious ambition of Gary Kemp’s songwriting. Though the album didn’t quite capitalise on Journeys To Glory’s success, Spandau Ballet proved to be made of stern enough stuff to keep going. With the pop hooks and killer production values that ensured their place among the best New Romantic bands, the cliché is obvious but true: uncut and rough, this diamond remains a glittering jewel in the band’s lengthy back catalogue.