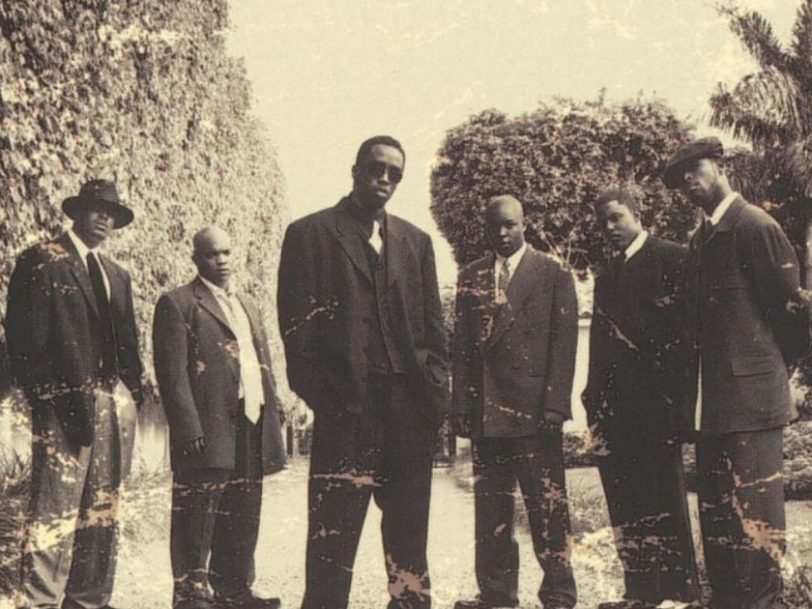 ‘No Way Out’: How Puff Daddy Found Freedom With His Debut Solo Album

Released in the wake of Biggie’s death, ‘No Way Out’ found Puff Daddy reckoning with a mounting crisis in hip-hop.

No Way Out, the chart-busting, Grammy-winning debut double-album by Sean Combs – aka Puff Daddy – was released by Combs’ own Bad Boy label on 22 July 1997, a few scant months after the violent death of his key signing and friend, The Notorious B.I.G., and the release of Biggie’s second album, the diamond-selling Life After Death. Combs had started out at Andre Harrell’s label, Uptown Records, where he’d heard Biggie’s raw demo. Founding Bad Boy in 1993, and taking Biggie with him, “Puffy”, as he then went by, had confidently assumed the roles of svengali, producer and hypeman, and with No Way Out he staked his claim to being a frontman, too, ably assisted by a host of 90s rap’s finest, plus his in-house production team, The Hitmen. While a year’s worth of recording sessions had resulted in much of the album’s material, the impact of Biggie’s death could be felt in later additions to the tracklist, plus in a letter from Puffy to Biggie included as part of the album’s artwork. Across the record as a whole, Puffy’s lyrical concerns continued Biggie’s mixture of (justified) paranoia, gunplay and aspiration.

Listen to ‘No Way Out’ here.

No Way Out opens with a choral intro overlaid with a helicopter sample that makes the piece reminiscent of the classical sequence from Oliver Stone’s Vietnam War movie Platoon. It then bursts into the tense horn fanfares of the single Victory, featuring New York City legend Busta Rhymes, who strides forward alongside Biggie (“The heaters in the two-seaters/With two midas/Señoritas/Kiss rings when you meet us”). Its accompanying cinematic video, from promo king Marcus Nispel, featured Dennis Hopper, Danny DeVito, Tamara Beckwith and Tara Palmer-Tomkinson, and the single release also featured an even tenser remix from the 90s’ premier industrial act, Nine Inch Nails; if you never put Combs and industrial music together, you might be in for a pleasant surprise, and Busta certainly missed a second career as a rock singer.

The album’s playful fourth single, Been Around The World – also featuring Biggie, plus the more fun-focused Combs protégé Mase – slows and throws David Bowie’s 80s dance-pop hit Let’s Dance into a dreamy daze, and also references Lisa Stansfield’s pop smash All Around The World on the chorus. Another movie in miniature, the lengthy Paul Hunter video utilised actress and soon-to-be pop star Jennifer Lopez. There were Armand Van Helden remixes on the single, too, in the proto-speed-garage style the DJ was then pioneering.

Following is What You Gonna Do?, heavily influenced by Bone Thugs-N-Harmony’s horizontal loops and zigzag street rapping, the group having worked with Combs on Life After Death; Puffy even referenced their huge hit Crossroads in the lyrics. The funky, breezy Don’t Stop What You’re Doing features Biggie’s raunchy girlfriend Lil’ Kim and R&B singer Kelly Price (“Everybody eatin’, everybody involved”, as Combs put it). There are then two cuts which sample titans of soul, the gospel-tinged, Marvin Gaye-lifting, crackle-wreathed If I Should Die Tonight (with vocals by Carl Thomas) and the tighter, piano-laced, Diana Ross-biting Do You Know?, which features Kelly Price on the familiar chorus while Puffy’s rhyme schemes show Biggie’s influence.

The head-nodding Young G’s again features Biggie and Price, alongside another up-and-coming, youthful-sounding rapper, the now-global superstar Jay-Z (“I been rich, I been poor, I saved and blown bread”), plus back-room involvement from 80s funk legend Prince Charles Alexander. In contrast, I Love You Baby features the bluff talents of the late Bad Boy rapper Black Rob and an evocative sample from exotica icon Yma Sumac.

The towering earworm of a single It’s All About The Benjamins once again enlists Biggie and Lil’ Kim, alongside The LOX (including Jadakiss and Styles P). The versatile cut also produced a rock remix (with Dave Grohl and Rob Zombie), another Armand Van Helden remix (delivering the sort of huge bassline he also attached to the likes of Sneaker Pimps and CJ Bolland at the time), a drum’n’bass remix from Ming & FS, and even a tap-dance battle in the video.

Combs’ most bleak and personal song, the downbeat, Roberta Flack-sampling Pain, opened up about the violent death of his father when he was a toddler (“Saw my father murder massacre slain/One shot took half of his brain/I recapture the pain”). Is This The End? follows, featuring speedy Chicago rapper Twista and R&B star Ginuwine. Its skittering Oriental vibe is reminiscent of the work of Ginuwine’s mentor Timbaland, and its lyrics address more pain, in reflections on the night of Biggie’s death.

The twanging I Got The Power heavily features the menacing LOX and was produced by Jay-Z’s early supporter, Big Jaz. The bumping Friend has a slightly more feminine vibe, featuring Kim’s sometime friend (and rival) Foxy Brown, mining a silky vein in which the Latin-flavoured Señorita continues.

A sincerity and universality of nostalgia and deep emotions

Riding the huge outpouring of grief over Biggie’s death was I’ll Be Missing You, Combs’ multi-platinum, Grammy-winning single recorded with Biggie’s widow, Faith Evans, and Bad Boy R&B group 112. An unapologetic pop tribute to their fallen friend, the song overcame its debt to The Police’s Every Breath You Take with the sincerity and universality of the nostalgia and deep emotions expressed (“Tried to black it out, but it plays again”). The intro on the album version again recalled the famous Platoon scene, with its Adagio For Strings sample, and Evans also riffed on the melody from the hymn I’ll Fly Away. The airy promo video was directed by hip-hop legend Hype Williams, and the single was backed with more emotional material, including The LOX’s We’ll Always Love Big Poppa and 112’s Cry On.

Early guest Mase also features on No Way Out’s closer, Can’t Nobody Hold Me Down. Released in 1996 as the album’s first single, it sampled Grandmaster Flash and reinterpreted Matthew Wilder on the chorus, and was supported by another Paul Hunter video. Though No Way Out featured some raw music and unbridled emotion, Bad Boy was going ever smoother with its chart hits – a creative decision hard to argue with when they were as effervescent as this neck-breaker.

Closing in on billionaire status, Combs (now going as Diddy) is one of the world’s biggest Black music impresarios, and he has now added actor and fashion mogul to his CV. His success is largely built on his work from this period – a time when there seemed to be no way out from a mounting crisis in hip-hop, but endless creativity in the fight for survival.