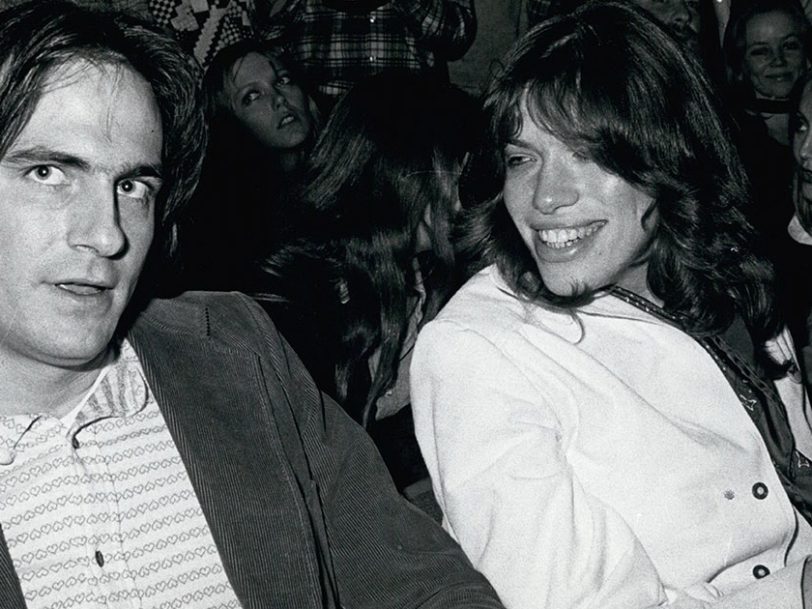 ‘No Secrets’: How Carly Simon Bore Her Soul And Spoke Her Truth

Written after a shock admission from James Taylor, Carly Simon’s ‘No Secrets’ album was a revelation for singer-songwriters everywhere.

Nobody mixes vulnerability and potency better than Carly Simon. On No Secrets, her skilful third album, from 1972, she epitomised the feminist cry – that “the personal is political”; that what happens in relationships has wider resonance for women’s position in society. And it was all done with a sheen and accessibility that she had never achieved before. “I was coming out into a time that I was respected,” Simon said in 2017. “I wasn’t just being told what to do.”

Listen to ‘No Secrets’ here.

“We were troubled people trying to pass as normal”

For many years, Carly Simon had kept a little notebook. In it, she would scribble down phrases that came to her, or that friends had deployed in conversation, for later use. “Clouds in my coffee” came from that notebook – she was on a plane, and the clouds passing by reflected in her hot drink – as did the idea that someone looked like they were “walking onto a yacht”. Raw materials were in place. But at the start of 1972, a lot in Simon’s life and art was unclear.

Simon’s partner at the time was the singer-songwriter James Taylor. “From the beginning,” Simon wrote in her 2015 memoir, Boys In The Trees, “James and I were linked together as strongly as we were not just because of our love, and music, but because we were both troubled people trying our best to pass as normal.” Their relationship would last a decade – they married in November 1972 – but would also be difficult, not least because Taylor was a heroin user. Just prior to recording No Secrets, Taylor had revealed his habit to Simon. “This is what I do. Watch,” he told her, as he shot up in front of a shell-shocked Simon. “You have to watch me. I have to let it all go.” As soon as he told her, he tried to quit. From now on, Taylor wanted to have no secrets from Simon.

“I start with words that are usually emotionally brought on”

As Simon struggled with what this revelation might mean, she was also at a professional crossroads, and she began No Secrets in a very different artistic space to where it would end up. Sessions early in 1972 with producer Paul Buckmaster, who had worked with The Rolling Stones on Sticky Fingers, had yielded Angel From Montgomery. This was a John Prine song that Simon and Buckmaster reworked into a sleaze-tinged blues track; it wore its Stones influence proudly. Yet Simon’s label, Elektra, didn’t approve. They thought it wasn’t commercial enough and shepherded Simon to working with the producer they had favoured all along, Richard Perry. (Angel From Montgomery, in all its torrid glory, was finally released in 1995 as part of the retrospective Clouds In My Coffee).

Perry had a glossy sensibility, having worked with Barbra Streisand and Harry Nilsson, and Simon was initially unsure about the collaboration. She treasured her New York City folk roots, which had spiked through her first two albums; even though her friend Mick Jagger had advised her to “forget this folk stuff”, she didn’t know whether she was quite ready for a head-first dive into commercial waters.

Yet the songs Simon was now writing were clearly soft-rock more than folk, and they were immensely likeable and catchy. Sympathetic production by Perry helped them shine. The album’s most enduring track, You’re So Vain, is unimaginable in any other arrangement. Perry’s production emphasised Simon’s sassiness and edge, treating her songs almost as powerful slogans, an approach that not only brought sales but also ensured Simon felt like an identifiable, relatable feminist voice to millions.

“No, the song isn’t just about one person,” Simon has said of You’re So Vain, answering a question she has been asked hundreds upon hundreds of times: just who is being roasted in that song? Simon has only revealed a little: she says each verse is about a different man, with the second verse being about Warren Beatty (allegedly, Joni Mitchell’s Same Situation, from Court And Spark, is also about Beatty). Over time, the answer to the question became less important than the game of finding out, as Simon would occasionally drop other hints out of the blue.

As famous as You’re So Vain is, No Secrets is not a one-song album. Embrace Me, You Child is totally different – something Simon described in 2015 as “a scream of anguish, a scream of pleading with my father to be with me”. Simon’s vocal acrobatics on the song, careering over her three-and-a-half octave range, is impressive – a vocal technique that has only enhanced her status among the most influential female musicians. His Friends Are More Than Fond Of Robin is a lovely, deceptively simple track using some early synth sounds. The Right Thing To Do is distinctive again, and its opening line – “There’s nothing you can do to turn me away” – was a belief that Simon had about James Taylor, particularly poignant given what he had recently revealed to her.

“I start with words that are usually emotionally brought on,” Simon said, in 2017. She then tries to look at her lyrics in the third version of a song, taking them in a different direction from pure autobiography.

“It sounded so bloody good”

The recording of No Secrets took place in London, and pop aristocracy dropped in to the sessions: Paul and Linda McCartney, George Martin, Harry Nilsson and Mick Jagger (the latter contributing backing vocals to You’re So Vain). Simon enjoyed her time in London, and the carefree photo on the album’s cover was taken outside her hotel. It was unposed, just as Simon was about to hail a cab, and “exactly what my summer was like in London”, she has said.

But all things must pass and, when the album wrapped, Simon headed back to New York. She soon heard You’re So Vain in a taxi. “It sounded so bloody good,” Simon thought. She wasn’t the only one: You’re So Vain was a No.1 in the US and beyond, regularly features in “best song ever” lists, and has been named by the UK Chart Company as their “ultimate song of the 1970s”.

No Secrets itself was released, to great success, on 16 November 1972, but Simon initially struggled with the album. “I remember saying I hated it,” she revealed in 2017. She later realised her ambivalence had less to do with its contents and more to do with its context. She worried because it was doing so well while One Man Dog, James Taylor’s 1972 album, was not. The irony that the strong female liberation of No Secrets was challenged by Simon’s own personal feelings in her romantic relationship was not lost on her.

It took her a while, but Simon was eventually able to separate out No Secrets from her marriage and her husband. She recognised it as everyone else had already done: as one of the finest singer-songwriter albums of the early 70s.

Find out where ‘No Secrets’ ranks among our best breakup albums.