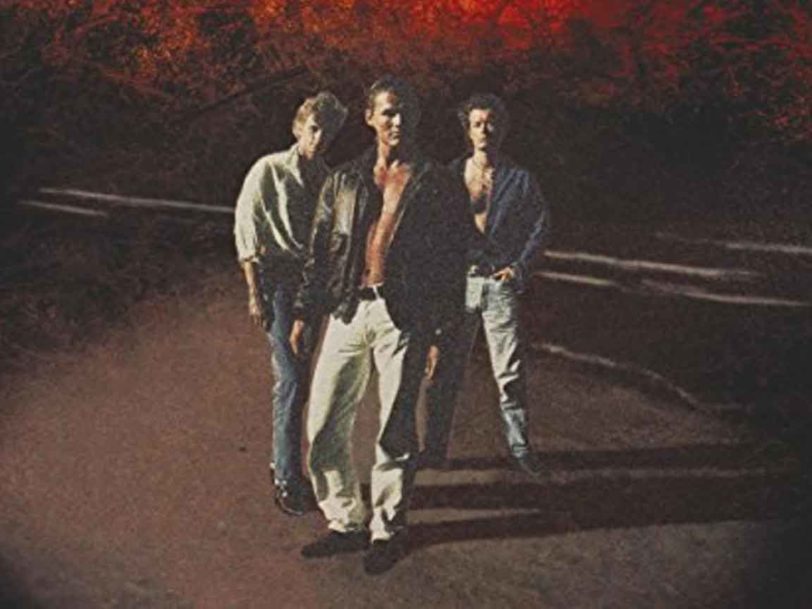 With the world at their feet, a-ha let musical and creative tensions lead the way for ‘Memorial Beach’, their most surprising album.

Routinely (and rather lazily) billed a-ha‘s dark stadium-rock album, Memorial Beach is, rather, the sound of a band balancing distinct influences that fracture the recordings into something deliberately pitched far – but not out of reach – from the band’s melodic synth-pop breakthrough.

“We could let things happen and not be so tense”

a-ha have always been tight on melody, and with a funkier, rockier tension playing out in full view, there’s a satisfying push-and-pull on the ten-track Memorial Beach that’s surprisingly effective. Take Move To Memphis, which first appeared on the 1991 hits compilation Headlines And Deadlines: some of those riffs could have come from Duran Duran’s Nile Rodgers-produced vehicle of 1986, Notorious, while Cold As Stone is a highly efficient fusion of funk, psychedelia and rock, and evidence of the soaring sound a-ha were clearly focused on. Meanwhile, Angel In The Snow is a warm, soft-focus ramble towards West Coast chillout – and that’s just three of the album’s first four tracks. This is nothing if not diverse.

Eight of Memorial Beach’s songs had been partly finished, and the final two demoed, in a-ha’s Norway homeland before the trio headed across the Atlantic to start formal recording sessions at Prince’s legendary Paisley Park Studios under the direction of David Rivkin (aka David Z, who had more recently hit big with Fine Young Cannibals’ She Drives Me Crazy, after earlier success engineering records with Prince). The group were determined to work with a producer who would tease a different approach from their compositions, and this was largely achieved by the band recording the songs live, with Rivkin focusing on the rhythmic structures that shaped them. “He would get cool sounds out of tiny plastic amps and toy keyboards,” recalled Paul Waaktaar-Savoy. “He was responsive to what we were doing. It made us realise we could let things happen and not be so tense about things.”

An epitaph of sorts

A critical component of the album’s sound was a Chamberlin keyboard, the forerunner of the better-known Mellotron, which later became a Radiohead signature. It added a dynamic texture to the sound of the band now routinely billed as stadium headliners, for which a meatier musical dynamic was prerequisite. It is doubtful whether Memorial Beach would have achieved its cinematic scale without the experience of playing to those huge crowds, including a record-breaking one-night-only performance before an audience of 198,000 in Brazil just a year earlier.

Elsewhere on the album, How Sweet It Was is all sweeping, epic melancholy, while Dark Is The Night For All, released as the record’s lead single, is further drenched in widescreen, brooding drama – powerful stuff for a group still labelled “pop”. The obvious obsession with Americana must be traced to the band’s desire to step away from the merry-go-round they had been trapped on since their first work together in London almost a decade earlier. It’s no secret that relations in the group were starting to fray, and Magne, for example, considered his song Lamb To The Slaughter as a farewell to the whole a-ha project. Its lyrics – “Go down is the only way out” – might have been an epitaph of sorts, but first came the unavoidable and immediate priority of promoting the collection following its 14 June 1993 release.

There were the obligatory TV appearances and a smattering of live dates, but the lack of a major tour speaks volumes about the dynamic between the band members during the Memorial Beach era. The wide horizons of the land that inspired the album are perfectly pictured on its closing title track – a worthy addition to the catalogue of a-ha ballads – but if it sounds like a plea for a bit of perspective and relative peace, it most probably was.

With just one more song recorded until their long break (1994’s Shapes That Go Together, issued for that year’s Winter Paralympics), Memorial Beach is the sound of a-ha letting musical and creative tensions lead the way, but it’s doubtful whether their 21st-century reunion would have happened without this critical safety valve. There’s a sense the fractured musical focus partly swamped some of the melodic charm of what had gone before, but this remains the most interesting and surprising of a-ha’s ten studio albums.

Check out our best a-ha songs to find out which ‘Memorial Beach’ track receives an honour.