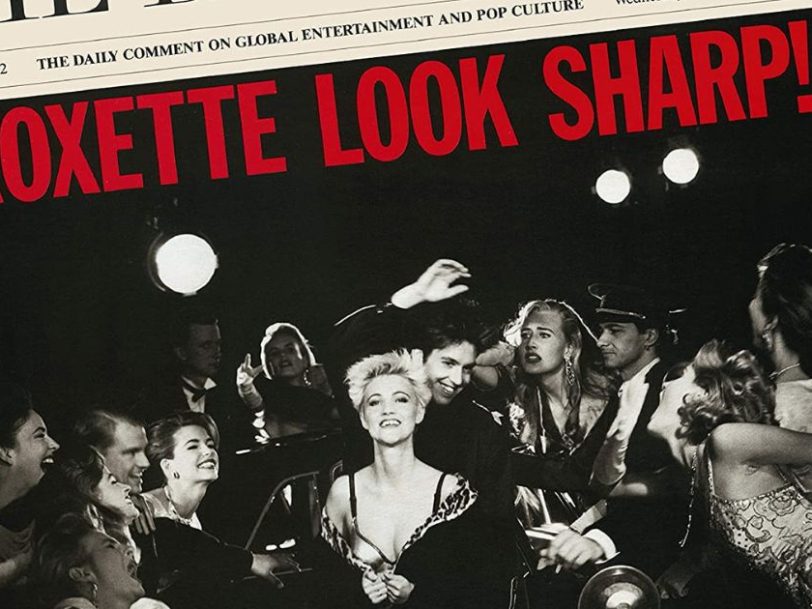 ‘Look Sharp!’ How A Roxette Fan Listened To His Heart And Made Stars Of The Band

Roxette’s second album, ‘Look Sharp!’, became a global success after a student took it to his local radio station, hoping to spread the word.

Look Sharp!, Roxette’s 1988 pop colossus, has a strange story behind its success. The album owed its worldwide breakthrough not to record company promotion, nor the duo of Per Gessle and Marie Fredriksson touring – not even due to rotation on the all-conquering MTV. Instead, it is the near-unbelievable tale of a young exchange student who kickstarted the Swedish duo’s international fame.

“It was obviously fun and catchy. I loved the vocals”

Gessle and Fredriksson had formed Roxette two years earlier, in 1986. They had known each other since the late 70s, and both were well-known musicians in Sweden (Fredriksson as a solo artist, Gessle as a member of Gyllene Tider). At the suggestion of their then label, EMI, the pair became Roxette and recorded a song together – Neverending Love – which gave them a huge homegrown hit. The new act then put together an album, 1986’s Pearls Of Passion, on the back of that single, to keep the momentum going.

That album’s follow-up, Look Sharp!, was a more considered affair from the start. To begin with, Fredriksson took on a greater share of the vocals. “I always thought we should promote the songs Marie sang,” Gessle said. “Me being a lead singer wasn’t part of the plan, not for me anyway.” Songs were demoed late in 1987, then recorded in March 1988. Surely everyone could tell that this new clutch of tracks – including The Look, Dressed For Success, Dangerous and Listen To Your Heart – had enormous commercial potential? Per Gessle had even written Listen To Your Heart with North American FM rock radio in mind.

EMI America had different ideas. They thought Roxette would not appeal to a US audience and rejected the duo. Gessle and Fredriksson must have been disappointed, but they cracked on with promoting Look Sharp! at home, with Dressed For Success and Listen To Your Heart both reaching the Swedish Top 3. Their fanbase grew. Soon it would include one Dean Cushman, from Minneapolis, who was studying computer science in the Swedish city of Borås. He heard The Look on Swedish radio. “It was obviously really fun and catchy, but I loved the vocals, they really speak to you,” Cushman recalled. He purchased Look Sharp! before wrapping up his studies and heading home.

“I did it because I wanted to share the music”

When back in the US, Cushman went to his local radio station, KDWB, loaning them Look Sharp! and enthusing about the duo that had recorded it. “I’d heard it can take a while for European bands and songs to make it over to the States and I thought a lot of people would like it,” Cushman has recalled of Look Sharp!, “so I just decided, Why not? There’s no reason not to. I did it because I wanted to share the music.”

Steve Cockran, a DJ at the station, heard The Look and was receptive. “First of all, it’s a good song as such,” he has said. “It suits the broad audience because it is ‘American’ in its cut.” When Cockran played the song on air, the listener reaction was immediate. KDWB had a number of sister stations across the US, shared The Look with them, and word of this catchy song soon spread.

Back in Sweden, Gessle and Fredriksson were stunned. “Good God!” Gessle wrote in his diary at the start of February 1989, reacting to the news that The Look was on the verge of making the Billboard charts. A few weeks later, it was No.1. “I don’t know how many times I’ve said the word ‘incredible’ in the last two weeks,” Fredriksson said at the time, as Roxette were deluged with press and promotional requests. Look Sharp! had proved a huge success in the UK and Europe, too. Roxette were now really living the life of Look Sharp!’s starry cover art.

“I think when you listen to us, something new happens all the time”

Released on 21 October 1988, Look Sharp! remains a high-water mark for late-80s pop. It’s got the crunch of glam rock with the sheen of 80s production. The album is also unusual for its sustained focus on gender nonconformity, with the strength of unconventional women celebrated in many of its tracks. This aspect of Roxette – women who hit like a hammer and shake like a mad bull – was ahead of its time, and in retrospect is a radical aspect of a band commonly thought of as solidly mainstream.

Because Gessle and Fredriksson had long ago cut their teeth in the music business, when this global megastardom came they were able to take full advantage of it. “We’d made all the mistakes in Sweden when we were really young, so we didn’t make the same mistakes ten years later,” Gessle remembered in 2009. “When Roxette made it big, we owned our own rights to the songs.” This became even more important, as the duo’s first post-Look Sharp! release was their biggest, It Must Have Been Love, in 1990. One of the best Roxette songs, it was part of the Pretty Woman soundtrack, a film that celebrated a free-spirited woman – one who could have walked straight out of a Roxette song.

Though Roxette would have several further successful albums, there’s something unique about their first breakthrough album and the fact that its success was helped by a fan’s genuine enthusiasm. A few years after the release of Look Sharp!, Marie Fredriksson was asked what made Roxette so loved. “I think it has a lot to do with the songs,” she said. “And our voices are very special. Per’s and my voice together has a very special sound. I think when you listen to us, something new happens all the time.”

Looking for more? Check out our best 80s songs.