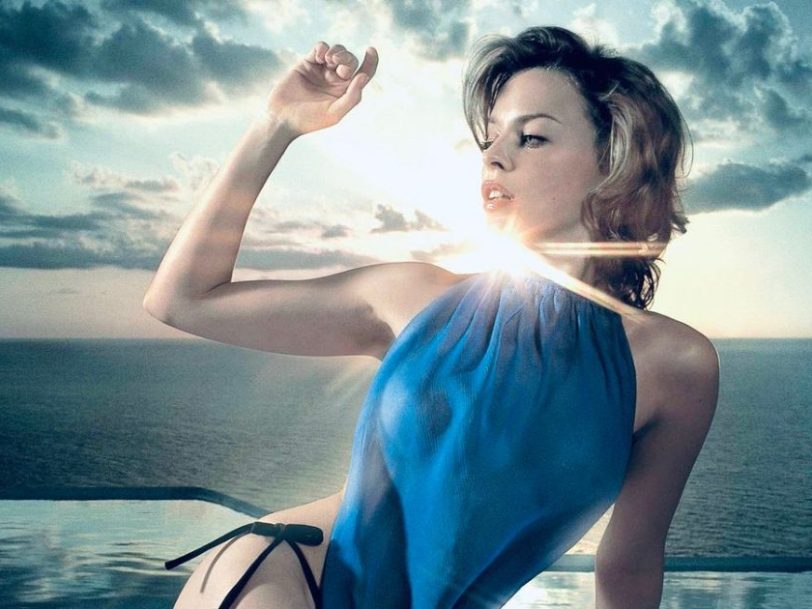 ‘Light Years’: How Kylie Minogue Found Her Future In Disco

Kylie Minogue’s triumphant return to her pop roots on the Light Years album was less an exercise in throwback nostalgia than it was a result of that marvellous moment of maturity we all experience when we finally figure out our place in the world. “Musically, I won’t be foolish and go back to somewhere I’ve already been,” explained the Australian singer, then barely in her 30s, but 2000’s comeback album was a spectacular reinterpretation of her brand, capturing everything that had been good before but pointing her in a sexier, thoroughly modern direction.

“The Kylie record that everyone has been waiting for”

Before any of that, Kylie had to find a new record label, and partnering with Parlophone – then home to those other 80s pop survivors Pet Shop Boys – was an obvious choice. The brief for what became Light Years was laser focused; in a press release issued to announce Kylie’s signing, Parlophone stated: “We found that we have a shared idea of what the next record should be like. Kylie is raring to go and I’m sure we’ll get the Kylie record that everyone has been waiting for.”

Roaring out of the blocks in June 2000, the first taste of Kylie’s new album fulfilled exactly that promise, and immediately became one of her classic singles. Spinning Around may have had a complicated genesis – American Idol judge and former pop draw Paula Abdul had co-written the track for herself – but the demo was passed to Kylie, who was then searching for fresh material. Producer Mike Spencer coated the pop track in a smooth 70s-influenced nu-disco sheen and it topped the charts in both the UK and Kylie’s homeland – a feat she hadn’t managed in Great Britain since 1990’s Tears On My Pillow, and in Australia since 1994’s Confide In Me. Spinning Around’s iconic promo video, directed by Dawn Shadforth, featured Kylie in a pair of second-hand gold lamé hot pants, and it arguably did more to reset her appeal than even the song did. The girl next door had finally grown up, and those hot pants became so famous they later appeared at London’s Victoria And Albert Museum as a critical pop-cultural reference-point.

A credible club act on a hot new winning streak

Later issued as a single alongside the parent album, September’s On A Night Like This was a contemporary electro-pop cut written by the team behind Cher’s mega-hit Believe. It was another Australian chart-topper and made it to No.2 in the UK, consolidating Kylie’s winning streak. On A Night Like This hadn’t been written for Kylie, either, but that didn’t devalue its effectiveness in repositioning her as a credible club act.

There were three further singles issued from the Light Years album, though the knowing masterpiece Your Disco Needs You was considered a step too far by her UK label. Despite only seeing widespread release in Germany (it was also given a limited release in Australia), this camp, Village People-inspired classic has enjoyed an outstanding afterlife, and it is now firmly established among the best Kylie Minogue songs.

Issuing the album’s Robbie Williams duet, Kids, was a more predictable choice for a single, given the former Take That singer’s huge success at the time. The song’s earthy, light rock production made it something of an outlier of the 14 tracks on Light Years, but it performed strongly, and the pair made several live appearances to promote it. Light Years’ final single, Please Stay, leans on hooky flamenco flourishes to lift a charming Richard “Biff” Stannard composition, but the album could have spun out yet more singles, such was the strength of its material.

Defying the critics and outpacing expectation

Of the singles that could have been, Butterfly is a frenetic and convincing club anthem, while the frothy Loveboat (which, like Kids, was penned by Robbie Williams and his then songwriting partner, Guy Chambers) is another highlight. Elsewhere, So Now Goodbye amps up the album’s Studio 54 styling, and the slinky Koocachoo is a kooky delight that might have ended up on an Austin Powers soundtrack. Disco Down is a hypnotic club-pop banger of the highest grade, while the new-wave-styled I’m So High offers a brief break from the glitterball glare. The accomplished cover of Barry White’s Under The Influence Of Love was a genuine revelation at the time, hinting at Kylie’s growing confidence at making a wider range of material her own.

The brittle Bittersweet Goodbye is Light Years’ only ballad, while the hypnotic title track, which closes the record, suggests how much fun Kylie was having with the project. Her cabin-crew parody – “Thank you for flying KM Air” – on this first-class recording is entirely in keeping with the playful mood of an incredibly engaging, populist collection that defied the critics and showed that Kylie could outpace expectation. Given widespread release on 25 September 2000 (it had appeared in her homeland three days earlier), Light Years confidently set up the next stage in a career that would stretch into the new millennium.

Kylie’s profile and commercial appeal was at a low ebb at the close of the 90s, and this project reset her formula in a style that has since become gloriously routine. Unquestionably one of the best best Kylie Minogue albums, Light Years sold more than two million copies worldwide and is arguably her most rounded studio collection to date. The “Princess Of Pop”’s “international treasure” status was still a decade or so away, but this record charted the course there nicely. Fans were more than happy to start re-collecting points on the KM Air frequent-flyer programme.

Find out where ‘Light Years’ ranks among our best Kylie Minogue albums.