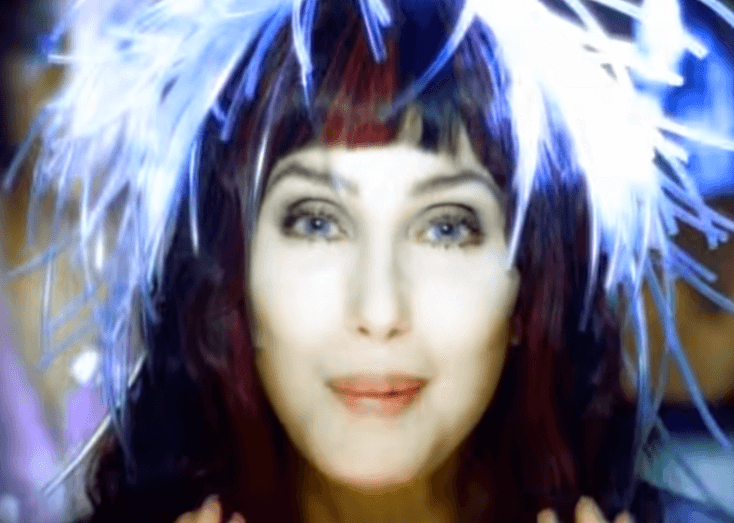 Believe: How Cher Created An Anthem For Queer Romance

A hallmark 90s dance-pop song, Cher’s Believe grew to speak to a new generation of LGBTQ+ identities, while introducing the “Cher Effect”.

On 19 October 1998, Cher released the chart-topping, era-defining dance-pop anthem Believe. Immediately resonating with the LGBTQ+ community around the globe, the song cemented Cher’s reputation as both a pop icon and one of the most popular queer-allied stars in music.

Over two decades later, Believe remains an instantly recognisable high point of Cher’s career, and is an essential feature in every LGBTQ+ club playlist. But though it now seems like an obvious hit, the song originally sounded very different.

“Everyone loved the chorus but not the rest of the song”

Believe was initially demoed by songwriters and producers Brian Higgins, Matt Gray, Stuart McLennen and Tim Powell, but as Cher’s producer Mark Taylor told Sound On Sound in 1999, “Everyone loved the chorus but not the rest of the song.” The demo was eventually handed over to Taylor and co-producer Brian Rawling, who were were entrusted with adapting the song to suit a new brief: creating an anthem that would transform Cher’s image and cement her place among pop royalty at the end of the 90s.

After decades of success – stretching back to her time as one of the most iconic 60s female singers – Cher’s legacy was set in stone, but the 90s were mostly dominated by boy bands and girl groups who had made teen-pop one of the era’s defining genres. For her 22nd album (yes… 22nd), Cher needed a reinvention that would prove her time was not up, without estranging her existing fanbase. As a new millennium approached, she had so much more to say…

Cher’s longevity, consistency and journey to overcome hardship have all contributed to her importance within the LGBTQ+ community. And then there’s her fabulous fashion sense, which has led many drag queens to impersonate the singer. Writing about this for Salon, Thomas Rogers noted that Cher’s narrative mirrors “the pain that many” LGBTQ+ individuals “suffer on their way out of the closet”. She has repeatedly prevailed through adversity, whether that be her decline in popularity in the late 60s, her split from her first husband and singing partner, Sonny Bono (whom Cher charged with “involuntary servitude”, claiming that he withheld earnings from her), or her own health struggles with the Epstein-Barr virus and chronic fatigue syndrome.

Cher’s importance to the LGBTQ+ community goes a lot further, though. During a 1979 residency in Las Vegas, she hired two drag queens to perform on stage with her, becoming “one of the first to bring drag to the masses”, according to Canadian magazine Maclean’s. The development of her allyship in her personal life is another important aspect to highlight: Cher’s eldest child, Chaz Bono, came out as lesbian at the age of 17, before transitioning into a male and legally changing his gender in 2010.

In an interview with GLAAD, Cher stated that her first interaction with the LGBTQ+ community was as a 12-year-old, when she met two gay men in her living room after coming from home school. She went on to explain that she “didn’t know that they were gay”, but that they were “much more fun that the regular men that came over to visit”.

As her career developed, Cher grew to become an activist aligned with a growing number of LGBTQ+ musicians who pushed the message that LGBTQ+ individuals have the right to equality. She has spoken at various conferences and, in 1998, received the GLAAD Vanguard Award for “having made a significant difference in promoting equal rights for lesbian and gay men”.

Believe probably wouldn’t be heralded as the iconic song it is today if it weren’t for what became known as the “Cher Effect”. Co-producer Mark Taylor originally credited Cher’s treated vocals to the Digitech Talker vocoder pedal, but it was later revealed that the producers used Antares’ Auto-Tune software to create the effect. In taking the audio input and correcting the pitch of each note according to a set musical scale, the software gave Cher’s voice its instantly recognisable timbre. Meanwhile, the producers manipulated the speed of correction; setting it to the fastest possible, they created an almost robotic, but still human vocal track, exemplified by Cher’s vocals.

The song went on to become the biggest-selling single of 1999 in the US, and spent seven weeks at the top of the UK singles chart while also hitting the Top 10 in over 25 countries. But Believe is not only a gold-star dance-pop banger; it is an anthem for any LGBTQ+ individual who has had to face hardship in their life, who has been marginalised or discriminated against because of who they are. Representing escapism and a statement of what it means to overcome, the song serves as a reminder to all LGBTQ+ people that, even though they may face difficulties, freedom and self-acceptance lie on the other side of hardship.

Believe features on Pride 2021, a new compilation album pressed onto rose-coloured vinyl, combining queer club classics and New Age anthems. £1 from each sale will be donated to Stonewall in support of their work towards LGBTQ+ equality. Buy it here.