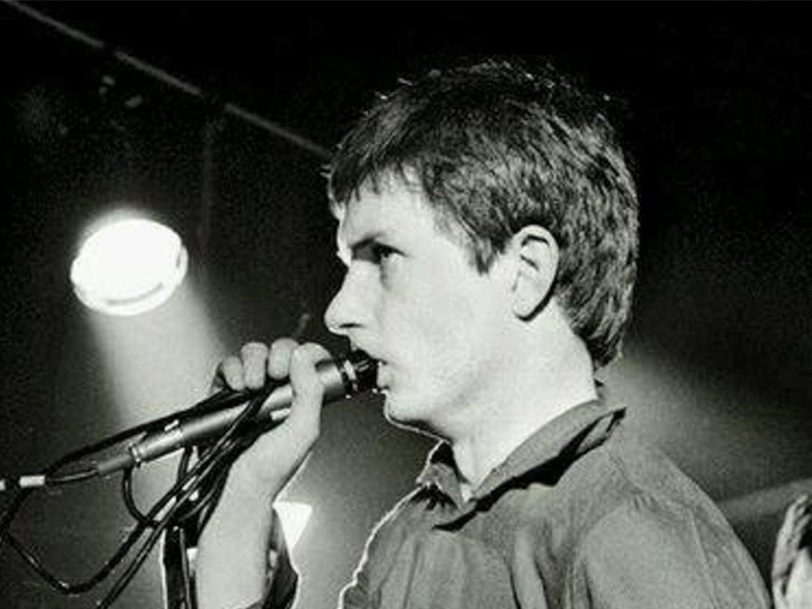 Initially intended to be a giveaway for fans, Joy Division’s three-track Komakino single is now a collector’s item.

Released simultaneously alongside their second album, Closer, on 18 July 1980, Joy Division’s Komakino single featured three songs – the title track, plus Incubation and As You Said – yet it was hardly a single in the traditional sense. It came bearing Factory Records’ official stamp (and the catalogue number FAC 28), yet it was issued as a flexi disc, and Joy Division wanted to give it away for free.

“A social experiment… we would hand it out at record shops”

“While we had been in the studio recording Closer, the idea came up that as we had more songs than would fit on the album… why not put them on a separate disc to go with it?” drummer Stephen Morris wrote in his memoir Record Play Pause, adding that the release wasn’t intended to be a single, “just an additional disc of the extra tracks”.

“Eventually, this Britannia Row control-room discussion between Rob [Gretton, manager], Tony [Wilson, Factory Records’ boss], Martin [Hannett, producer] and myself had moved on to a social experiment to see if it was possible to actually give something away for nothing… We would do a flexi disc and just hand it out at record shops.”

In retrospect, while it was an intriguing notion, the idea of releasing new music on the format was by no means unique in 1980. The flexi disc – a record made of a thin, flexible vinyl sheet with a moulded-in groove which could be played on any standard turntable – was bang on trend at the start of the decade. Music publications, from Smash Hits to MasterBag, frequently included cover-mounted flexi discs and, from 1980 to 1982, Flexipop! made it their trademark to give away a flexi with each edition of the magazine.

What was arguably a first, though, was Joy Division’s desire to release their disc for free – a gesture which seems especially altruistic because its three tracks contained some excellent music which fans would surely have been happy to fork out hard cash for, had Factory issued Komakino as a regular 7” single.

“This is an early example of Factory’s wilful economic perversity”

The Kraftwerk-esque instrumental As You Said was really Joy Division in name only, as it was edited down from an after-hours jam featuring producer Martin Hannett’s ARP synthesiser and Stephen Morris’ drum synth. Nonetheless, it was still worth hearing, as was the strident Incubation. A second instrumental, this latter track was a pulsating workout driven by angular guitars, Peter Hook’s precarious, high-end bass lunges and Morris’ stomping beat, and was often called upon to open the band’s latter-day live shows.

Komakino itself was the main draw, though it remains something of an enigma within Joy Division’s body of work. Translating from the German as “coma cinema”, the song’s title alone has been the subject of much speculation among fans. There was a German tape label using the name in 1979, which frontman Ian Curtis way well have been aware of, and Joy Division had played Berlin’s Kant Kino on 21 January 1980, so either of those might have provided inspiration for the song’s title.

Ultimately, though, Curtis never explained it, but his lyric (“How can I find the right way to control/All the conflict inside, all the problems beside?/As the questions arise and the answers don’t fit into my way of things”) appeared to hint at the pressures he faced in his personal life. His thoughts on his worsening epilepsy, his dissolving marriage and extra-marital relationship with girlfriend Annik Honore were also at the core of Closer classics dating from the same sessions, including Isolation, Passover and Heart And Soul.

A definitive response to that theory will probably remain elusive, but what is certain is that Komakino can hold its own among the best Joy Division songs. Aside from Curtis’ measured lyric and melancholic vocal, the track was driven along by one of Bernard Sumner’s most hypnotic guitar riffs, a quintessential Hook bass motif and Morris’ thundering, tom-heavy drums, and while it sounded like a distant cousin of Atrocity Exhibition, it was surely good enough to have graced Closer on its own merits.

As it turned out, it’s just as well Komakino did include some top-notch material, for despite Joy Division’s intended benevolence, their fans ended up paying for most of the 75,000 copies that were pressed.

“The idea was, you’d buy Closer and get the flexi disc free, but the record stores didn’t like that,” Peter Hook wrote in Unknown Pleasures: Inside Joy Division. “So they decided to sell the flexi discs. People bought the album, but the stores would still charge customers 50p extra or whatever for the flexi, the rotten devils.”

“Of course, the profiteers won,” Stephen Morris reflected, with bitter hindsight. “It currently goes for up to £20 – so much for idealism. This is an early example of Factory’s wilful economic perversity. They definitely lost money on that marketing experiment. Some things you just can’t give away, no matter how hard you try.”