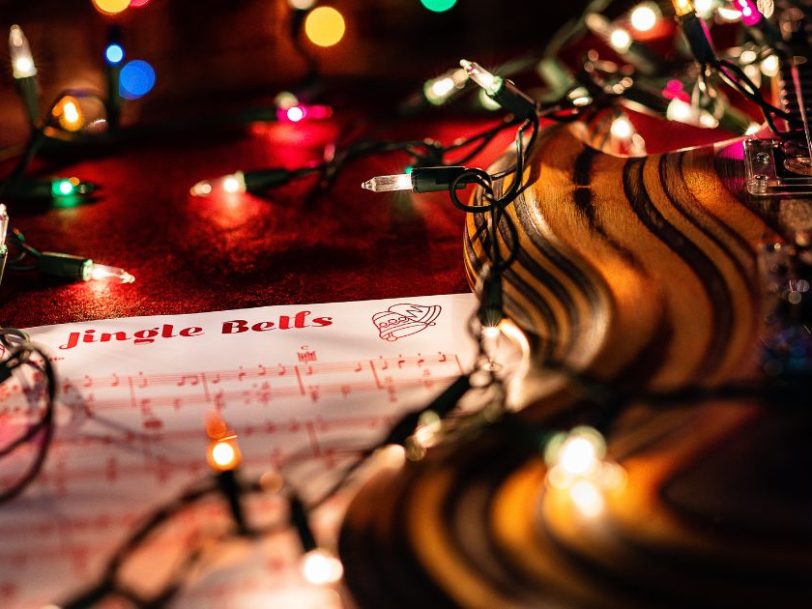 It’s regarded as one of the best Christmas songs of all time, but Jingle Bells wasn’t actually written to be a Christmas song at all. Take a look at its lyrics – you’ll see plenty of snow and wintry frivolity, but nothing specifically linking the song to the holiday season. Not only that, but much of Jingle Bells’ history has been disputed, too, as two separate towns have claimed to be the birthplace of the song, which one historian has said was more or less cobbled together from ideas found in other popular tunes of the era.

So how did Jingle Bells become one of the most beloved Christmas songs of all time? Here’s the full story. Expect rivalries, space travel and a lot of horseplay…

Jingle Bells was originally written in the 1850s by James Lord Pierpont, a composer, organist and Confederate soldier who was also uncle to JP Morgan, the investment banker behind the multinational financial corporation of the same name. But exactly where and when Pierpont wrote Jingle Bells is the subject of some disagreement. At 19 High Street, in Medford, Massachusetts, a plaque claims that Pierpont “wrote the song Jingle Bells in the presence of Mrs Otis Waterman, who later verified that the song was written here” in 1850, in what was then the Simpson Tavern. However, over 1,000 miles south, in Troup Square, Savannah, Georgia, a different plaque claims that Pierpont wrote Jingle Bells seven years later, while serving as the organist and musical director of the city’s Unitarian Universalist Church.

Further research has suggested that Pierpont, who had been born in Boston, Massachusetts, in 1822, had moved away from his home state as early as 1849, when he left his first wife and family behind in order to take part in the California Gold Rush. And it’s true that Jingle Bells was only copyrighted in 1957, which would have made for an unusually long time between writing the song and claiming ownership of it, had Pierpont remained in Medford and penned Jingle Bells in 1950.

Certainly, however, Massachusetts was an inspiration for Jingle Bells, which was, so some scholars have suggested, originally written to be sung during Thanksgiving celebrations, or even as a drinking song, rather than for the Christmas season it has since come to embody. Originally titled The One Horse Open Sleigh, the song was one of many “sleighing songs” written in the mid-1850s, with titles such as The Bonny Sleigh and The Merry Sleigh Ride!, to celebrate the sleigh races held in North America’s snowy climates, or to recount the more private pastime of taking a sleigh ride with a loved one. The bells of the song’s more famous title referred to those tied to horses’ harnesses: as well as causing excitement during the races, the jingling sound they made alerted riders to the presence of nearby hooves. In snow, and in the dark evenings, it would have been impossible to hear other horses coming around corners, so the bells helped to avoid collisions. So in this instance, “jingle bells” refers to the sound the bells made, rather than a type of jingle-bell itself.

Though James Lord Pierpont wrote Jingle Bells, the song is hardly original. In a 2017 study published online by Cambridge University Press, historian Kyna Hamill has noted that Pierpont effectively wove together a patchwork of ideas lifted from other sleighing songs, and that Jingle Bells follows their same basic narrative: high-speed racing which ends in an upturned sleigh.

What’s not often noted is that Jingle Bells also had a risqué element that fit the archetype. In the mid-1800s, young lovers who took a sleigh ride together would have availed themselves of the rare opportunity to steal romantic alone time. “Take the girls tonight/And sing this sleighing song” goes a lyric in Jingle Bells’ final verse, with the narrator advising listeners to “Go it while you’re young.”

Records show that the first ever recording of Jingle Bells was by a banjo player called Will Lyle, who made an instrumental recording of the song on an Edison wax cylinder, in 1889, two years after Pierpont copyrighted it. Though giving Jingle Bells the distinction of being the first Christmas song ever recorded, copies of Lyle’s version have long since been lost. The earliest surviving recording of Jingle Bells was, however, also on wax cylinder, as part of a Christmas medley titled Sleigh Ride Party, recorded in 1898 by the vocal harmony group the Edison Male Quartett.

The song had, however, been popular for decades before then, with its first known public performance being on 15 September 1957, when minstrel performer Johnny Pell sang it at Ordway Hall in Pierpont’s hometown of Boston – presumably adding credence to the claim that Jingle Bells had been written in nearby Medford. Yet scholars have noticed that Jingle Bells underwent some changes between its first publication as sheet music and its earliest known recordings, with the chorus shedding its early resemblance to Canon In D, by the 17th-century German composer Johann Pachelbel, en route to taking shape as the tune which is now sung around the world.

Who has covered Jingle Bells?

Like many songs that have become Yuletide standards, It’s Beginning To Look A Lot Like Christmas and Santa Claus Is Comin’ Town among them, Jingle Bells was picked up by the jazz fraternity in the mid-20th century. “King Of Swing” Benny Goodman scored a US hit with it in 1935, and bandleader Glenn Miller and crooner Bing Crosby (with The Andrews Sisters) both took the song into the charts on separate occasions in the early 40s. As one of the holiday season’s defining voices, Frank Sinatra inevitably recorded Jingle Bells in the 50s, as part of a lineage of swinging vocalists who have added the sleighing song to their repertoire, exemplified in the modern era by Michael Bublé, who recorded a galloping version with The Puppini Sisters on his 2011 album, Christmas.

Such is Jingle Bells’ popularity, however, that artists from all over the musical spectrum have been drawn to it. Stax Records house band Booker T And The MGs hitched the song to a Hammond B3 groove for its inclusion on the 1968 compilation album Soul Christmas. Forty years later, neo soul star Musiq Soulchild gave it a smooth-rolling update for a new generation of R&B fan which had already heard, earlier in the decade, the original funky divas, En Vogue, rattle through Jingle Bells as a slice of frenetic Eurodisco.

The first song ever broadcast from space

As well as country stars (George Strait), alt-rock groups (Barenaked Ladies) and adult-contemporary singer-songwriters (James Taylor), space explorers have also recorded versions of Jingle Bells – in outer space, no less. While on a mission to complete the first-ever manned rendezvous between spacecraft, on 16 December 1965 astronauts aboard Gemini 6A pranked their colleagues on Gemini 7 and at Ground Control: “We have an object, looks like a satellite going from north to south, up in polar orbit,” they reported. “Looks like he might be going to re-enter soon… You might just let me try to pick up that thing.” Gemini 6A astronauts Tom Stafford and Wally Schirra then played a snippet of Jingle Bells on some sleigh bells and a harmonica they had smuggled aboard, making the tune the first song ever broadcast from space.

In some ways, then, it’s only one small step to SPACE MAN hitmaker Sam Ryder, who, in 2022, recorded Jingle Bells for the soundtrack to the Amazon Prime Video Christmas romcom Your Place Or Mine?. Using Smokey Robinson And The Miracles’ 1970 version as a launching pad, Ryder has ensured that Jingle Bells will continue along its trajectory as one of the most-covered songs of all time.

Laughing all the way through history

Despite its origins, Jingle Bells’ association with Christmas means that even the merest snatch of the song evokes the holidays. Joni Mitchell proved as much on one of her most beloved songs, River, from her 1971 album, Blue. Interpolating Jingle Bells’ melody into her maudlin reflection on a break-up, Mitchell created one of the best alternative Christmas songs – one which acknowledges the mixed emotions that can surface during a time most often associated with cheer and goodwill.

James Lord Pierpont wrote many other songs in the 1850s and early 1860s, including Gentle Nettie Moore, whose chorus Bob Dylan adapted for his own 2006 song Nettie Moore. But it’s for Jingle Bells that he will forever be remembered. It gained him entry into the Songwriters Hall Of Fame in 1970, and also inspired a scholarship fund at Armstrong Atlantic State University, in Savannah, Georgia, Medford’s rival city in the battle for recognition as Jingle Bells’ birthplace.

Almost two centuries on from its creation, however, no one can truly own Jingle Bells – that opportunity bolted from the stables years ago. It’s had carol singers and other celebrants “laughing all the way” through history, and it shows no signs of stopping.