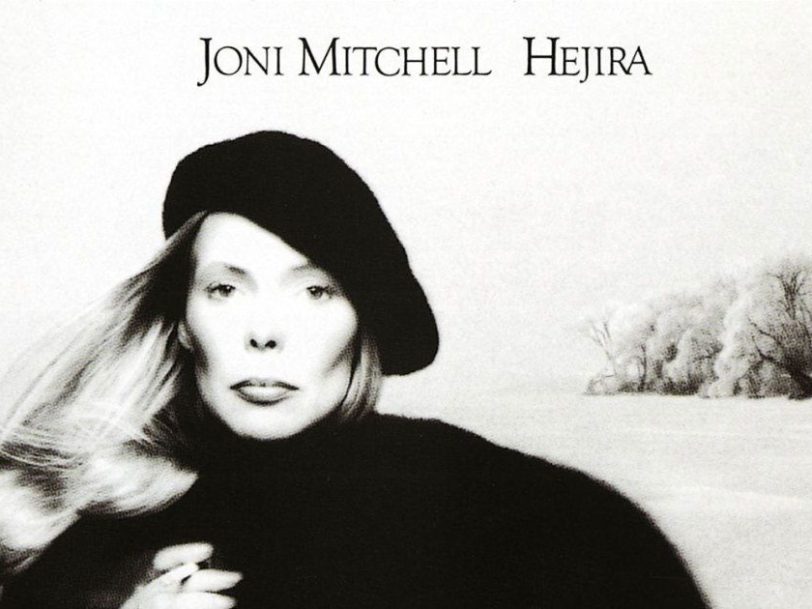 ‘Hejira’: How Joni Mitchell Journeyed Into Her Greatest Musical Experiment

Joni Mitchell’s eighth album, ‘Hejira’ was dominated by themes of wanderlust. It remains the peak of her 70s musical experiments.

“Running away with honour.” That was how Joni Mitchell summed up the title of her 1976 album, Hejira. She found the word by flicking through a dictionary, noted that it was derived from the Arabic “hijrah”, and was particularly drawn to the look of it. The swing of the letter “j” especially shaped her feelings about the album. “It’s leaving the dream, no blame,” she said.

Leaving, right from one of the first songs Joni Mitchell wrote (the self-explanatory Urge For Going), has been a constant presence – as threat, or potential escape route – in her music. After all, she had moved away from Canada; she had divorced; she had placed her daughter for adoption; she had left cities, lovers, and (most recently) a tour, cancelling several dates promoting The Hissing Of Summer Lawns in order to protect her mental health. She knew leaving wasn’t easy, but she also knew it wasn’t always selfish, no matter how it may look to others.

“To me, the whole ‘Hejira’ album was really inspired”

Escape also implies movement, and Mitchell had experienced plenty of that lately. As well as her own partially-abandoned tour, she been on the bill as part of Bob Dylan’s 1975 Rolling Thunder Revue. She had also undertaken a personal road trip, partially on her own; during it, she did not have a driver’s license, gave false names and wore a wig. Through the flux, she wrote new songs. Their titles were wild, itinerant: Refuge Of The Roads, Blue Motel Room, Coyote.

Released in November 1976, Hejira was also the process of leaving behind her previous sound. Joni Mitchell’s debut album, Song To A Seagull, now felt like a work 20 years old, rather than just eight; the folk trembles were long gone. Even the confessionals of her landmark Blue album, and the commercial success of Court And Spark, felt remote, despite both being recorded during the first half of the 70s. The Hissing Of Summer Lawns, the studio album that immediately predated Hejira, was closer to Mitchell’s desired experiments with jazz and freer song structures, but there were still elements of her music that displeased her, especially its bass sound, which she described as “dead” and “distant”.

“It was really fun coming in from nowhere, and adding this thing!”

If the bass guitar had a decade, it was the 70s. Funk, reggae, and dub music all stretched the capabilities of the instrument, as the best 70s basslines remind us. A new type of bass guitar had also taken off – the fretless bass, allowing skilled players to find more fluidity in their sound. And there were none more skilled than Jaco Pastorius. A virtuoso bassist, Pastorius had (according to legend) removed the frets on his bass guitar with a butter knife, and released his self-titled debut album in 1976. Already on his way to becoming one of the best bassists in the world, Pastorius created an unparalleled intensity and depth with the instrument. After Mitchell was given a copy of Jaco Pastorius, she knew she had to work with him.

“I didn’t even know anything about Joni Mitchell,” Pastorius said in 1978. “But it was really fun coming in from nowhere, and adding this thing! It was a nice combination.” Pastorius was eight years younger than Mitchell, and his inventiveness was exactly what her new songs needed. His range on the bass was such that he could even raise his instrument to meet her soprano vocals.

It was obvious why Mitchell would need musicians as daring and as accomplished as Pastorius, for Hejira is full of demanding songs, both for a player and a listener. The album’s centrepiece is Song For Sharon, an unsteady, near-conversational piece named after Mitchell’s childhood friend Sharon Bell. While writing much of Hejira, Mitchell was a habitual cocaine user, and the drug that famously bloats rock-star egos had an interesting effect on Song For Sharon in particular. Mitchell’s writing process would often involve composing far more verses than she ended up using, as she would deliberately pare the songs back to conventional lengths before recording. Song For Sharon, in contrast, kept all of its multiple verses, and is all the better for it. One of the best Joni Mitchell songs, it skips through Mitchell’s history, telling true stories of buying a mandolin and going to strangers’ weddings, right to the recent suicide of her acquaintance Phyllis Major. Mitchell’s hummed refrain of “dee-dee-dee-da, oh, dee-dee-dee-dee-da” throughout calls back to the carousels of life on The Circle Game, the song which closed her third album, 1970’s Ladies Of The Canyon.

Hejira’s title track is equally multifaceted. Here, Mitchell is completely unmoored from traditional singer-songwriter structures, looking forward to future epics such as Paprika Plains (from Hejira’s follow-up, Don Juan’s Reckless Daughter) and The Wolf That Lives In Lindsay (from Mingus). It’s not only the lyrics of Hejira that reference escape – it’s the whole sound of the song. The undulations, the repressed fears, the yearning: it’s all there in Mitchell’s guitar and Pastorius’ bass.

Amelia is inspired by Amelia Earhart, the first female pilot to fly alone across the Atlantic; her disappearance while crossing the Pacific in 1937 is still unexplained. Mitchell contrasts her own solo journeying, stop-offs and encounters with Earhart’s, repeating “Oh, Amelia, it was just a false alarm” – right until the final verse, when the signs of disaster became real.

Even on Hejira’s album cover, Mitchell’s body (under her poetic beret and cloak) is comprised of the road. Increasingly using her own paintings and self-portraits for her album covers, Mitchell had not used a photo of herself on a record sleeve since 1972’s For The Roses. She has since described Hejira’s artwork as her favourite, saying “a lot of work went into that”. The back cover, of Mitchell skating (while appearing avian-like, surely in a reference to the album’s song Black Crow) was an image she returned to on her 2005 compilation, Songs Of A Prairie Girl – a collection, again, dominated by vagabond impulses.

Released in November 1976, Hejira marks the peak of Mitchell’s 70s experiments. There would be more to come, but no subsequent Joni Mitchell album would be quite such an exquisite mix of the difficult and the emotional. “To me, the whole Hejira album was really inspired,” Mitchell said in 2019. “I feel a lot of people could have written Chelsea Morning [from 1969’s Clouds], but I don’t think anyone else could have written the songs on Hejira.”