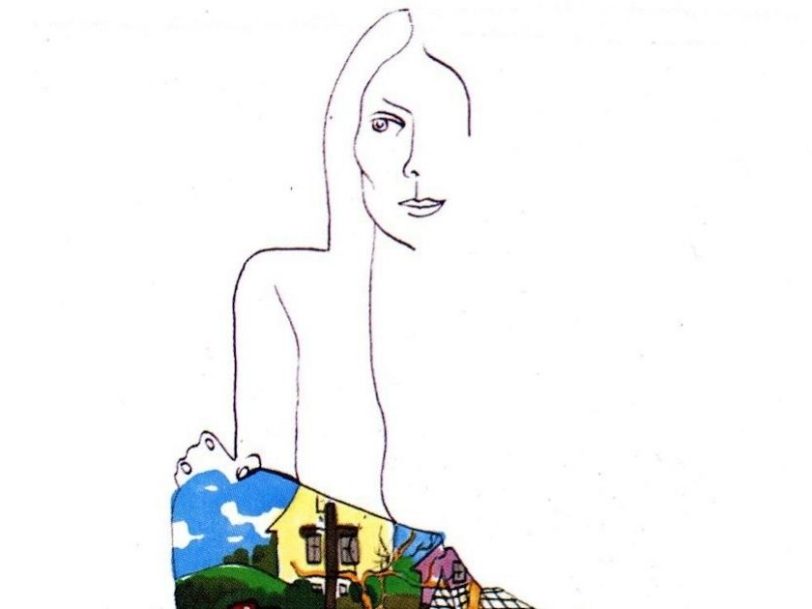 ‘Ladies Of The Canyon’: The Further Depths Of Joni Mitchell’s Creativity

An album that explores joy and hope alongside sadness, ‘Ladies Of The Canyon’ took steps towards Joni Mitchell’s later experimentation.

Laurel Canyon, Los Angeles. The place of myth and mountains, faded Hollywood glamour and countercultural experimentation. Joni Mitchells third album, Ladies Of The Canyon, was a product of all these. Even though other of her records would sell more, this one, released in April 1970, feels like her commercial high point; featuring some of her most well-known songs, it offers an undeniable reflection of how Mitchell was living at the time.

Listen to ‘Ladies Of The Canyon’ here.

Joni had moved to 8217 Lookout Mountain Avenue, in Laurel Canyon, in 1969. It was somewhere close to nature, a haven from the business of music commerce; yet it wasn’t isolated, nor was it scruffy or unkempt. It was the perfect place for Mitchell to consolidate the successes of her first two albums, Song To A Seagull and Clouds, and use the financial security brought from the hits she had written for others.

“There was a freedom in the air,” said Graham Nash, Mitchell’s partner at the time, of Laurel Canyon. “There was a sharing of ideas and a true love for being in the right place at the right time.” Several musicians were making Laurel Canyon their home, and already Jackie DeShannon, The Mamas And The Papas and John Mayall had paid tribute to the area in their music. Crosby, Stills & Nash formed in Laurel Canyon – right in Joni Mitchell’s living room.

Seeding themes that would continue and intensify

While a very accessible album, Ladies Of The Canyon starts to take some steps towards Mitchell’s later and less straightforward work. It seeds themes that would continue and intensify in the best Joni Mitchell songs, with perhaps the strongest being the pervasive influence of commercialism and Mitchell’s desire to maintain integrity. For Free and, particularly, the biting The Arrangement deal with the seductions of fame and its trappings, almost as a way to keep artists drugged and docile. But such is Mitchell’s expansiveness, commercialism is not only about people, but place, as she sings of paved paradise on the album’s great hit, Big Yellow Taxi.

Big Yellow Taxi was inspired by a trip Joni took in 1969 to Hawaii. In a similar way to newly-famous musicians, Hawaii was finding that greater renown was changing it, and not always for the better. “When I woke up the next morning,” Mitchell said about her Hawaiian visit, “I threw back the curtains and saw these beautiful green mountains in the distance. Then, I looked down and there was a parking lot as far as the eye could see.” There was also, indeed, a pink hotel. The song was born.

Mitchell was observing Hawaii mutating away from the charms that brought people to it in the first place; Big Yellow Taxi is an elegy for nirvana, while recognising that Mitchell, as a visitor, was herself complicit in Hawaii’s shift towards becoming a playground for tourists. She also had the foresight to see that this wasn’t only a local problem in the Aloha State. Her references to DDT, and disappearing flora and fauna, are an early warning shot, one of a growing number of songs about Earth that were beginning to tackle the environmental destruction that is now such a familiar part of the world: a consequence of living in the Anthropocene, where human behaviour changed the literal ground beneath our feet.

While Hawaii was a paved paradise, Woodstock, Mitchell’s much-cherished ode to the festival, was about how people could create temporary paradise from nothing but their songs, lives and stardust. Yet she didn’t even go. Booked in to perform on the Sunday night, but also scheduled to appear for the first time on national TV the following evening, there was a feeling among her management that that she wouldn’t manage to do both – and that the TV show should be the priority.

Mitchell wrote Woodstock the evening she was meant to perform. “I never would have written the song if I’d gone,” she said in 2021. “The song was just a burst of creativity. I was the kid that couldn’t go to the festival. So I had that perspective, which was good for the song. I used my imagination for what it would be like to go to the festival: walking down the road with another kid who was also going to the festival.” Stephen Stills, on hearing the song, immediately asked if Crosby, Stills, Nash & Young could have it, and Mitchell said yes. “I was never that possessive about my songs if somebody else wanted to record them,” she has shrugged.

The love songs on Ladies Of The Canyon, such as Willy and Blue Boy (both reputedly inspired by Graham Nash) are more intangible than those Mitchell had sung before. The emotion in them is concentrated, sometimes veiled; a foreshadowing of the “hard to handle”, “selfish” and “sad” lover Mitchell was to expose herself as on 1971’s Blue. Yet the album’s love wasn’t only for lovers. Trina, Annie, Estrella – the ladies of the canyon – are the focus of Mitchell’s highest regard in the title track. All were real women, who lived lives where their music, artistry, craft, performance, motherhood and nurturing shone out into the mountains.

Exploring joy and hope alongside the sadness

The final track on Ladies Of The Canyon, The Circle Game, was written with Neil Young in mind. Young had composed Sugar Mountain about the perils of turning 20; Mitchell felt that “when the boy is 20, there’ll be new dreams, maybe better dreams”. Crosby, Stills & Nash joined in on vocals to gee up their sometime bandmate: they are credited as The Lookout Mountain United Downstairs Choir.

From the laugh at the end of Big Yellow Taxi to the soprano phrase in The Priest, Mitchell uses her voice as an impressionistic instrument to a greater extent than ever before on Ladies Of The Canyon, anticipating her jazzier vocal experimentation as the 70s wore on. It’s also the first album in which she really explores the piano as an expressive instrument. Her next album, Blue, would use this to peel back layers of skin to get to her fleshy heart, but Ladies Of The Canyon remains a work that explores joy and hope alongside sadness.