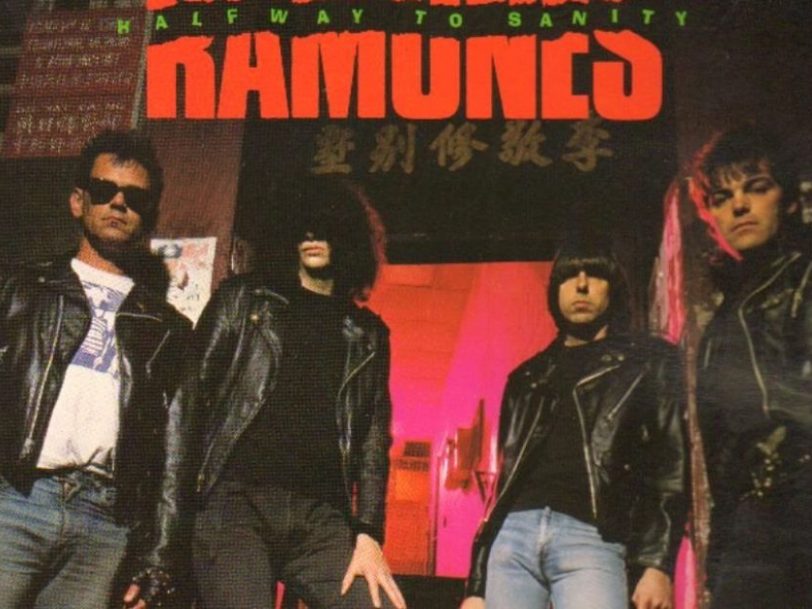 ‘Halfway To Sanity’: How Ramones Kept Their Heads In The Late 80s

Released a decade after their breakthrough, Ramones’ ‘Halfway To Sanity’ album was the work of a group that ‘remained hungry’.

Longevity was never one of punk’s scorched-earth ideals, yet some of the genre’s leading lights achieved it regardless. Sex Pistols imploded after releasing their debut album, Never Mind The Bollocks, Here’s The Sex Pistols, but contemporaries such as The Clash and The Jam tasted mainstream success during the early 80s. Elsewhere, Ramones – the band who arguably kick-started punk – morphed into its greatest survivors. A full decade after 1977’s Summer Of Hate and the release of Ramones’ legendary self-titled debut album, the group were still active and preparing to release their tenth album, Halfway To Sanity.

Listen to ‘Halfway To Sanity’ here.

Ramones had always been reluctant figureheads for punk. The group’s loud, fast approach to their craft connected with their UK peers, but they were anything but anarchists. Dyed-in-the-wool lovers of classic girl groups and all the British Invasion bands from the 60s, these New Yorkers knew their pop history inside out, and they desperately craved the stardom which never quite came their way.

“Joey thought it sounded better than the Ramones’ last record”

The group’s legacy was arguably secure by the time they took a tilt at the big time with 1980’s Phil Spector-produced End Of The Century, but chart success remained elusive. A critical renaissance followed 1984’s Too Tough To Die, but that didn’t translate into sales, and a similar fate befell 1986’s Animal Boy. By the time Ramones began working on their next album, Halfway To Sanity, they decided that working with a simpatico producer was more important than going all out for hits.

“Johnny [Ramone] heard some four-track thing I did in my parents’ basement, for this punk band [The Dirge], and he thought it sounded better than the Ramones’ last record,” producer Daniel Rey recalled in Everett True’s book, Hey Ho Let’s Go: The Story Of The Ramones.

“Plus, I got along with all four members, which was extremely unusual. Plus, they could get me very cheap because it was my first album. Hell, I would have done it for free!”

Also the guitarist with New York City band Shrapnel, Rey had already inveigled his way into Ramones’ camp, as he’d co-written several songs for the band, not least Too Tough To Die’s storming Daytime Dilemma (Dangers Of Love), with Joey Ramone. As such, Rey was a safe pair of hands and a good choice to man the console at a time when – yet again – relationships within the band were at a low ebb.

“The other guys were very impatient,” Rey recalled of the group’s collective mindset. “They really weren’t getting along at that point. Johnny and Joey had some problems.”

Some of the tensions also surrounded band finances. Halfway To Sanity was recorded on a very strict budget, but while Johnny Ramone and manager Gary Kurfirst endorsed tightening their belts, some insiders believed that Ramones never received the care and attention such a groundbreaking band deserved.

This overarching desire to keep costs down impacted on the Halfway To Sanity sessions. Recording kicked off early in 1987, at New York City’s Intergalactic Studios, which Daniel Rey remembers as “a dingy place in midtown”, and the clock-watching impinged on the band’s approach to tracking their new songs. The drums, bass and guitars were laid down during the afternoon, with Joey recording his vocal tracks later in the evening – a way of working with which the vocalist was less than enamoured. “It was quicker to learn the songs without any vocal, so they did – even though Joey wanted to work out how to phrase his singing,” Daniel Rey remembered.

“Joey always thought the new single might be the one”

The methodology didn’t come naturally to the band, and some of Halfway To Sanity’s songs, such as Worm Man and Bop ’Til You Drop, seemed like attempts to recapture the vibe of earlier sessions. Forced to lay his vocals onto the finished tracks, Joey, came across problems, such as having to keep up with the band’s D-beat-style attack on I’m Not Jesus.

Yet, while it doesn’t include anything that would make it onto fans’ lists of the best Ramones songs, Halfway To Sanity still offers plenty to enjoy. Opening track I Wanna Live was a tough, defiant rocker, while the Dee Dee/Daniel Rey co-write Garden Of Serenity featured a powerful performance from the whole band and was further elevated by a clever, Gregorian Chant-esque backing vocal arrangement.

Elsewhere, the songs which harked back to old-school punk-pop Ramones were arguably even better. Featuring a vocal cameo from Blondie’s Debbie Harry, Go Lil’ Camaro Go was upbeat, fun and probably should have been a single, while Joey’s A Real Cool Time referred to New York’s famous Cat Club and rode a melody line akin to that of The Who’s The Kids Are Alright. Joey was also responsible for Halfway To Sanity’s absolute gem, Bye Bye Baby: a gloriously nostalgic slice of 50s-style girl-group pop lost in longing and framed by shimmering guitars which the singer later gifted to Ronnie Spector when the pair recorded together in the late 90s.

“Ramones remained hungry throughout their career”

Ramones’ penultimate album for Sire Records, Halfway To Sanity first hit the racks on 15 September 1987. Commercially, it performed better outside of North America, though in critical terms it bucked the trend established in recent years by attracting more positive reviews in the US than in Europe, with the prestigious New York Post praising it as “yet another vital, well-produced album by the Ramones”.

As the band expected, Halfway To Sanity didn’t produce that long-hoped-for hit single, though, with the benefit of hindsight, Daniel Rey believes the fact a chart smash remained elusive actually benefitted Ramones’ approach to quality control.

“Joey always thought the new single might be the one. The other guys weren’t as optimistic… They were a little bitter about it,” the producer revealed to Everett True.

But, he added, “It was almost a blessing that they never got one – things would’ve been so different if they’d had a hit in ’78… the public would’ve known them as a one-hit wonder instead of a great, consistent group… It meant the Ramones remained hungry throughout their entire career.”

Check out our best Ramones songs of all time.