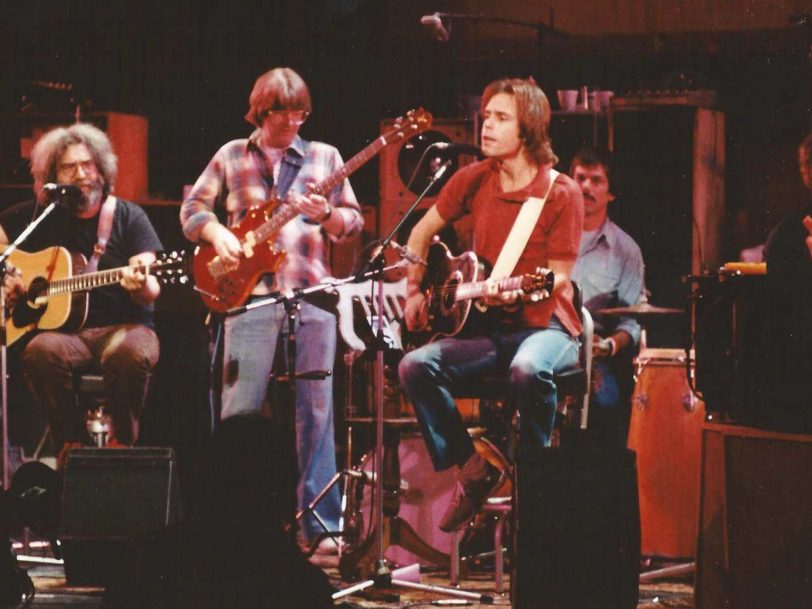 American Beauty was a huge departure from the extended psychedelic jams that had made the Dead’s reputation half a decade earlier in the Haight-Ashbury area of San Francisco, when they were the house band at Ken Kesey and Neal Cassady’s Acid Tests. Renowned for playing for hours on end, with extended guitar solos from frontman Jerry Garcia, driven by Bob Weir’s endlessly creative rhythm guitar and underpinned by Phil Lesh’s bass, getting the band down on vinyl was like trying to bottle lightning.

Moving from the city to the countryside, the Dead left behind the hallucinogenic excesses and meandering jams, and began concentrating on writing shorter, more concise and accessible acoustic-led songs. With a strong emphasis on vocal harmonies, American Beauty is an album of real warmth and emotion, drenched in Californian sunshine and creating a proto-Americana that later surfaced in the music of Wilco, The Jayhawks, Chris Robinson, Dave Matthews, Son Volt, Manassas and others too numerous to mention.

Garcia’s main instrumental contributions to American Beauty were pedal steel, while his old bluegrass companion, David Grisman, delivered inspired mandolin that replaced the Dead’s lengthy soloing. Delicate support from the whole band allowed the listener to focus on the quality of the songwriting, with high points including the outstanding Friend Of The Devil and Garcia’s lilting singalong anthem Ripple.

Elsewhere, the evocative vocal harmonies on Candy Man and Attics Of My Life wouldn’t be out of place on any Crosby, Stills And Nash or Flying Burrito Brothers album, with the latter, in particular, finding the group’s vocals soaring above a simple, spacious arrangement – replete with an emotive pedal steel solo from Garcia – that gives the song an almost hymnal quality.

Tapping deeper into CSN’s close harmonies – the Dead were friends with the Lauren Canyon supergroup – and with glorious musical interplay, Till The Morning Comes found a meeting point between Americana and The Beatles, while the minor country of Brokedown Palace is as yearning as any Gram Parsons song.

Truckin’ is the most overtly upbeat track on the album, and as close to a hit single as the band had until Touch Of Grey in 1989. A rock-radio staple to this day, it’s also the closest the sun-drenched, laidback American Beauty comes to providing a traditional rock tune.

A collaboration between Phil Lesh and Robert Hunter, album opener Box Of Rain found the bassist and lyricist creating something remarkable and truly moving. An ode to Lesh’s dying father, peppered with evocative imagery, stunning harmonies and a heart-rending Telecaster solo from Dave Nelson, the song remains a melancholic masterpiece.

Drawing you in and surrounding you with warmth, American Beauty envelops the listener in a perfect mix of great songs, beautiful harmonies and musical interplay honed from hundreds of gigs played together. It is, quite rightly, viewed by many as Grateful Dead’s finest hour on record.

Listen to the best of Grateful Dead on Spotify