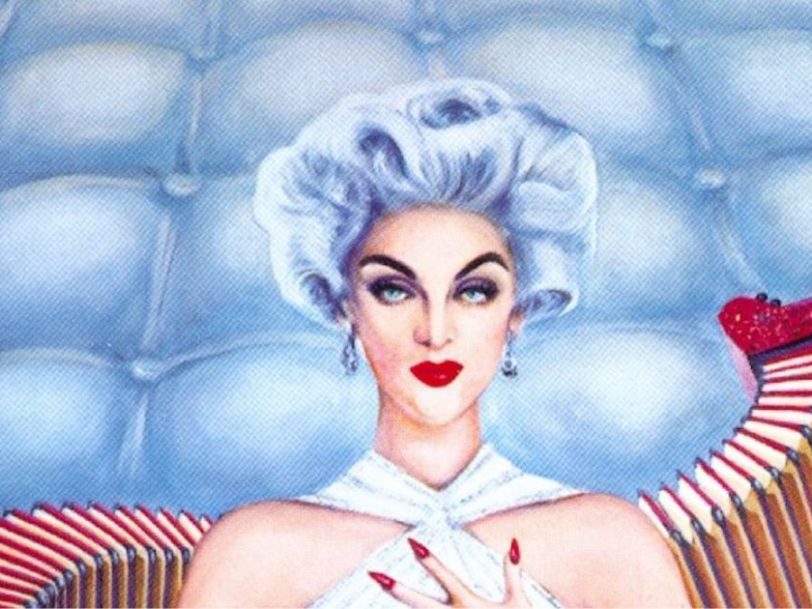 By the time they recorded 1973’s Dixie Chicken album, Lowell George and Little Feat were becoming regulars in the last-chance saloon. After disappointing sales of their fine, self-titled debut album (1971), they’d narrowly avoided being dropped by their record label. And following the release of Sailin’ Shoes (1972), the group suffered another rocky spell amid rumours they were set to disband and, again, sales that didn’t match the quality of the record.

The backstory: “I wanted to take some of the pressure off and vocalise more”

Bandleader Lowell George told Crawdaddy! magazine in 1973 that, at one point, a new group was considered but it never got past the rehearsal room. “There was a point where a supergroup was proposed consisting of Phil Everly, John Sebastian, myself and Bill [Payne, Little Feat keyboardist] and maybe Richard [Hayward, drummer]. It would have been a real gem, but the word got out prematurely and the folks at the record company got very excited. You could hear the cash registers ringing. We were blending vocally, sort of like a low-key Three Dog Night, but it didn’t happen because of various political/personality hassles.”

Still, the band was unsettled, and Roy Estrada – the bassist and Little Feat co-founder, who’d known George since school – left the group to be replaced by Kenny Gradney. George used this reshuffle as an opportunity to expand Little Feat’s line-up, adding a second guitarist, Paul Barrere, and Sam Clayton on congas. “I wanted to take some of the pressure off me as a guitarist and vocalise more because I thought that was one of the areas necessary, musically speaking, for the group to realise their potential in,” George explained to Crawdaddy!

The recording: “You can only stay in one place so long before you get bored”

The new players had an immediate effect, as Richie Hayward later recalled: “It got a lot better really fast from that point on. There were much more people to play off of.” The line-up shuffle also allowed the band to explore new musical avenues. George had long been an admirer of the music of New Orleans, with Allen Toussaint and Dr John among his key influences, and the expanded personnel allowed Little Feat to assimilate second-line grooves into their sound. The recording of Dixie Chicken also saw George bring in some soulful backing vocals courtesy of (among others) Bonnie Raitt, Gloria Jones and Bonnie Bramlett.

In a March 1973 interview with Creem magazine, George was delighted with the effect the new recruits were having. “We’re more together for one thing, because everybody’s a bit more involved and there’s more concern with the total product this time,” he said. “Musically, the Black cats have told the drummer he’s got to play more funky. So Richie’s gotta play a little more like Bernard Purdie to satisfy everybody in the band, and Billy’s gotta play a little bit cleaner, and so forth. Which is real good, because you can only stay in one place so long before you get bored with it, and before we got in the new guys we were getting bored.

“Billy definitely has his own definitive piano style,” George continued, “but he hasn’t had many solo chances on the records. This time there’s lotsa piano, and he really needed that chance to stretch out. Paul’s been playing a lot more guitar, and I’m not playing a lot because I got to do that on the last one. I even heard Steven Stills playing on his new record some of my licks, which is flattering, but I sure wish I was making a living. I mean, we all like being an underground success, but we’d also like to go and play to an audience.”

The release: “I’ve had to insist that I’m gonna be the leader, which has been working great”

Released on 25 January 1973, Dixie Chicken might not have made Little Feat stars overnight, but it was an important album in shaping their future success, and the expanded line-up gained a reputation as a must-see live band – an important part of their legend, as captured for posterity on the group’s first ever live album, 1978’s Waiting For Columbus.

From the gumbo-thick grooves of the title track and Fat Man In The Bathtub to the fried country of Roll Um Easy, Dixie Chicken represented a massive step forward for Little Feat. It also justified George’s decision to step up and produce the band himself, as he told Creem: “As producer, I’ve had to insist that I’m gonna be the leader of this turkey and you guys gotta fall in line. You get to do what you wanna do, but there are certain restrictions around it. You gotta give me the benefit of the doubt and I won’t do you wrong. Which has been working great.” As the 70s unfolded, George’s golden touch wouldn’t fail him.