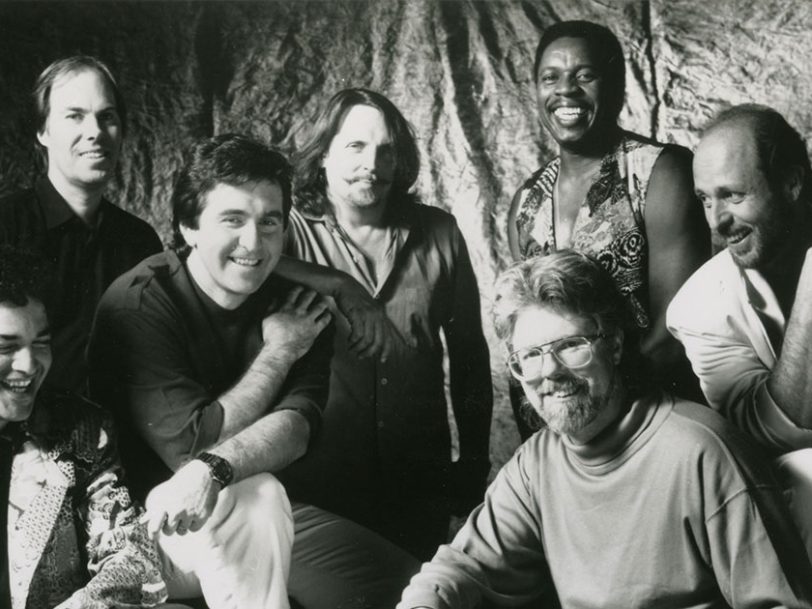 Come the summer of 1977, Little Feat’s future as a band looked uncertain. Over the previous few years, the contributions of founding member and creative powerhouse Lowell George had dropped off, due to a combination of poor health and fast living. On their 1977 album, Time Loves A Hero, other members – notably guitarist Paul Barrere and keyboardist and co-founder Bill Payne – had picked up some of the slack, but George’s diminished presence was notable. Looking to regroup between studio projects, the group decided to release their first ever live album, Waiting For Columbus, in early 1978 – a double set that’s now been expanded into an 8CD super-deluxe box set, with reams of extra recordings capturing Little Feat Mk I at their live best.

“We can’t abide by outside rules”

The situation was confirmed by Payne in Max Bell’s 1977 profile of the increasingly divided group, published in NME as Fear And Loathing In Little Feat. “I have to believe that there aren’t too many tensions in the band, no more than all bands go through,” Payne said. “Lowell has more of an image than we do — image is something we lack — but we can’t abide by outside rules.

“We make more decisions now,” the keyboardist continued. “Our lack of American success never hampered our music, but I want the band to reach a larger audience. Lowell was so bombarded with problems that he didn’t always come up with the right decisions. If we have different visions of the group, then he respects my direction and I respect his. With Paul [Barrere] being into R&B the combination makes us better than predictable bands.”

With band relations faltering and George contributing little in the way of new material, the group decided to follow Time Loves A Hero with a compilation of live performances recorded during their summer 1977 tour of the UK and the US – a run of shows that saw them backed by the Tower Of Power horn section. The resulting double-album, Waiting For Columbus, featured material from seven performances – four at London’s Rainbow Theatre, held across 1 to 4 August 1977, and three at Lisner Auditorium, in Washington, DC, the following week (8 to 10 August).

While their hand may have been forced by circumstance, the decision was also timely – bootlegs of the band’s live shows had been circulating widely, which only heightened Little Feat’s reputation as a must-see live act. When George was asked about the under-the-counter recordings by NME, he replied, “Sure they’re good, I helped produce them.” When keyboardist and co-founder Bill Payne was made aware of George’s (very possibly irreverent) comment, he was keen to refute the suggestion: “I sure hope he didn’t produce them! The fans will buy anything I guess so this should cut down on those records. We’ve let Lowell produce the live record.”

Payne’s instincts proved correct. Released on 10 February 1978, Waiting For Columbus became Little Feat’s most successful album, selling over a million copies in the US alone and becoming widely regarded as one of the greatest live albums of all time.

A launchpad for thrilling, exploratory jams

Live versions of songs from recent studio efforts The Last Great Record Album and Time Loves A Hero (Old Folks’ Boogie, Oh Atlanta, Time Loves A Hero) are gutsy and vital on Waiting For Columbus. Meanwhile, the best Little Feat songs from earlier albums (Fat Man In A Bathtub, Sailin’ Shoes, A Apolitical Blues) are given extra heft and grit, and often prove a launchpad for thrilling, exploratory jams. Delivering great vocal performances, Lowell George is at his idiosyncratic and charismatic best throughout – as ever with Feat shows, his road anthem Willin’ is an audience-pleasing highlight.

The end may have been in sight for Little Feat’s first phase, but Waiting For Columbus served as the perfect send-off. Over 40 years later, its reissue as an 8CD super-deluxe box set adds three full shows to the original tracklist, presenting the Lowell George-era group in all their free-flowing glory.