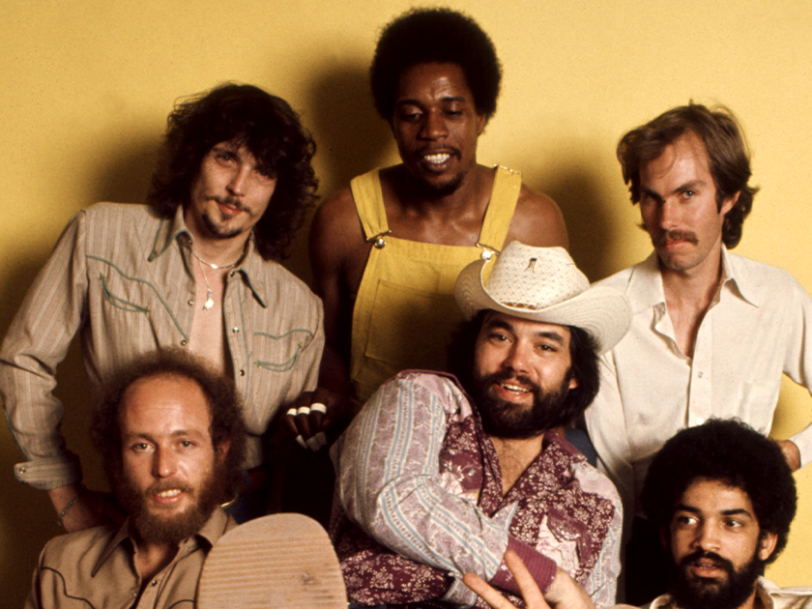 Little Feat’s Debut Album: Where It All Started For Lowell George’s Band

Released at the start of the 70s, Little Feat’s self-titled debut album suggested more greatness to come from the West Coast rockers.

On its 1971 release, Little Feat’s self-titled debut album sounded like the work of a band already hardened from years on the road. Leader Lowell George and his group cooked up a mix of blistering rock’n’roll, cosmic country, Chicago blues and jazz that fitted neatly next to landmark late-60s roots-rock albums such as Safe As Milk, by Captain Beefheart And His Magic Band, The Band’s Music From Big Pink and The Rolling Stones’ Let It Bleed. Yet rather than hone themselves night after night on stage, Little Feat refined their sound in the studio, steered by George’s unique musical tastes and sensibilities.

The backstory: “We talked about the kind of band we wanted it to be”

George had already lived quite the musical life by the time Little Feat’s debut album was released. Born in Hollywood, California, in 1945, he took up the harmonica as a five-year-old and appeared on the televised Al Davis Talent Show in the early 50s, playing a harmonica duet with his brother, Hampton. Another musical upstart of note appeared on the show that week – Frank Zappa, the bandleader and composer who would later set the wheels in motion for Little Feat.

George’s musical education continued throughout his adolescence (including a stint studying the sitar under Ravi Shankar) and, by the mid-60s, he was the lead vocalist and rhythm guitarist with The Factory, a well-regarded garage-rock act. The Factory and Zappa’s Mothers Of Invention appeared on the same bill at least half a dozen times around Los Angeles, and Zappa produced a couple of demos for the band before they split.

A brief period standing in with The Standells followed, before Zappa came calling and George joined The Mothers Of Invention in November 1968. While George’s time in Zappa’s band was short-lived (he left the following May), it had a huge impact on his future. Zappa ran a tight ship, and there was no disputing who was the bandleader – a management model that George would later apply to Little Feat. Zappa’s innovative studio techniques and predilection for unsociable hours in the pursuit of perfection were also a big influence on George. And Zappa was instrumental in both the formation of Little Feat and the band securing a deal with Warner Bros.

The recording: “We decided there shouldn’t be any limits to what we would do”

Legend has it that George left the Mothers after playing Zappa a new composition, Willin’. Depending on which story you believe, Zappa either fired George because he believed the song demonstrated enough potential to suggested that George should form his own band, or the clean-living Zappa took umbrage with the song’s reference to “Weed, white and wine”. Either way, George left Zappa’s employ and took bassist Roy Estrada with him to form Little Feat alongside old school pal and pianist Bill Payne and former drummer in The Factory, Richie Hayward.

In Bud Scoppa’s sleevenotes for the 2000 box set Hotcakes & Outtakes, Payne recalls his conversations with George about Little Feat’s musical direction: “We talked about the kind of band we wanted it to be. Should we have a horn section? What should the bass player play? Are we going to relegate ourselves to one style of music? We decided there shouldn’t be any limits to what we would do. If we wanted to play a waltz, great. If we wanted to play a straight-ahead song, fine.”

This anything-goes attitude informs all of Little Feat’s debut album. Swaggering Southern rockers (Snakes On Everything, Truck Stop Girl, Hamburger Midnight) rub shoulders with groove-based gospel-rock (Strawberry Flats), haunting ballads (Brides Of Jesus, I’ve Been The One), Howlin’ Wolf covers (44 Blues and How Many More Years) and, in Willin’, a trucker’s lament for the ages – and one of the best Little Feat songs of all time.

The release: the perfect introduction to Little Feat’s talent

Released in January 1971, Little Feat’s debut album is the perfect introduction to the staggering talent the band displayed, yet it sold poorly at the time. There was even a danger that the group would be dropped from their record label. Happily, musical maverick Van Dyke Parks intervened on the group’s behalf, insisting that they be kept on the roster. The second Little Feat album, Sailin’ Shoes, would follow swiftly and provide more evidence of George and co’s greatness. Like the protagonist in their most famous song, Little Feat were more then willin’ to be movin’ in the right direction.