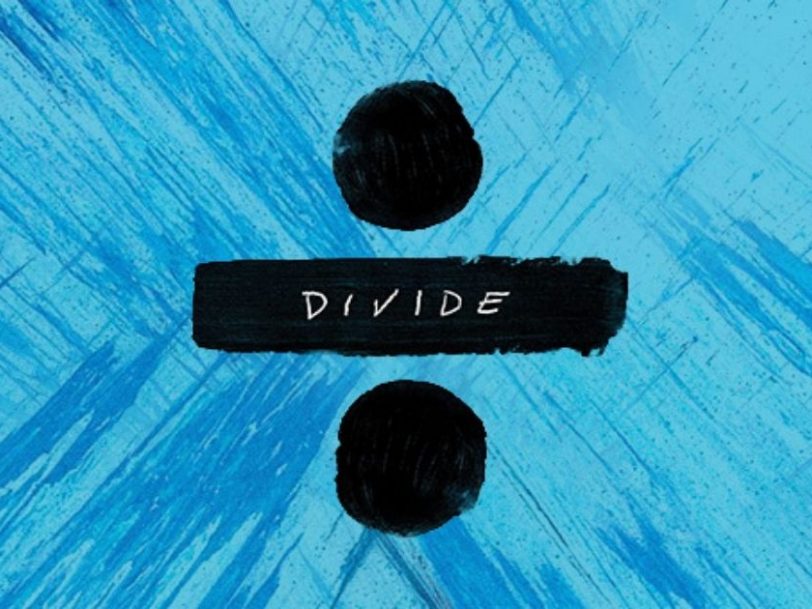 Diving into “stadium zone” with a flurry of hit songs, Ed Sheeran’s ‘÷’ was a watershed moment that shook the music industry to its core.

After selling out three nights at London’s Wembley Stadium in 2015, playing to 80,000 people each night in support of his second album, ×, Ed Sheeran knew he had to go “big” for his follow-up. “I wanted to move into a stadium zone,” the singer admitted. “I wanted to make songs that sounded big, but weren’t necessarily just euphoric stadium anthems.” Upsizing his winning style of effusive pop-rap and pensive acoustic-folk, Sheeran was ready to set the stage for a game-changing next move…

“My benchmark for the second album was Coldplay. This album, it’s Springsteen.”

Perhaps mindful of how surprising it was that a lone singer-songwriter with a Boss loop pedal could fill London’s biggest venue, Sheeran made an effort to beef up his sound for ÷, surprising his fans with songs performed with all the gusto of an indie-folk band. Released in January 2017, ÷’s folky lead single, Castle On The Hill, was a rolling wave of nostalgia, musing on Sheeran’s childhood memories of watching the sunset over Framlingham Castle, in Suffolk.

Immediately peaking at No.2 in the UK, Castle On The Hill offered a clear sign of Sheeran’s new songwriting direction, doubling down on a more rousing blend of heartland-rock-influenced bombast designed to echo around stadium-sized venues. “My benchmark for the second album was Coldplay,” Sheeran said. “This album, it’s Springsteen.” As refreshing as the record’s folk-pop apéretif was, however, the success of its sister single, Shape Of You, quickly eclipsed everything Sheeran had done to date.

Occupying the No.1 spot that same week, Shape Of You couldn’t have been more different. With its marimba-led dembow groove, the song’s lusty lyrics found Sheeran fawning over a girl in a nightclub with R&B-inspired carnality, though Sheeran initially thought the song would be a flop. “I’ve been wrong before about my own stuff,” he later admitted. “I thought Shape Of You would bomb.” Now the most-streamed song of all time, with three billion streams and counting, Shape Of You’s impact was nothing short of explosive.

With both singles igniting public interest in ÷, the album was eventually released on 3 March 2017 and sold a whopping 672,000 copies in its first week. More astonishingly, a loophole in streaming rules meant that all of the record’s tracks entered the UK Top 20, prompting a frenzied debate among music lobbyists. “I don’t know if there’s some weird thing that [will] have to change now with streaming,” Sheeran said at the time.

Regardless of how streaming figures were collated, the songs on ÷ proved enormously popular, all largely thanks to their sheer variety: album opener Eraser was a fiery acoustic-rap revelation and the love ballad Dive oozes with genuine passion (Eric Clapton is rumoured to have played a guitar solo on the latter). Even more surprising was the jig-inducing Galway Girl, an Irish-folk/rap crosser featuring tin whistle and uilleann pipes which itself climbed to No.2 in the UK not long after its release as a single.

Sheeran later revealed that he faced some criticism for including Galway Girl on ÷, but felt its mix of rap-inspired wordplay and Celtic folk was “proper Marmite, which is good”. Now regarded as one of the best Ed Sheeran songs, Sheeran himself has become more steadfast in his defence of it: “The whole point of folk songs is taking inspiration from the past and making something new,” he said. “So people will just have to deal with it.”

The biggest trick up Sheeran’s sleeve, however, was Perfect. Peaking at No.1 in the US and eventually becoming the UK Christmas No.1 in December 2017, it was Sheeran’s attempt to write the ultimate wedding song, after being inspired by dancing on the lawn with his fiancée at James Blunt’s villa in Ibiza. “I wanted to beat Thinking Out Loud because I know that song was gonna define me,” Sheeran admitted, referring to his breakout hit from previous album ×. As his second US No.1 single, there’s no doubting he succeeded.

Not only did Perfect spawn two duets – one with Italian tenor Andrea Bocelli and one with Beyoncé – its success capped off a momentous year for Ed Sheeran. In June 2017, the singer had achieved what he described as “a career highlight” as he headlined Glastonbury Festival. Not content with simply dominating the singles charts with ÷, Sheeran’s performance saw him break a personal record for “the biggest nighttime slot that I’ve done”. This was well beyond the “stadium zone” he hoped for.

“I feel like this is where my career really begins”

For all its commercial success, Ed Sheeran’s third album stands tall as a testament to his development as a songwriter. The work of a master balladeer at the peak of his powers, How Would You Feel (Paean) is one of Sheeran’s finest love songs and Supermarket Flowers is a tear-jerking tribute to his ailing grandmother (written from the perspective of his mother). With his talent blossoming on ÷, it’s no wonder audiences were won over so heartily.

Marking the moment when Sheeran became a truly inescapable pop-cultural presence, ÷’s success was unparalleled, garnering over a billion streams within six months and topping the album charts in over 23 countries. To date, it is believed to have sold 15.3 million copies in equivalent album sales, according to Chartmasters. Not that Sheeran had any reason to doubt himself. “In a 100-metre sprint to get a No.1 album,” he said, “I just know I’m going to win.”

Ultimately, however, the songs on ÷ showcase Sheeran’s prodigious songwriting skills. “I couldn’t have made a better record,” he told Zane Lowe. “I feel like this is like where my career really begins. All the rest has been a set-up for this.” ÷’s legacy can certainly still be felt today. After all, this is an album that contains the most-streamed song of all time (Shape Of You) and a love ballad that deserves to be considered a modern standard (Perfect). Whatever “zone” Ed Sheeran was aiming for, he belongs in a class of his own.