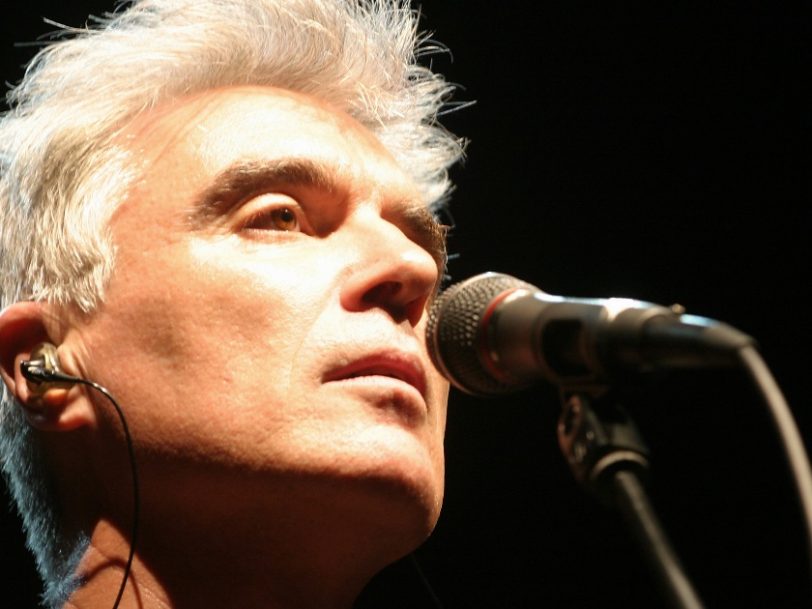 By the mid-90s, fans of David Byrne were used to following the former Talking Heads frontman’s musical flights of fancy. His thirst for innovation and natural curiosity had seen him change the face of music with his sample-heavy collaboration with Brian Eno, My Life In The Bush Of Ghosts; write the scores for dance productions, plays and films; launch Luaka Bop, a record label devoted to the promotion of music hitherto ignored by Western pop culture; and release two solo albums that explored Byrne’s love of Latin dance music. So it was both a surprise and not when his self-titled solo album saw not only a return to more conventional songwriting (by Byrne’s idiosyncratic standards) but also evidence of a more reflective approach towards writing lyrics.

“I’m writing from the heart, about my own experiences and feelings”

In an interview with Hot Press, Byrne even called the album a “personal statement”, and its name suggested as much – here was an artist comfortable enough in their own skin to release a self-titled album.

Another change came with the recording of the album. Whereas his previous two solo records, Rei Momo and Uh-Oh, had featured all-star collaborators, here the band was relatively stripped back, Byrne playing many of the instruments himself, with finishing touches overdubbed once the initial tracks were laid down. Talking to Hot Press, Byrne was enthusiastic about his sidekicks, among them drummer Todd Turkisher and bassist Paul Socolow. “They’re a very versatile bunch and I think there’s a lot that we can do together. We played several club dates in New York before we recorded the album so that we would gel as a band, and the touring we’ve been doing recently has been fun.”

“It was a song that I didn’t sit down to write, it just kinda came out”

Opening David Byrne’s self-titled album, A Long Time Ago emphasises his strengths: it’s the point at which Byrne re-establishes his songwriting voice, informing it with the musical explorations he’d made on recent outings. Latin percussion flourishes dance around reverb-heavy guitar licks to provide a film noir-like setting, creating a seductive backdrop over which Byrne croons an enigmatic lyric that hints at a more open approach to writing: “I kept my feelings to myself/Until the perfect moment comes.”

Despite starting with some jangling guitar that suggests Byrne had an ear to early 90s indie, Angels quickly becomes the album’s most obvious nod to his former band. The bassline recalls the classic single Once In A Lifetime, and Byrne is in full TV evangelist mode throughout, his frantic rants punctuated by unlikely yodelling. Elsewhere, the taut funk of Back In The Box and the soulful Nothing At All provided more fodder for fans looking for Talking Heads throwbacks, Latin flavours again came to the fore on the irresistible Afro-Cuban groove of Sad Song and the storming You & Eye, and the spooked near-spoken word Sad Ritual pointed at something new for Byrne.

“Death has become a preoccupation”

The album ends with Buck Naked, a catchy reminder of Byrne’s pop prowess, featuring a lyric that has more going on under the surface than initial impressions may notice, as Byrne told Hot Press: “Death has become a preoccupation somewhat, not every waking moment but thoughts about this kind of stuff do seem to be around a lot. They certainly seem to be around more now than they used to be but that could be more to do with my age. The big catalyst was, I guess, the death of my wife’s sister, Tina, of AIDS-related illnesses. When that happened, we were all kind of together and I wrote the song Buck Naked within a few days. I started singing it to our daughter, and I realised that it was a song that I didn’t sit down to write, it just kinda came out.”

Released on 24 May 1994, just a week and a half after his 42nd birthday, David Byrne’s self-titled solo album was the work of an artist invigorated by years of musical freewheeling and open to engaging with his past. For Talking Heads fans looking to explore the singer’s solo catalogue, it makes for a good place to start.

Looking for more? Check out our best Talking Heads songs.