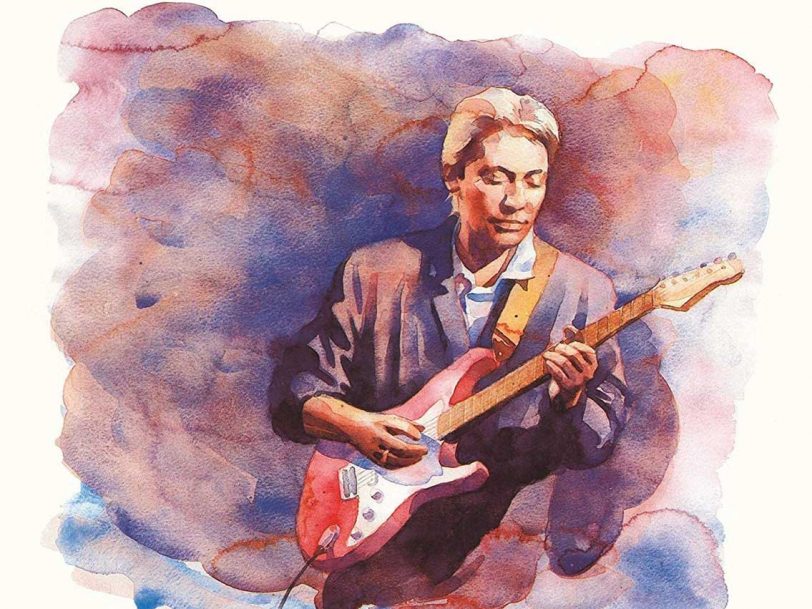 Dancing With Strangers: How Chris Rea Whirled His Way To The Top

Proving that Chris Rea was the major-selling artist he had the potential to be, ‘Dancing With Strangers’ delivered on all his early promise.

For a man so steeped in the blues, it was inevitable that Chris Rea would find himself at a crossroads or two. It was 1987 and the guitarist was putting together Dancing With Strangers, his ninth album in as many years. His home town of Middlesbrough, in England’s rugged North East, was noted for its hard-grafting blue-collar folk, and that gave Rea a rare work ethic in rock’n’roll. It also offered him a perspective on life: far from being a spoilt rock brat, he’d earned his success, building a following that had seen successive albums sell in increasing volumes. Yet he was still to really break big.

Listen to ‘Dancing With Strangers’ here.

Rea had had the judgement to sign with a label happy to support him as he gradually rose to prominence. Though the company, Magnet, had enjoyed numerous hits in the 70s and 80s, Rea, primarily an albums artist, represented something of a departure from the label’s singles-chart norm. Clearly, he made the catalogue far more valuable, but he’d been teetering on the verge of superstardom since his debut album’s single, Fool (If You Think It’s Over), landed him a US smash in 1978. It had been his first career crossroads: he could have chosen to burn himself out on endless US tours, which would likely kill his creativity, inspired as it was by his life back home. Instead, Rea elected to stay put and craft a series of quality records that rose in profile until 1985’s Shamrock Diaries broke the UK Top 20. The following year, On The Beach made No.11. He might have shrugged at industry expectations, but the question remained: was Chris Rea finally going to become the major-selling artist he had the potential to be? Dancing With Strangers would answer any remaining doubts once and for all. But ill luck – or, perhaps, Bad timing – would conspire to prevent this dazzling showcase of Rea’s mature talents from receiving a record’s most visible proof of success.

It’s a brave man who releases an album in the autumn and opens it with a Christmas song. But The Joys Of Christmas doesn’t remotely resemble Rea’s earlier seasonal hit, Driving Home For Christmas. Dancing With Strangers’ unseasonal seasonal song is about suffering and being a product of a grim environment. Amid searing guitar breaks and a brooding dark groove, Rea tells of the joys of Christmas, “Northern style” – though you’d be hard pressed to find traditional jingly joy in a lyric that tells of “tough guys still not 25 dying on their feet”. Rea later recalled it as portraying “the Christmas I knew” while growing up. Putting this at the start of the album speaks volumes: this record is not going to duck the realities of life. The blues was born in hard times, and the hard times don’t stop when Santa’s around.

Rea follows it with another song which confounds any expectations the title might suggest. Rock has no shortage of tunes complaining about music that sucks, but Chris uses the title I Can’t Dance To That as a metaphor: He’s repelled by the decadence he sees around him, and rejects it. When he speaks of “a cold machine”, it’s not just a drum machine he’s moaning about (he soon proved himself a master of making great rock with electronic gear), it’s the mechanisation of life at the expense of human beings. Setting the verses to a John Lee Hooker-type boogie drills home the sense that the singer would welcome a return to earthier values. It’s immediately followed by another resonant track, Windy Town, whose piano and guitar rolls over a ceaseless beat that offers a sense of the road’s endless grey ribbon, giving the song’s protagonist time to reminisce over crosswinds on a cold stone street, good times and bad. Rod Stewart, tempted by the song’s brilliant evocation of the touring life in a cold climate, covered it on A Spanner In The Works, though Rea’s version remains definitive, somehow injecting romance into the everyday grind.

The most affecting guitar lines Rea has delivered

The bigger, brassier Gonna Buy A Hat, attacking politicians’ detachment from the people their work sometimes destroys, contrasts strongly with the downbeat Curse Of The Traveller, which kicks off with Davy Spillane’s haunting uilleann pipes before unravelling an atmospheric tale of regret that features some of the most affecting guitar lines Rea has ever delivered. Dancing With Strangers’ only big hit single, Let’s Dance, flips the mood again. First recorded in 1986 with a jazzy Latin beat reminiscent of George Benson’s version of Breezin’, this more direct cut hits the spot. There were club mixes, too; it’s as if Chris, watching a growing onslaught of electronic dance music, is reminding us that good times could also be the preserve of rock.

Recycling also helped create Que Sera, in which Rea repurposes lines from his self-titled fourth album’s ballad When You Know Your Love Has Died. Placed in this fresh uptempo context – a dream of freedom that cleverly underpins driving Tex-Mex rock with a subtle Bo Diddley beat – his old lines are even more affecting. Back in 1981, Rea’s singing never sounded this sure-footed and relaxed. There’s also Josie’s Tune, which again features pipes, in the first of Dancing With Strangers’ instrumentals; and, in complete contrast, one of the best Chris Rea songs of the era: Loving You Again, built for the road and purring smoothly like a Jaguar XF Cruiser on Middlesbrough’s A66.

The back-to-basics That Girl Of Mine is a boogie monster, streaked with Rea’s slide guitar like vapour trails in the sky. Dancing With Strangers initially closed with September Blue, a touching ballad in which Chris makes a few lyrical lines appear eternal. Further tracks were subsequently added in I Don’t Care Anymore, with the singer’s Celtic heritage surfacing in the tangle of acoustic instruments; the rootsy, Ry Cooderish instrumental Donahue’s Broken Wheel, named for Jerry Donahue, the folk-rock stalwart who handles six-string on five of the album’s tracks; and the tender Danielle’s Breakfast, an instrumental with guitars twining and echoing into the distance.

The pinnacle of most musicians’ careers

Dancing With Strangers might have marked the pinnacle of most musicians’ careers: it was quite an achievement. For the first time, Chris Rea had demoed and partly recorded the album at home. It gave him more control and helped cement his vision, which caught the record-buying public’s imagination.

Released in September 1987, the album spent 46 weeks on the UK chart. But that’s where ill luck decided to remind Rea that nothing could be taken for granted – as if a guy from his tough background could forget that. Dancing With Strangers peaked at No.2, stuck behind the pop juggernaut that was Michael Jackson’s Bad, released two weeks before. But Rea had taken the correct route at that crossroads: his record went platinum, selling 300,000 copies in the UK alone. Its success would persuade Warner to buy out Magnet records, and the major label’s muscle would soon help Chris Rea fulfil his superstar potential with his next all-new set, The Road To Hell. But that’s another dance altogether.