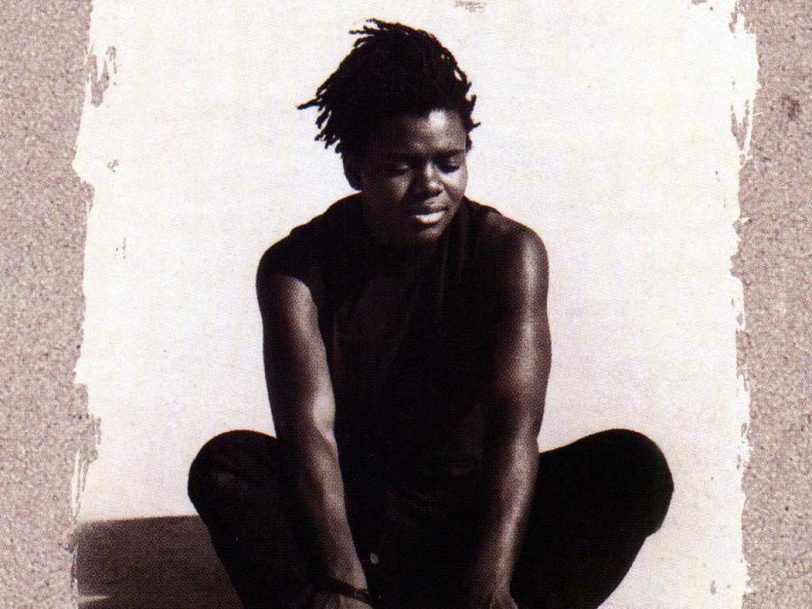 Coming one year after the record-breaking success of her debut album, ‘Crossroads’ found Tracy Chapman following up in inspiring fashion.

Tracy Chapman scored critical and commercial success with her remarkable and wonderfully simplistic eponymous debut album, released in April 1988. Still standing among the best Tracy Chapman songs, hits such as Fast Car and Talkin’ ’Bout A Revolution solidified the young singer-songwriter’s reputation as an extraordinary talent and insightful storyteller praised for her vocal ability and socio-political lyrical content. A little over a year after that album’s release, Chapman proved she was in it for the long haul with her second record, Crossroads.

To follow such an evocative, widely adored record as her debut was no easy task, yet Chapman pushed forward with pace and absolute confidence. While touring her Grammy-winning first record, Chapman wrote and recorded new material for its follow-up, acting for the first time as producer, alongside David Kershenbaum, throughout the sessions that resulted in Crossroads. When the album was released, on 3 October 1989, it emerged as her most profound work to date.

On Crossroads, Chapman continued to explore the themes of politics, civil rights and social and economic equality that marked out its predecessor, while delving into her own private struggles and personal relationships. The album’s title track sees Chapman working with a similar sonic palette to that of her debut, its sombre, folky arrangement allowing her voice to stand front and centre. This time, however, there was a new lyrical focus, with Chapman commenting on the pressures she felt following her quick rise to fame.

It was the perfect opener for an intimate album which gave listeners a deeper understanding of the individual behind the art. In sharing her reflections on love, loss, self-protection and self-care, songs such as Be Careful Of My Heart and This Time widened the scope of Chapman’s songwriting in ways that remained deeply relatable and highly emotive.

“Stand up for what you believe in”

Despite its more pronounced personal material, Crossroads still found Chapman adhering to her belief that artists should “use your music to stand up for what you believe in”. Having found fame in the summer of 1988, following her career-making appearance at Nelson Mandela’s 70th-birthday tribute concert at London’s Wembley Arena, it was fitting that Chapman’s next album featured Freedom Now, a song she dedicated to the anti-apartheid revolutionary figure, as well as to all those around the world who had been unjustly incarcerated. Born To Fight also brought her political songwriting to the fore, its Spike Lee-directed video referencing key figures in the US civil-rights movement of the mid-60s, among them Martin Luther King, Jr, Muhammed Ali, Malcolm X and Rosa Parks.

Peaking at No.9 in the US and reaching No.1 in the UK, Crossroads did, indeed, find Chapman heading – gently – in a new direction. In allowing her simple, direct songs to reveal a more personal side, she also added more highlights to an unrivalled repertoire that has since grown to place Chapman among the all-time songwriting greats such as Joni Mitchell, Bob Dylan and Bob Marley.

Check out our best Tracy Chapman songs to find out which ‘Crossroads’ tracks made the cut.