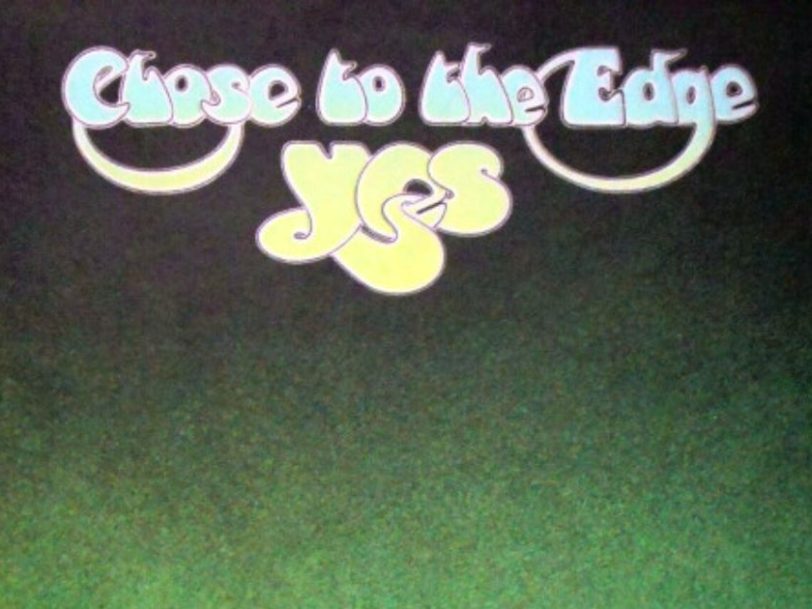 ‘Close To The Edge’: How Yes Leapt To Prog-Rock Immortality

Heroic and audacious, Yes’ 1972 album, ‘Close To The Edge’, saw the progressive-rock voyagers throw themselves into a wondrous sonic odyssey.

Listen to ‘Close To The Edge’ here.

“Basically we have no direction. We can go anywhere,” Jon Anderson declared proudly. “We just hope it’s the kind of music where all the barriers have fallen down.” Dabbling in tape loops up to 40 feet long and putting drummer Bill Bruford through his bloody-fingered paces for days on end, Yes opted not to demo their new songs and instead focused on honing rough ideas into what would become their fifth album.

With literary influences ranging from the spiritual underpinnings of Hermann Hesse’s 1922 novel, Siddhartha, and the fantastical world-building of JRR Tolkien’s The Lord Of The Rings, Close To The Edge’s challenging, 18-minute title track opened the album and saw Yes dive head-first into a prog-rock landscape of dizzying imagination.

With a four-part structure that had more in common with classical music than radio-ready rock, the song is ambitious from the offset, blindsiding the listener with Steve Howe’s fragmentary guitar work and Bill Bruford’s free-form drum patterns. From birdsong to a jazz-rock workout, the song segues into a sublimely rhapsodic riff before the band hurl themselves into a frenetic groove with Chris Squire’s squelching bass lines, while Jon Anderson sings like a medieval serf at the mercy of a sorceress (“A seasoned witch could call you from the depths of your disgrace”).

After casting a spell with Rick Wakeman’s cosmic keyboard tones and Howe’s spidery guitar lines, a recurring vocal motif emerges (“I get up, I get down”). “The song came about because Steve was playing these chords one day,” Anderson said, “and I started singing, ‘Two million people barely satisfy.’ It’s about the incredible imbalance of the human experience on the planet.” Setting the tone for Close To The Edge’s relentless ambition, the title track had already placed the group on the brink of a new frontier.

Quite possibly one of the most wilfully enigmatic love songs ever written, Close To The Edge’s second track, And You And I, is a nine-minute poetic rumination about a pair of lovers sharing their lives together, striking listeners with Cupid’s arrow by way of Steve Howe’s 12-string acoustic guitar. “It was going to be a very pretty folk song that I wrote with Steve,” Jon Anderson said. “Soon we decided that it was to be surrounded by very big themes.”

From the discovery of a soul mate (Cord Of Life) to matrimonial union (Eclipse), the song was again split into four parts, using celestial metaphors as evocatively as the etchings of Romantic poet William Blake. Musically, And You And I flits from wistful melodicism to offbeat time signatures, mirroring the twilight years of lovers growing old together (The Preacher, The Teacher) before shuffling off this mortal coil entirely (Apocalypse). Death, in this instance, is merely symbolic of transcendence, much like it would have been described by priests in the Middle Ages to religious devotees.

It wasn’t until Yes played the song live, however, that they realised how utterly breathtaking And You And I was. “I remember when we did And You And I at the Spectrum in Philadelphia for the first time,” Anderson said. “The whole room was so alive with the music we were making – it was really overwhelming.” Truly showcasing Yes’ musical ingenuity, And You And I made it seem as though they were plucking some ancient truth from the heavens.

“I kept singing the word over and over again, even though I had no idea what it meant”

“‘Khatru’ means ‘as you wish’ in Yemeni,” the singer said. “I kept singing the word over and over again, even though I had no idea what it meant.” Cryptic as ever, the song’s lyrics could be as much a meditation on geographical distance as a quasi-religious parable. Building to feverish and dramatic extremes, Siberian Khatru was an eight-minute rocker unlike any other among the best Yes songs, moving from winning moments of hypnotic bass grooves to a passage of scat-like euphoria amid swirling sounds that were captured by swinging a microphone around the studio to create a Doppler effect.

Pieced together through the first half of 1972, Close To The Edge had pushed each musician to the limit – but the results were worth it. “It was like drawing teeth to get Close To The Edge made,” drummer Bill Bruford said. “Yet it turned out really well! It was an excellent album. How it got to be so was simply a miracle.”

“We told stories and created moods. It was all very daring and wonderful”

Selling over in million copies upon its release, on 13 September 1972, Close To The Edge peaked at No.3 in the US and No.4 in the UK, far surpassing the commercial success of its predecessor, Fragile. A high-water mark in the rising tide of progressive rock, the album also proved that global audiences were eager to move beyond pop-based formulas and were willing to open their minds to more experimental sounds. Placing themselves on the precipice of lofty ambition and fearless musicality, Yes had delivered a landmark work that immediately took its place among the best 70s albums.

“I can only surmise that the fans were attracted to the brave approach and our voyage into the realms of the long-form arrangements embodied in this album,” bassist Chris Squire later said. Jon Anderson also felt their courage to swim against the tide of fashionable bubblegum pop and glam rock had paid off. “We told stories and created moods,” he observed. “It was all very daring and wonderful.”

In 2019, a Prog magazine reader’s poll declared Close To The Edge to be the greatest progressive rock album of all time, finishing above records by the likes of King Crimson, Genesis and Pink Floyd. This should hardly come as a surprise. Today, the album remains a beguiling work of symphonic wonder from a band who were expanding rock’n’roll’s horizons in a way few musicians had ever dreamed of.