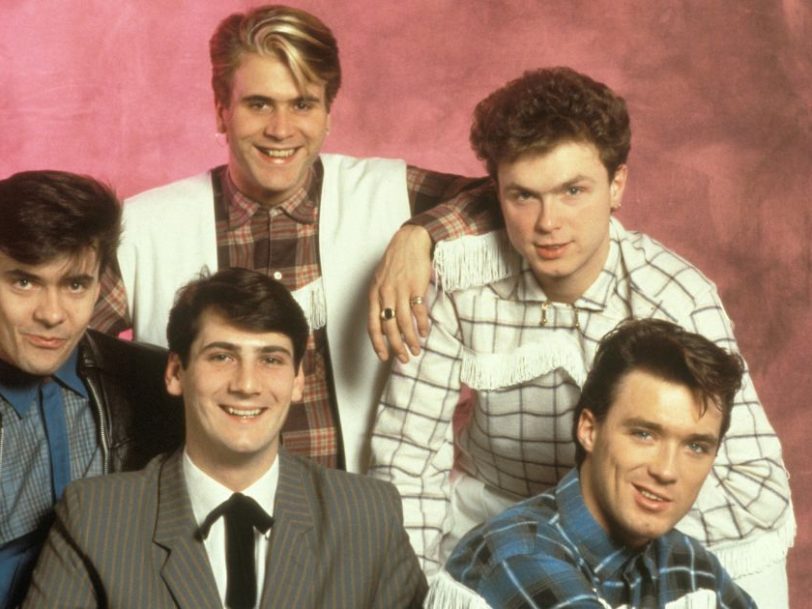 Chant No.1 (I Don’t Need This Pressure On): Spandau Ballet’s Song Story

Chant No.1 (I Don’t Need This Pressure On) confounded critics, its new sound proving Spandau Ballet were outgrowing the New Romantic scene.

Spandau Ballet proved to be masters of reinvention across the turbulent decade of 80s pop, when musical trends and fast-evolving technology added a giddy sense of pace to the dynamic chart kaleidoscope. The song that first signalled the group’s assured knack of staying one step ahead of the sonic competition was 1981’s Chant No.1 (I Don’t Need This Pressure On), released in July 1981 and scoring the band their biggest UK chart success to date.

Listen to the best of Spandau Ballet here.

Just three months earlier, the gloriously overblown Russian folk-rock drama of Musclebound (paired with Glow, which gave a strong nod to what would come next) berthed in the UK Top 10, and its OTT video secured Spandau Ballet’s place among the best New Romantic bands. Lesser groups would likely have repeated the formula, but Spandau Ballet had a surprise up their frilly sleeves…

Perhaps it was inevitable that a band already so associated with London’s club scene would seize on a hot trend now packing dancefloors – Brit funk was a homegrown fusion of jazz, funk and soul, and was providing hits for the likes of Lynx, Freeez and Level 42. Spandau Ballet’s songwriter, Gary Kemp, was attracted to the energy of the movement and knew the gear change would likely offer the added attraction of winding up the UK rock press – then notoriously irritated by artists who dared change musical lanes.

“A marriage of band, place and time that positioned Spandau Ballet at the apex”

Chant No.1 (I Don’t This Pressure On) came together quickly in sessions at Utopia Studios, in Primrose Hill, London, after some early try-outs on the road, and Kemp was determined to make sure the song’s early promise was delivered in the finished recording. The Brit funk act Beggar & Co were drafted in to provide those now-familiar hook-heavy horns, while drummer John Keeble tried out an electronic drum kit for the first time. Vocalist Tony Hadley was even encouraged by producer Richard Burgess to tone down his trademark full-throttle delivery, so the track would benefit from a softer, more layered performance.

“Starting with its tetchy guitar riff, Chant No.1 takes paranoia, throws in some gang vocals and a taut trumpet, mixes it with a soupcon of Raymond Chandler, and places it in the pressure cooker that was Soho 1981,” kempt neatly summarised in his 2009 autobiography, I Know This Much.

So excited were the band on completing the recording that they rushed to their favourite London haunt, Le Beat Route, to assess the crowd’s reaction to a white-label acetate. They weren’t disappointed in the response, and even the notoriously competitive Boy George, a Le Beat Route regular just over a year away from his breakthrough with Culture Club, is alleged to have begrudged the song a measured thumbs-up.

“There’s something utterly complete about Chant No.1”

The Greek Street, Soho, nightclub was inevitably chosen as the location for the single’s video shoot, directed by Russel Mulcahy, who would create other notable promos for Bonnie Tyler, Duran Duran and Elton John. It was a standard performance clip but it captured the sweaty theatre of the dynamic London after-hours culture that was proving to be the perfect hothouse for a new generation of pop royalty.

Released on 10 July 1981, Chant No.1 (I Don’t Need This Pressure On) proved an immediate success, flying straight into the UK Top 20 and going as high as No.3. Easily one of the best Spandau Ballet songs of all time, it even started to make waves for the group in the US, where the cut entered the Billboard dance listings (hitting No.17 and proving the band’s biggest club success in that market), but Kemp admitted the group’s stateside label had no idea how to market a rock-pop act releasing a record like that. “For me, there’s something utterly complete about Chant No.1 and its accompanying video – a marriage of music, band, place and time that, even more than [debut single To Cut A Long Story Short], positioned Spandau Ballet at the apex of what was happening,” he later reflected.

It was a lofty perspective that would briefly unsettle him, with Spandau Ballet’s next album, Diamond – failing to maintain the commercial momentum. But a timely Trevor Horn remix (on Instinction) and the colossus that was 1983’s True album were just beyond the horizon. The ultimate 80s pop survivors were destined to pull it off again…