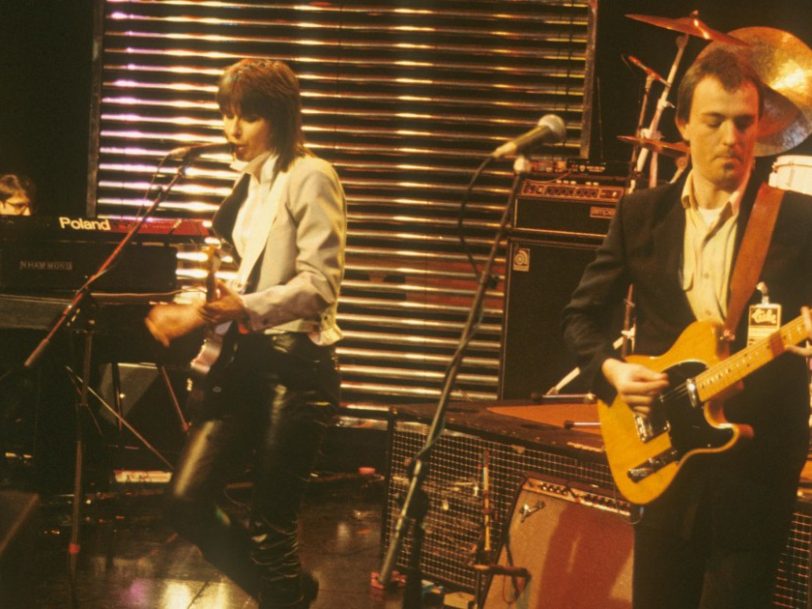 Brass In Pocket: Why Pretenders’ Signature Song Is Special, So Special

It broke the rules of songwriting, yet Brass In Pocket bore all the hallmarks of a classic pop song and became Pretenders’ breakthrough tune.

For many years, Pretenders’ leader, Chrissie Hynde, had a difficult relationship with her band’s breakthrough hit, Brass In Pocket. It rewarded the group with their first major success when it soared to No.1 in the UK in January 1980 – becoming the first new UK No.1 of the decade – and it arguably remains her signature song. Yet, while she’s made her peace with it now, she didn’t initially understand why Brass In Pocket had such mass appeal.

Listen to the best of Pretenders here.

“It sounded like it was trying to be a Motown song”

“I did not like it at first,” Hynde told American Songwriter in 2019. “I said that would go out over my dead body. That was my famous quote.”

Hynde went on to explain her reasoning, saying she felt Brass In Pocket “didn’t think it knew what it was”, adding, “I thought it sounded like it was trying to be a Motown song, but it didn’t quite make it for me.”

Unlike most of the songs gracing Pretenders’ marvellous self-titled debut album, Brass In Pocket wasn’t written solely by Hynde. It sprang from a collaboration with the band’s original lead guitarist, James Honeyman-Scott, who passed away from a drug overdose in June 1982.

Honeyman-Scott had devised the opening guitar riff: “He was playing that in the studio and I thought, Wow, that’s awesome,” Hynde recalled. “I just happened to have a little tape recorder, and I taped it. That’s the one time I did that. I wish I’d done it more.”

“If I’d imagined it was going to be a hit, I might have been less abstract”

From a songwriter’s point of view, Brass In Pocket eschewed the accepted rules in terms of structure. Rather than rely on a traditional chorus, Honeyman-Scott’s guitar figure provided the song’s hook, and, unlike with most hit records, its title only featured once in the lyric. However, even if they caught the phrase “brass in pocket”, many casual listeners wouldn’t necessarily have understood what Hynde was singing about.

“We supported a band on our label called Strangeways, on tour in the north of England,” Hynde wrote in the sleevenotes for Pretenders’ Pirate Radio box set. “We had dinner afterwards and one of their guys leaned across the table and said to another, ‘Did you take my trousers to the dry cleaners? Was there any brass in the pocket?’ It was a turn of phrase that describes someone who is doing alright, financially. If I’d imagined it was going to be such a hit, I might have been a little less abstract.”

Superficially, much of Brass In Pocket’s lyric was equally arcane, with Hynde throwing in obscure references to everything from Cockney rhyming slang (“got bottle”) to a style of driving with the window down, in the line “Detroit leaning”. Ultimately, though, the song’s enigma factor worked in its favour, and when Hynde’s sensual vocal delivery aligned to perfection with Honeyman-Scott’s chiming guitars and the supplest of grooves, Pretenders had a classic pop song which – as its kiss-off line would have it – was simply “special, so special”.

“Brass In Pocket was as big as it got”

Released as a single in November 1979, Brass In Pocket’s commercial performance soon bore this out. Not only did the song become the first new UK No.1 of the 80s, it went to No.2 in Australia and also cracked the US Top 20. Now hailed as one of the best Pretenders songs, its stratospheric success rapidly changed the game for the group, as it provided the springboard for their self-titled debut album to top the UK charts for four consecutive weeks and to penetrate the heart of the Billboard 200 in the US, where it landed in the Top 10 on its way to going platinum.

A veritable string of classic Chrissie Hynde-penned hits have since ensured Pretenders’ place among the best rock bands of all time, but while the group now have an enviable catalogue to pull setlists from, their fans will always want to hear them perform Brass In Pocket. With that in mind, it’s probably just as well its author’s stance towards it has softened in more recent years.

“I enjoy singing it these days”

“In terms of my career, Brass In Pocket was about as big as it got, but globally speaking it was more like a B-movie. I don’t remember it having any huge impact in terms of us playing bigger venues,” Hynde reflected in a 2020 interview with Louder.

“I enjoy singing it these days,” she admitted. “If someone wants to hear it, it’s always a pleasure. And my new band likes playing it, too. But the best thing about the song is that it always reminds me of Jimmy Scott. He was a fantastic guitar player. He was only 25 when we lost him.”

Find out how Pretenders’ debut album proved Chrissie Hynde and co were the real deal.