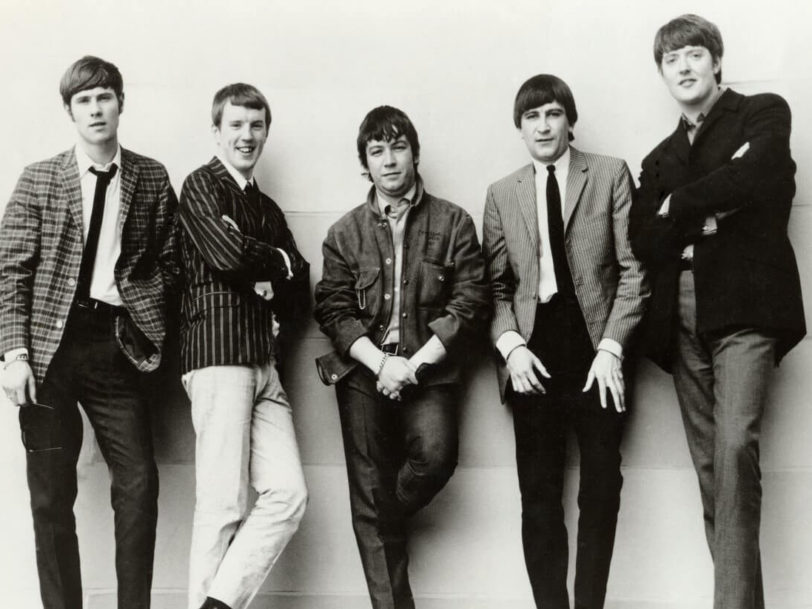 Claiming other people’s hits for their own, the best The Animals songs put an indelible stamp on rock music in the mid-60s.

The Beatles launched the British beat boom in 1962 but were not the only band from a tough Northern port playing R&B, blues and rock’n’roll. Nor were they the toughest-sounding. That accolade goes to The Animals, who deserve to perch far higher up the rock’n’roll pecking order than they do. The Animals had everything: a fiery, magnetic singer in Eric Burdon; an acute understanding and passion for Black American music; a raw heavyweight sound that didn’t even try to be refined, despite the brilliance of musicians such as organist Alan Price and guitarist Hilton Valentine. And their rhythm section of Chas Chandler (bass) and John Steel (drums) rocked. While The Rolling Stones were still getting their sound together, The Animals emerged fully formed, dishing out a loud, moving and roughneck R&B that became a huge influence on US garage rock, psychedelia – even folk-rock. Every note they played sounded like they meant it; each song was studded with the grit of the city they grew up in. They may have worn suits at first, but you believed The Animals were hard-living, wild creatures, because they were. Here to prove it are the 10 best songs by The Animals.

Listen to the best of The Animals here, and check out our best Animals songs, below.

In March 1964, The Animals opened their recording career as they meant to carry on: loud, nasty and raw as a lion’s dinner. Baby Let Me Take You Home’s opening guitar riff is oddly complex; Alan Price’s baroque organ opened the ears of a thousand Farfisa-fingering US kids over the next few years. The sound is oddly thin and organised, however; it was like nobody knew how to get their attitude down on wax as yet. This quickly changed. What separated this song from the pack of other Brit R&B hopefuls was the arresting presence of frontman Eric Burdon. You knew full well that when he wanted to take you home, baby, it wasn’t to meet his mother. Clearly this mob were a band to watch. And then some.

The Animals’ third UK single of 1964 was a wail about love gone bad, penned by Alan Price and Eric Burdon. But I’m Crying was no gooey ballad. Over a furious drum beat and a guitar riff that drills into you like an apprentice dentist, Burdon barks and howls, while the backing vocals approach the sort of Gregorian chanting that would get The Yardbirds acclaimed – assuming a football crowd ever tried Gregorian chanting. Top 10 in the UK, Top 20 in the US, top tune today.

There was clear demarcation between The Animals’ singles and albums: the singles were often dark and wild, while their albums were like an R&B party. This version of Bo Diddley’s Roadrunner, from their second UK album, Animal Tracks, is fairly typical. However, there’s one weird aspect: Hilton Valentine dragging his plectrum down his strings to make an odd, ear-grabbing noise – was Pete Townshend listening?

Early in 1966, hints of psychedelia were turning up in The Animals’ records – a change Eric Burdon would soon fully embrace. One of the best The Animals songs from this early period, Inside-Looking Out was their last single to feature John Steel, whose drumming drives a song unearthed from the folk repertoire – though it never sounded like this before. You’ll hear hints of The Doors in Burdon’s roar and the way the music eases back moodily at times. But this tangled fury is all The Animals’ own.

New sticksman Barry Jenkins arrives and the band unleash a version of a Goffin-King song which combines a big-city soul beat with garage-rock organ, overdriven guitar and a wide-open atmosphere. For the verses, Eric Burdon is at his most subtle, though still comes over like a man on the brink. Yet another UK Top 10 UK hit and Top 20 in the States, Don’t Bring Me Down does not loom as large in the public consciousness as some of their other singles but more than deserves its place among the best The Animals songs: it’s the sound of 1966, primed for the psych explosion of the following year.

I Put A Spell On You could have been written for The Animals: it was dark-sounding R&B in a minor key and built for wailing, even if the song’s writer, Screamin’ Jay Hawkins, played it as a tragicomedy. By the time The Animals got to it, the song had also been covered by Nina Simone, who’d sung the original version of The Animals’ 1965 hit Don’t Let Me Be Misunderstood. As if those connections aren’t complex enough, I Put A Spell On You was cut for The Animals’ third UK album, 1966’s Animalisms, their first without original keyboardist Alan Price, who’d quit the group and was replaced by Dave Rowberry. Price then went on to record I Put A Spell On You himself and enjoyed a UK Top 10 hit with it that same year. The Animals’ version remains spellbinding.

The Animals tended to leave blues to the albums, but this wailing version of Sam Cooke’s Bring It On Home To Me cleverly strode the borders between blues ballad, rock and pop, and was a decent-sized hit in 1965.

While Nina Simone sang the original at a funereal pace, tenderly orchestrated to leaven a dramatic vocal, Burdon and co wound up the tempo – and, in doing so, claimed Don’t Let Me Be Misunderstood as one of the best Animals songs. Hilton Valentine’s 12-string Rickenbacker supplied a stinging contrast to Alan Price’s churchy organ, but while boys could easily have gone way over the top on a song like this, producer Mickie Most, allied with Eric Burdon’s respect for Simone’s cut, ensured this heartbreaking ballad retained a solemn dignity. A massive hit on both sides of the Atlantic, and a keynote single of 1965.

The guitar riff that launched a billion botched imitations opens the record that made the band superstars. The Animals kickstart folk-rock – as opposed to folk-pop – with a storming version of a tale of self-destruction reckoned to be about 150 years old. Eric Burdon heard it sung by local folk musician Johnny Handle, and when fans loved The Animals’ adaptation of it at gigs, their producer, Mickie Most, agreed to record it, even though he’d previously considered it an unsuitable dirge for hard-rockin’ Geordie boys. Topping the charts in the UK and US, The House Of The Rising Sun’s boiling pressure-cooker sound shocked the ears, like progressive rock had arrived years too early. And it was just their second single…

The original Animals didn’t write most of their hits, but the stamp they put on other people’s songs was indelible. They were the first off the mark with this instant classic penned by Barry Mann and Cynthia Weil. Mann had intended to release it himself, but The Animals heard it via a US connection of Mickie Most’s, and the rest is history. Chas Chandler’s bassline and keyboards from new member Dave Rowberry set up a beautiful tension, released in the chorus. Topping our list of the best Animals songs, We Gotta Get Out Of This Place was a reminder of the group’s industrial upbringing in Newcastle-upon-Tyne; it called to frustrated young men in Pittsburgh steel mills and spoke to conscripts fighting in Vietnam. And it offered a hint of optimism: there is a better life for me and you. One of the greatest rock songs of a classic year: 1965.