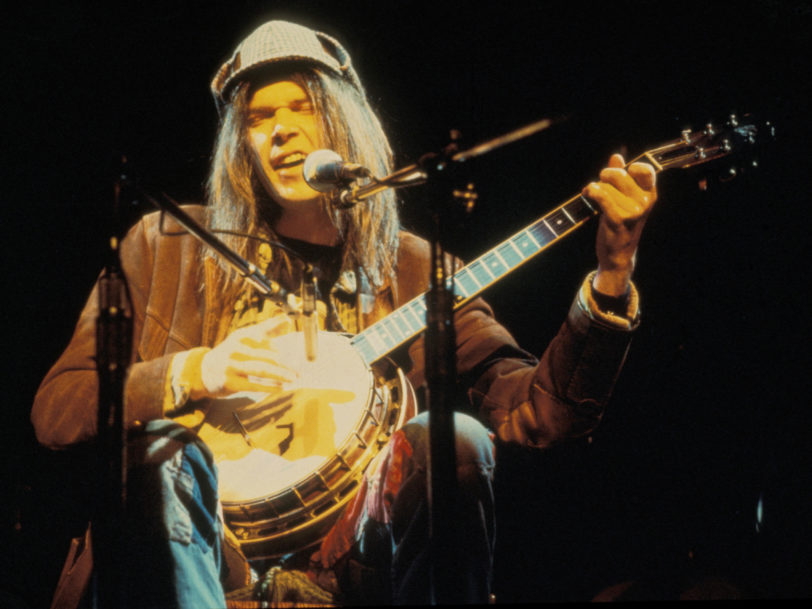 Music And Politics: How Musicians Learned To Fight The Power

The relationship between music and politics is long and complex. Some artists embrace it, others choose to stay out of the fray…

In the age of social media, it has become fashionable for individuals to comment on politics, but controversial for musicians to do so. Told, more often than not, to “stick to what you’re good at”, it’s almost as if music and politics have come to be viewed as mutually exclusive, despite the fact that the relationship between the two has a history that stretches back for decades. The protest song has a long, proud tradition of calling people to arms and maintaining a record of social injustice.

Music and politics: a match made in…

The specific link between music and politics has long been accepted by politicians. Election battlegrounds around the world frequently see politicians tussling over appropriate campaign music. The journalist John Street noted that in 2001, the UK election had been the subject of numerous articles examining the song choices of political parties. Street’s initial conclusion – that “musical taste was a mark of political credibility” – gave way to a more nuanced view that music, long censored in more repressive states, has a “capacity to provoke a political response” and that “the pleasures of music are part of its politics, not an incidental feature of them”.

This is not to say that all music is, or must be, political (even if it does reflect the prevailing politics of the time). Clearly some artists are content to make music purely as a form of escapism, while others are even vocal in music and politics should never mix. Heavy metal agitator Rob Zombie, whose career in film and music indulges the fantastic, has regularly gone on record to state that politics is not something he’s willing to discuss in public – “There’s nothing that annoys people more than actors or musicians being political,” he told San Francisco Examiner in 2013. Such escapism is an essential facet for entertainment and, as Freud is apocryphally supposed to have uttered, sometimes a cigar really is just a cigar. Nevertheless, for many artists, music is a powerful lens through which to view (and attempt to change) society.

The greatest protest song ever?

Neil Young, for example, may have proved mercurial in his politics, but there is nothing left to the imagination in the haunting Ohio, a song written in reaction to the Kent State shootings and performed by Crosby, Stills, Nash And Young. Unequivocal in its condemnation of then President Richard Nixon, the song was embraced by the counterculture of the time and was considered so subversive that it was banned by numerous of radio stations.

Now perceived as a classic, Ohio is a perfect example of an artist portraying the dark underbelly of the society in which they live, and, in 2020, it was listed by The Guardian newspaper as “the greatest protest record” ever made. Though the article is less convinced that rock musicians are capable of sustaining the level of fury necessary to engage in politics more than tangentially (the author, perhaps, never having heard a Rage Against The Machine record), it recognises Ohio’s place in reflecting the rage and turmoil of the time – as, it seems, does Neil Young, for whom music and politics have often been inseparable. He resurrected the song for CSNY’s 2006 Freedom Of Speech tour, playing it alongside the wonderfully controversial Let’s Impeach The President.

In 2006, performing such a song was a risky move that saw considerable walk outs (as documented in the CSNY/Déjà Vu documentary), offering a reminder that even an artist of Neil Young’s stature is not exempt from the fire and fury of fans with opposing political viewpoints. One wonders how such a song would play out today, with social media providing a more accessible space for outrage to be expressed and amplified.

A band whose relationship between music and politics emerged through a sustained activism was R.E.M. Though now sadly disbanded, in July 2020 they made headlines as one of the first bands to sign an open letter demanding that politicians cease the unauthorised use of music while on the campaign trail. While this may be a contemporary issue, it is part of a pattern of awareness that R.E.M. demonstrated over their 30-year career. In a 2014 article, OpenCulture.com declared Out Of Time to be one of the most politically significant records of all time, thanks to the inclusion of a pre-printed slip supporting the so-called “motor voter bill”, which was signed into law by Bill Clinton in 1993. The controversial bill essentially encouraged voter registration by providing driving-license applicants with voter registration forms, with the aim of encouraging youth participation in federal voting. This, coupled with the band’s open support of Rock The Vote, showed that a band does not necessarily have to have overtly political lyrics in order to use their platform to advocate change.

However, if R.E.M.’s sedate activism lacks the fire of youthful rebellion, bands like Fever 333 have done much to sow the seeds of dissent. A band who, on their debut record, directly challenged issues such as homophobia, racism and sexism, they recently made a more direct statement by releasing the single The Innocent in reaction to the tragic death of George Floyd.

A powerful track, the band’s savage lyrical take-down of social order in America references both the factual (Trayvon Martin) and the fictional (Radio Raheem, a character in Spike Lee’s seminal 1989 movie, Do The Right Thing) in order to make its point, while intent was matched with action: the band donated the proceeds of the song to Minnesota Freedom Fund and Black Lives Matter. Socially conscious, fiercely intelligent and very aware that their platform gives them a voice, Fever 333 impressively combine the ferocity of metal and punk with a catchiness that has enabled them to reach a wide audience and hold their attention. Divisive though their radical take on left-wing politics may be, the band adhere to Andre Gide’s oft-espoused philosophy that it is “better to be hated for what you are than loved for what you are not”.

Similarly, heavy metal outfit Machine Head have long been divisive, thanks to frontman Robb Flynn’s tendency to say exactly what is on his mind. This was certainly the case with the savagely underrated Catharsis album, which courted controversy with the straight-talking track Bastards. Written as a letter to his sons, the song is a searing condemnation of the neo-liberal agenda that has flourished in recent years, Robb singing: “And every politician stood there idle and so smug/Empowering the racists and Second Amendment thugs/Wall Street and the billionaires, convinced us they’re so smart/Saying, vote with your wallets, instead of with your hearts.”

A direct challenge to any conservative fans still left in doubt as to the band’s political stance, Bastards played out as a monstrous folk-infused rocker that was as honest and heartfelt as it was atypical of Machine Head’s style, and it resulted in a massive social-media backlash. Though Flynn would admit to a sense of loneliness thanks to the massed voices ranged against him, he has continued to express his pride in the album and his need to maintain an honest relationship with his fanbase. Less directly political than Fever 333, yet equal in their honesty regarding social issues, Machine Head steadfastly cling to their beliefs, and it is this that helps the band’s music to resonate with audiences worldwide, even if it comes at the expense of a certain demographic.

Political activism can come at a cost that goes beyond the mere loss of fans. In a 2016 interview, Paloma Faith raised the very real fear that musicians have of being subject to abuse for airing political views, while Charlotte Church found herself in line for death threats for daring to criticise a UK political figure. Where artists once had a voice and a platform, social media has created the possibility for anyone to find an audience, simultaneously allowing an extremity of language to creep in – one that veers from the upsetting to the genuinely frightening. Exacerbated by a growing number of Machiavellian political advisors who are attempting to harness such violence to their own skewed causes, it seems increasingly likely that successful musicians will be forced to either self-censor, or run the risk of polarising their fan base, potentially even garnering a violent response.

Yet, as we have seen, art has both the power and the responsibility to represent the world in which we live. The more that artists shy away from that, the more anodyne their musical and lyrical content risks becoming. There will always be a place for those who seek only to entertain, but for those for whom art is life, a combination of music and politics must remain at the heart of what they do. The risk of violence may be real, but to bow before it would be to “let the bad guys” of Machine Head’s Bastards win – something against which true art must always stand.