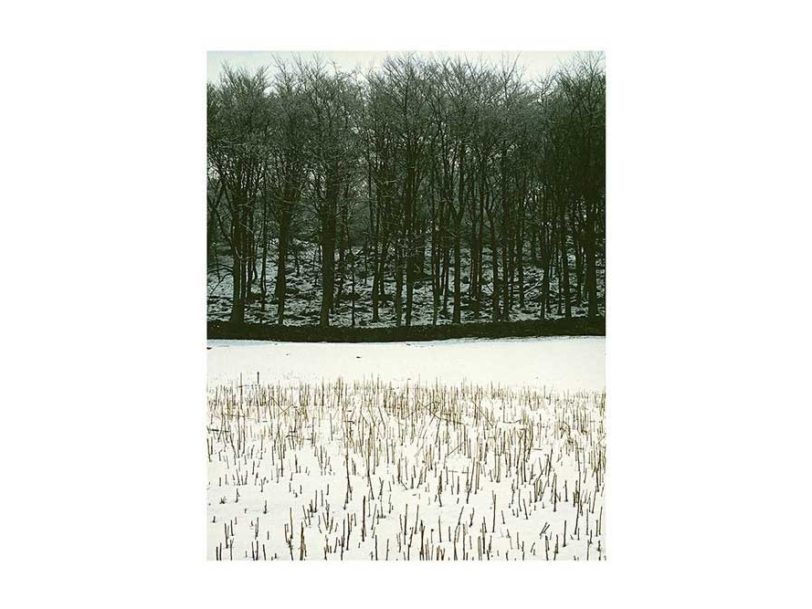 Hailed as ‘an unbreakable testament to Joy Division’s brilliance’, the rich, evocative Atmosphere stands as the group’s greatest ballad.

In a recent retrospective, The Guardian referred to Joy Division’s Atmosphere as “a glacial, glittering masterpiece”, encapsulating the song perfectly. Sombre, yet spine-tinglingly beautiful, this towering ballad will always be right up there among the best Joy Division songs, so it seems barely credible that the band initially gifted it to a small French label, Sordide Sentimental. Indeed, this obscure imprint coupled Atmosphere with another of Joy Division’s strongest tracks, Dead Souls, and issued it as an EP, Licht Und Bleindheit (“Light and darkness”), on 18 March 1980.

“We were continually writing great songs”

“The tracks Throbbing Gristle previously put on their Sordide Sentimental EP were never going anywhere else, but we put two of our best songs on [ours],” bassist Peter Hook recalled in his book, Unknown Pleasures: Inside Joy Division. “It was a limited edition that we never got any money for. The run was just 1,578 copies. Having said that, it didn’t bother us at the time. This came during a period when we were continually writing great songs, so it didn’t seem like such a big deal to be honest.”

Hook’s reasoning is entirely just. Joy Division wrote Atmosphere in the early summer of 1979: a fertile creative spell which also spawned future Closer classics such as Atrocity Exhibition and Colony. Originally known as Chance, Atmosphere was first conceived after the band acquired a new – if rather less than hi-tech – bit of kit from guitarist Bernard Sumner’s grandmother.

“It was a Woolworth’s Winfield brown Bakelite plastic reed organ,” drummer Stephen Morris wrote in his memoir, Record Play Pause. “It featured chord buttons, just press to play a chord. Beautifully simple. Its finest hour was on a very early version of Atmosphere, when it was still called Chance, and it had a lovely, mournful tone that gave the track its mood. We used to do the whole song with it live, until [the organ] got dropped and shattered into a thousand pieces. The fragility of Bakelite.”

Joy Division recorded a promising early version of Atmosphere (still known as Chance, and featuring Sumner playing the reed organ) for their Manchester Piccadilly Radio session in June 1979. This version later saw official release on the 1997 box set Heart And Soul, but while it shows the song was already shaping up, its arrangement, and <ahref=”https://www.thisisdig.com/feature/best-ian-curtis-lyrics-joy-division/”>Ian Curtis’ lyrics, would both be honed considerably before Joy Division officially recorded it with producer Martin Hannett several months later.

“Most accomplished and sophisticated”

The autumn of 1979 was especially productive for the band. They packed in their day jobs and officially turned professional as musicians before embarking on a major UK tour, supporting Mancunian colleagues Buzzcocks, throughout October and the first half of November. This hectic period also saw Joy Division making their first foray into Europe (they played the Plan K Arts Centre in Brussels on 16 October) and recording their second session for BBC Radio 1’s John Peel show.

Amid the melee, the band somehow snatched a couple of days recording at Rochdale’s Cargo Studios with Hannett. Yielding not only Atmosphere, but also the definitive take of Dead Souls and a stark, brittle version of one of the band’s earliest songs, Ice Age (the latter ended up on the posthumous Still compilation), the sessions were short, but highly productive. Unlike the Unknown Pleasures sessions, during which Hannett often insisted Stephen Morris record his parts literally one drum at a time, Joy Division recorded these three songs together in the same room – though the mercurial producer still had a surprise or two in store for the drummer.

“I’ve seen the ‘chimes used by Joy Division on Atmosphere’ or sale on eBay a few times and more lately in musical car-boot sales and that’s hilarious,” Morris wrote in Record Play Pause. “It would have been so much simpler to use good old-fashioned metal and wood, but that was no fun for Martin. Instead, he got the ham-fisted drummer to delicately ping the chime off a broken tambourine perched on a scissor blade held very close to a microphone for a few hours. With help from his AMS digital delay, that produced the shimmering icy bell effect for the chorus of Atmosphere.”

Despite this recollection, Morris also agreed that Atmosphere and Dead Souls were “the most accomplished and sophisticated” songs Joy Division had yet recorded – and he wasn’t wrong. Hannett’s pristine production merely emphasised the fact that Atmosphere had evolved into a thing of wonder. The band delivered the lush, keyboard-led backing track with admirable restraint, while Ian Curtis compounded his intensely personal lyric (“Walk in silence/Don’t turn away, in silence”) by delivering one of his richest and most evocative vocal performances.

Joy Division’s non-contract, handshake deal with Factory Records[https://www.thisisdig.com/feature/factory-records-indie-label-history/] meant they had the freedom to gift Atmosphere and Dead Souls to the obscure Sordide Sentimental imprint, but as Stephen Morris also notes, “I do suspect there was an inkling Atmosphere would make a great follow-up to Transmission.” That came to pass following Ian Curtis’ death, when Factory reclaimed the song and coupled it with a re-recorded version of She’s Lost Control for general release as a 12” single in September 1980.

Unsurprisingly, Atmosphere topped the UK indie charts the following month and, in 1981, also went to No.1 in New Zealand. It finally cracked the UK Top 40 seven years later, when it was reissued to coincide with the release of the Joy Division compilation Substance and was promoted with a solemn but memorable black-and-white video shot by Anton Corbijn. The same director also used the song to devastating effect at the end of his Ian Curtis biopic, Control. As The Guardian later noted, Atmosphere has since become “an unbreakable testament” to Joy Division’s brilliance.

“Atmosphere got voted the favourite rock song to be played at funerals at one stage,” Peter Hook told Louder in 2017. “Which was a very dubious honour. However, it’s got a wonderful bass riff and it is very moving and melancholic, which Ian capitalised on with the vocal line and the lyrics. It’s a massive song!”

Check out our best Joy Division songs to find out where Atmosphere ranks.