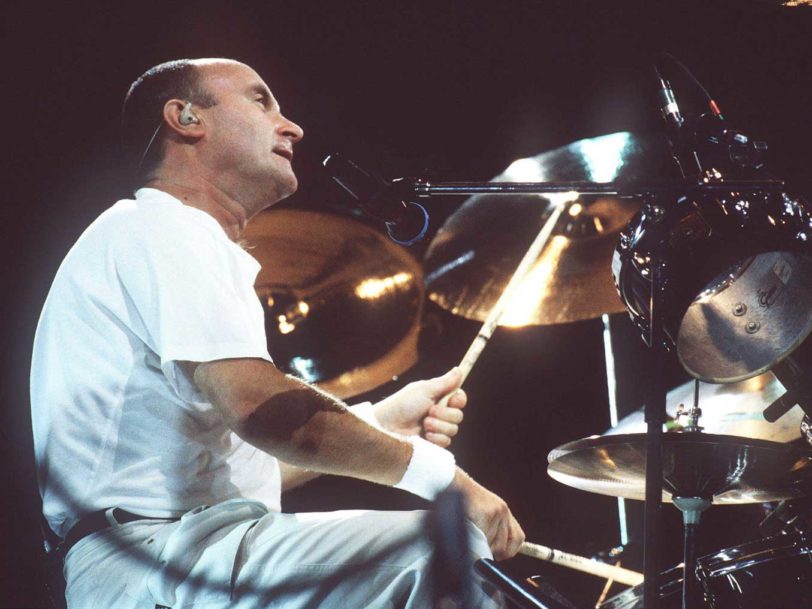 Against All Odds: How Phil Collins Won Big With A Soundtrack Smash

A pivotal song in Phil Collins’ career, Against All Odds (Take A Look At Me Now) has become one of the most beloved power ballads of all time.

Phil Collins is no stranger to a movie soundtrack. In his 50-year career, the Genesis linchpin and solo icon has left his mark on Disney’s animated Tarzan and Brother Bear features, not to mention being name-dropped by the murderous Patrick Bateman in the cult classic American Psycho. But by far his most successful film work is the gut-wrenching Against All Odds (Take A Look At Me Now), which not only raised the bar for movie soundtracks, but has become one of the most beloved power ballads of all time.

How can you just sit there: from demo to definitive

Though Against All Odds is now definitively one of the best Phil Collins songs of all time, it may never have seen the light of day were it not for the film of the same name. Collins initially penned the track in 1981, intending to include it on his debut solo album, Face Value. Initially known as How Can You Just Sit There?, the song was discarded as one of too many ballads he had written following the breakdown of his relationship with his first wife, Andrea Bertorelli. Consequently, it remained hidden away for a few years, until movie director Taylor Hackford came onto the scene.

Seeking a song for his upcoming romantic neo-noir thriller, 1984’s Against All Odds, Hackford had his hopes set on convincing Collins to do the job. As Genesis were touring at the time of the film shoot, Hackford flew to Chicago to watch the band perform and to negotiate with the singer. After viewing a rough-cut of the film, Collins agreed to contribute a song. Reviving How Can You Just Sit There?, Collins adapted it for the movie, turning it into the emotional piano ballad we know today as Against All Odds.

The song’s impactful orchestral arrangement was conducted by producer Arif Mardin, who also enlisted the help of New York musician Rob Mounsey for a poignant piano lead. Collins’ trademark drumming came into full force halfway through the track, working alongside his anguished vocals to provide a soul-stirring performance. The finished song was given a single release on 26 March 1984, following its namesake movie’s release earlier that month, and was met with considerable chart success.

Take a look at me now: chart success and awards

Against All Odds was a global hit that topped the charts in Norway, Canada, and the US. It reached the Top 5 in most other countries, including the UK, where it occupied the No.2 spot for three weeks. The song was also accompanied by a music video, which featured clips from the movie interspersed with footage of Collins performing in front of a rainy backdrop and spent a few weeks in the No.1 spot on MTV. Both Taylor Hackford and the movie’s music exec, Gary LeMel, felt that featuring the song on the film’s closing credits boosted box-office sales, with LeMel speculating that the promo clip’s heavy MTV rotation added at least $5 million to the takings.

The critics also came out in force to praise the song. Against All Odds won the Grammy award for Best Male Pop Vocal Performance in 1985, beating Kenny Loggins’ Footloose, Lionel Richie’s Hello and Stevie Wonder’s I Just Called to Say I Love You, and received an extra nomination for Song Of The Year (it lost out to Tina Turner’s What’s Love Got To Do With It). It was also in the running at film award ceremonies, receiving nominations for Best Original Song at both the Golden Globes and the Academy Awards. Bizarrely, Collins’ offer to perform the song at the latter was declined in favour of a performance by singer and dancer Ann Reinking, whose poorly received version Collins himself later branded “awful”. (That summer, Collins gave a global audience the chance to see his own rendition of the song when he performed it at both his London and Philadelphia Live Aid sets.)

So much I need to say: cover versions and legacy

A foolproof way of measuring the success of a song can be to look at how often it has been sampled and covered – particularly if those homages have been successful. In this respect, it’s clear that Against All Odds has had a lasting impact on popular culture. In 1999, Mariah Carey recorded and co-produced a version of the song for her seventh album, Rainbow, which hit No.2 in Norway. In September 2000, she revisited it in collaboration with Westlife. As the first single from the Irish boy band’s second album, Against All Odds stormed the charts, peaking at No.1 in the UK as well as reaching No.3 in the European Hot 100. Further proving Collins’ solid songwriting abilities was X Factor winner Steve Brookstein’s 2004 version, which went to No.1 in the UK, almost 20 years after Phil Collins’ original release.

Though many admired artists have found success with their own spins on Collins’ work, these homages are a credit to the endurance of the original song. Collins himself has said that Against All Odds was written at a turning point in his career, when he established himself as a lyricist as well as a musician. The impact of this pivotal transition continues to make itself felt.

Take a look at our best Phil Collins songs to find out where Against All Odds landed.