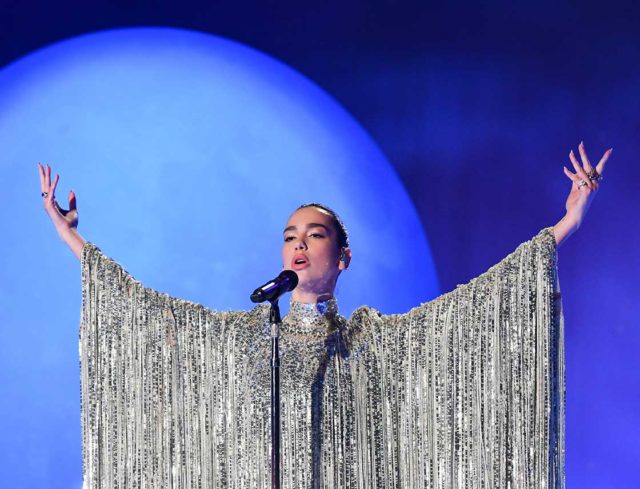 Dua Lipa has announced her first single of 2021, which she will release next week.

The song, called We’re Good, will be available on the 11th February. The singer took to Twitter to share the news, donning a green dress and green gloves in the accompanying photo, which can be seen below.

She revealed back in January that “B-sides are on the way”, though it is not confirmed yet whether We’re Good is one of those B-sides from her 2020 smash hit, Future Nostalgia

B-sides are on the way…. 🌕 pic.twitter.com/B5uZHdhfLU

We’re Good will mark her first new music since she teamed up with Miley Cyrus in November 2020 to record the song Prisoner from Miley Cyrus’ Plastic Hearts album.

In December 2020, Dua Lipa broke online livestream records with her virtual event, ‘Studio 2054’ where she performed her songs from her albums Future Nostalgia, Club Future Nostalgia and her self-titled debut, in a warehouse in London on 27th November, with guest appearances from Miley Cyrus, FKA Twigs, Kylie Minogue and Elton John. The show had over five million viewers, and sold roughly 263,264 tickets.

Dua Lipa shared a pre-save link for We’re Good on her Twitter. To add the song to your Spotify or Deezer library ahead of its release, click here .