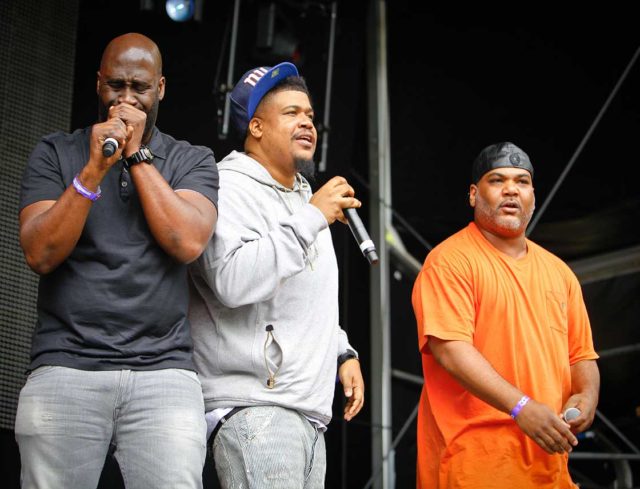 De La Soul went animated as they guest starred in an episode of the Cartoon Network show, Teen Titans Go!.

The episode saw the hip-hop trio – Posdnuos, Trugoy and Maseo – fighting a tentacles monster who steals their music, using a bazooka to send out huge sound waves of Trugoy’s voice. They work to retrieve their music back from the monster after their music is consumed and their studio destroyed by the alien. The Teen Titans work to help them get their music back

You can watch a clip of the show below.

The episode mirrors some of De La Soul’s real experiences, with the trio struggling to get ownership of their music, failing to come to an agreement with their former record label, Tommy Boy Records, as to who owns their catalogue. The band called for a “Tommy Boycott”, after the label announced their music would be available for streaming, but the band would only receive 10% of the revenue from streaming, while Tommy Boy would receive 90%. Following this, and support in the boycott from artists including Nas and Questlove, the deal was postponed.

The band said, “Dear fans, The music WILL be released digitally,” the group wrote on Instagram. “After 30 long years of good music and paying their debt to hip-hop, De La Soul unfortunately will not taste the fruit of their labor.”

Speaking about their appearance on Teen Titans Go! the trio took to their Instagram to share a video clip.

As well as a mock-up of their 3 Feet High And Rising artwork, as well as some behind the scenes footage of them in the recording studio.